Probyn column: Truth about that players World Cup pool in 1991 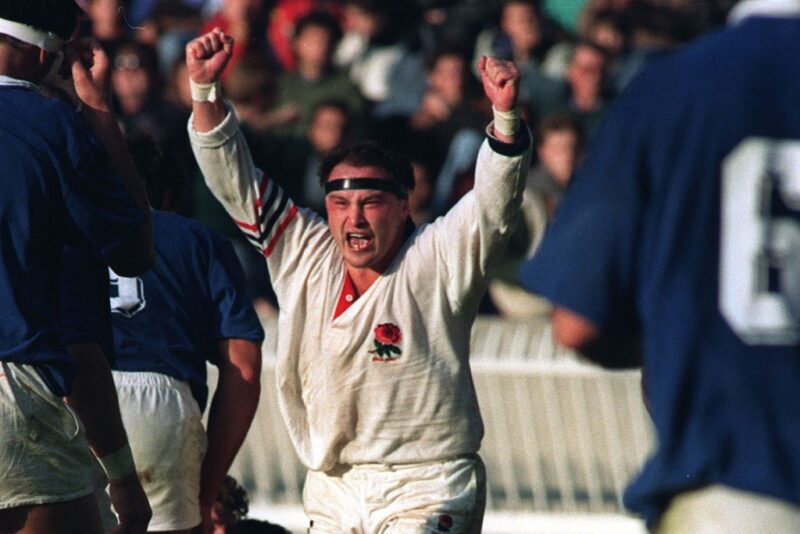 It’s funny how time makes some memories fade and change the facts that were once so clear.

Last week week I listened to The Reunion on Radio 4 ‘When rugby turned pro’ and was surprised to hear a strange version of events from the past re-worked.

Until the late 70s, early 80s the RFU had little or no marketing experience and were not exploiting the financial potential that was in the game until, under Dudley Wood as secretary, they employed their first marketing manager (Mike Coley) who, by organising better sponsorship and marketing, dramatically improved the finances of the RFU.

During the late 80s and early 90s the international game was growing and all unions were reaping the benefit in the growth of interest in the game while the players’ status remained amateur.

Part of that growth was due to the formation of the first Rugby World Cup in 1987 which, even though a number of countries were sceptical about it being successful, was a watershed moment for the game in its advance towards professionalism.

A World Cup rapidly increased the demands placed on players’ time with increased training and more time away from work, all of which made the call for some form of recompense a more pressing issue.

At the time, one of the more vocal of the players for change was Brian Moore, who in the build-up to the 1991 World Cup pushed for the team to set up a company that would raise money within the IRB rules, rather like the All Blacks had done a few years before.

The company was called Player Vision and it used a management company called Parallel Media who dealt with the day-to-day workings of the company with a small group of players (including Brian) to watch over the squads’ interests.

Obviously this attracted the attention of the RFU and it was decided that each of the players would meet with various members of the committee to explain our plan.

Brian and I met with Mike Coley and agreed a marketing strategy that was approved by the RFU.  I also met with Sandy Sanders and Dudley Wood, both of whom I feel Brian castigated unfairly in the radio programme.

Sanders was only interested in rugby as the amateur game it had always been and said he wasn’t against change, but would stand down if the game changed – and he stood down when it changed.

Dudley Wood was the secretary of the union at the time and was, as far as Brian was concerned, totally against the professional game.

If that were true, he could have stopped Player Vision but he didn’t. Dudley Wood was a businessman and knew that even as fast as rugby was growing at the time, it could not survive as a professional game below international level.

It was a fact. At that time the clubs had neither the infrastructure, footfall, marketing, nor TV contracts to be able to afford a full time professional squad of paid players, and many still don’t as the increasing annual debt of the Premiership has shown.

During the radio show it was said that we received £1,000 from the RFU which was untrue as Rugby World Cup rules banned any payments to players, except expenses, at that time.

In the meantime Player Vision had earned around half a million pounds from sponsors of which we as a squad of 24 players received £1,000 each during the World Cup as an interim payment.

Once the season was over we were all awaiting a further payout. Instead we received a letter telling us the company was £16,000 in the red and that we would all have to commit for the following season for which we would receive another £1,000 each and the debt would be cleared.

The rest of the squad, including me, were never given a full explanation or set of accounts to explain what happened to the money, or where the money went. Not even by our group of players on the board, including Brian.

Player Vision folded and was never spoken of again but the growth of the media interest that came from the 1991 World Cup created a battle between two media tycoons – Kerry Packer and Rupert Murdoch – leading into the 1995 World Cup.

Packer went for the players, offering to form a rebel rugby circus like he had achieved with cricket; Murdoch went for the unions offering big TV deals that would give them the money to ultimately fund a professional game.

Although a number of players signed with Packer, once the unions agreed to Murdoch’s offer the IRB declared the game open and the circus never happened.

At the end of the programme those who were taking part – Brian Moore, Welsh international John Devereux, Australia captain Michael Lynagh, the former secretary of the English RFU Tony Hallett, and the Daily Telegraph’s Rugby Union correspondent Mick Cleary – all agreed that the game below professional level has continued as it always had, but that could not be further from reality.

As Dudley Wood predicted, the professional game at club level is sucking all the money out of the amateur grassroots game.

Clubs have lost around half their senior male teams which reduces the capacity of the unions and clubs to find volunteers to run the game at that level.

As Moore said at the end of the show, in fact tacitly agreeing with Dudley Wood, “The professional game can’t take all the money and must understand the needs of the grassroots.”