Posted on 27th May 2020 by admin in Columnists, Features 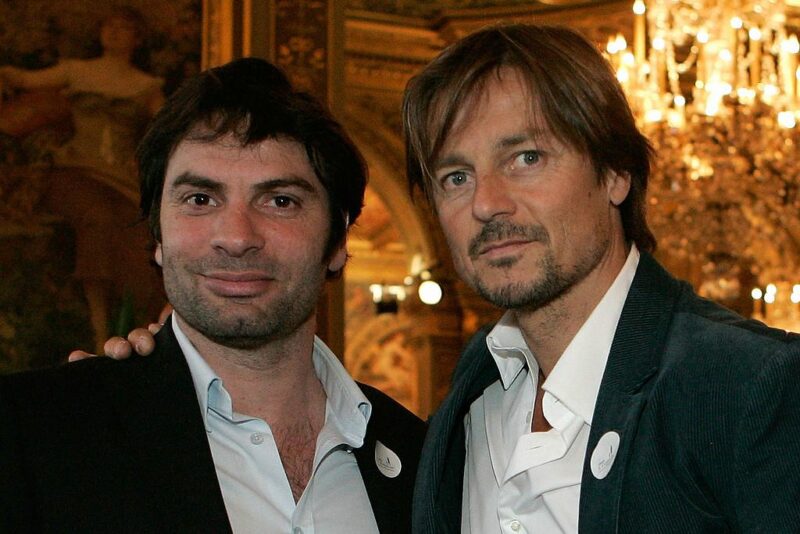 France’s Top 14 clubs are currently pretty quiet. There’s some news of player moves, and updates on planned pre-season friendlies in August ahead of a hoped-for return to action in early September. Look just one league lower, however, and it’s a noticeably different story.

The ProD2 is without doubt the strongest second-tier league in Europe. It is the current home of former top flight giants Perpignan, Biarritz and Beziers – not to mention Oyonnax, Grenoble and Montauban.

It’s also home to rising sides from beyond French rugby’s traditional heartlands. Vannes became the first Breton side to reach the professional heights when they won promotion to the ProD2 in 2017. Two seasons later, they reached the promotion play-offs for the Top 14.

Neighbouring Normandy, meanwhile, is four-square behind ambitious Rouen – so much so that the club changed their name last season from Stade Rouennaise to Rouen Normandie, to reflect this region-wide support.

The club’s manager, former England scrum-half Richard Hill, has a target – to be in the Top 14 within the next few years. So far, he has been operating on a consolidation-year, promotion-year cycle, but he’s allowing himself a little extra time to make that final step.

Rouen’s first season in the ProD2 was as tough as expected – the club were second from bottom, with six wins from 23, when the pandemic brought the season to a halt.

Hill has been working the transfer market. Signing Carl Fearns, out of contract at Lyon and staring retirement in the face, looks like a smart move all round. He’s also brought in Samoa prop James Johnston from Brive, and Marvin Woki, the brother of rapidly-rising France star Cameron.

Biarritz, it appears, have not let financial worries get in the way of their ambition. An over-inflated wage bill and dip in sponsorship has left the club fighting for survival – an emergency general meeting this spring had to be cancelled because of the lockdown. Despite this, they have signed Francis Saili from Harlequins – and word in France is they may be close to a deal to bring Australian back Henry Speight to Parc des Sports d’Aguilera.

They’ve also bagged Darly Domvo, one of French rugby’s unfortunates, whose career has been blighted by injury. If he can string together a few games, he could be the signing of the season.

Perpignan have, so far, mostly kept their noses out of the transfer trough – though they have brought in Fijian international fly-half Ben Volavola from Racing 92. His departure from La Defense Arena was no real surprise. He was already behind Finn Russell and Francois Trinh-Duc in the Racing pecking order when the arrival of multi-positional Kurtley Beale cut his options further. Aime Giral could be an interesting place next season, with dangerous runners outside the sometimes inspired 10.

But the most fascinating story involves Beziers – a club that holds a serious claim to the phrase ‘Sleeping Giant’. Between 1960 and 1984, the club claimed 11 French championship crowns and were runners-up four times.

Former France international Christophe Dominici is the public face of a reported bid from a mysterious Emirati billionaire – who, it is claimed, is close to the Emirati royal family – to buy the debt-ridden club for a symbolic €1. He has offered to wipe out the club’s debts and invest €7m to build a team to challenge for promotion.

Dominici was an intriguing choice to front the potential buyout. Beziers’ bosses have refused to even meet with him so far, claiming he ‘carries baggage’.

In a statement, which – perhaps unwisely – moved negotiations into the public sphere and issued an ultimatum, the potential buyers said: “The first time we came to Beziers it was to see if we would buy a vineyard.

“The friendly and warm welcome made us appreciate the region and its people… in the warmth of discussions, we were shown the difficulties Beziers face, and we were asked to offer our support.

“Our proposition will last until the end of the month. It’s not sponsorship but a love affair which only presents itself once. It seems some parties want to obstruct us and keep the club in ProD2 to see it suffer for personal interests… we will never enter into this type of system and we would prefer to pull back towards other horizons.”

In a counter statement on the club’s website, co-presidents Olivier Valaize and Cedric Bistue said they had been working for “more than ten months on the possibility of a takeover or a capital evolution” of the club.

They described Dominici-less meetings with representatives of the Emirati business as unconstructive. Nevertheless, the statement added, they had, “left the door open for a concrete proposal… which has not yet been answered at this time”.

The town’s far-right mayor Robert Menard was also wary. He told Midi Olympique that he ‘understood’ the reticence of the club’s owners.

“You can’t give the keys to a club to someone you don’t know. These investors, I’ve seen them twice in my life. Christopher Dominici hasn’t seen them any more than I have.

“If you’re telling me you’re a billionaire, I want to make sure you really are. Right now, we don’t know that. We have no bank guarantees, nothing.”

But, the deal may not be entirely dead in the water. The presidents had been holding out for local businessman Louis-Pierre Angelotti to finalise a planned investment in the club – but late this week, he pulled back from a deal, citing the hit on his business of the economic fallout of the pandemic.

It is now being reported that, despite those feathers ruffled in earlier meetings, the Emirati proposal is very much back on the table.

Further discussions are expected to take place this week.