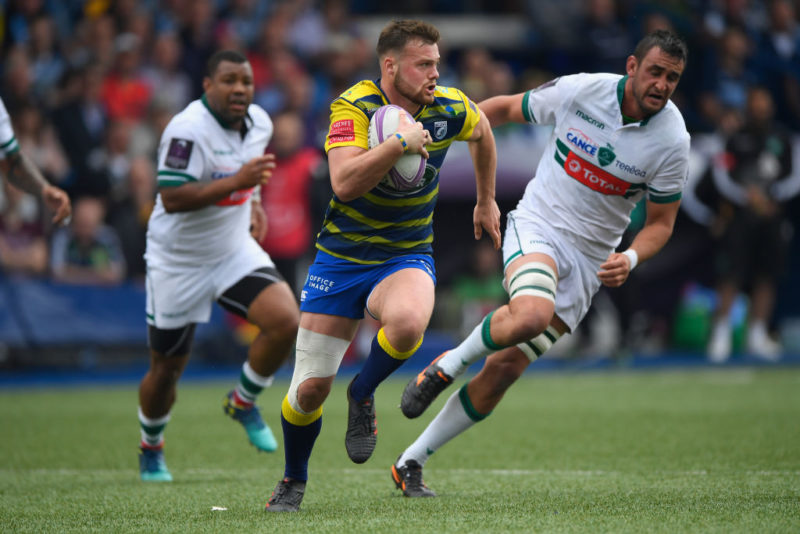 The World Cup has been in all our thoughts this year, but from a Welsh perspective the focus will really ramp up this week. Warren Gatland will name an extended World Cup training squad on Tuesday and he will do so from a position of luxury.

Warren will pick somewhere in the region of 45 to 50 players and even though it is a wider party, it is still quite early for Wales to be going down the selection route.

The other major nations are nowhere near picking their first squad, but for me that says everything about where Wales are at the moment. Warren has a successful and settled squad at his disposal and personally, I can’t see too many shock selections being named.

We all know Warren likes a World Cup bolter and in 2015 the likes of Matthew Morgan and Dominic Day went on to make the final cut of 31. I don’t think anyone could have seen that coming.

For 2019 I think things will be a little different. Wales now have a hugely competitive squad, but one which is fairly settled. In my view there is no need to rock the boat with left-field selections when you’ve won 14 games in a row, have sealed a Six Nations Grand Slam, and are second in the world.

Most of the names Warren will announce on Tuesday pick themselves. The first interesting point for me is who will be selected from the guys who have been out with long-term injuries.

I’d expect Aaron Shingler, Ellis Jenkins and Taulupe Faletau to all be named and if fit – that’s a big if – I think all three should go to Japan. Ellis suffered a nasty knee injury against South Africa in November and Taulupe just hasn’t had any luck with two broken arms this season.

We all know their class, though, and Taulupe is still Wales’ best No.8, as good as Ross Moriarty has done in that position in the last two campaigns. The interesting one for me is Shingler. He hasn’t played rugby in nearly a year and has missed all of this season.

My sources tell that the news on Aaron is positive and he is going along the right path. Wales have to give him the chance to show his fitness over the summer camps.

He could yet prove to be a vital component of the squad for Japan because he ticks so many boxes – he’s a good utility back row option, excellent at the line-out, and if needs be, he can also play lock.

That sort of versatility is going to be vital.

Elsewhere in the forwards I’m sure there will be nervous waits for the likes of Kristian Dacey, James Davies and Bradley Davies, and in Sale’s WillGriff John, I think Warren could have a prop bolter to consider. Wales have plenty of tighthead options in Tomas Francis, Samson Lee, Dillon Lewis and Leon Brown, but it’s a worry for me that Samson can’t seem to stay fit for long periods.

John could be an option to consider. He’s a regular starter for Sale in the English Premiership and if you saw their game with La Rochelle in the European Challenge Cup semi-finals, you’d have been as impressed as I was. Sale might have lost the game, but against a giant French scrum John was rock solid and had mammoth France prop Dany Priso in trouble on a few occasions.

Time will tell if he makes the cut, but it’s the backs I’m really interested in.

One uncapped player who has to be included for me is Owen Lane. He’s been on fire with Cardiff Blues during the latter stages of this season and I really like his combination of power and pace.

He reminds me a bit of Alex Cuthbert when he burst on to the scene with Wales and went on to become a key figure in the 2012 Grand Slam.

Owen still needs to work on his defence a bit, and his kicking and aerial game, but that will come in time because we have to remember he is still only 21.

When you look at Wales’ current wing options, a lot of them are very similar.

I’m not saying that’s a bad thing – it isn’t at all – but Owen offers something different to the likes of Liam Williams, Josh Adams, Steffan Evans, Hallam Amos and Luke Morgan.

In many ways he’s more similar to George North in terms of the brute strength he can bring to the wide channels. The try he scored against Connacht in Galway a few weeks back was a good example. He just swatted defenders off on the way to the line.

Owen might not make the final cut for the World Cup, but I think it will still be invaluable for him to get a taste of the Wales environment this summer. For me it’s only a matter of time before he gets a Test cap.

In the centres Scott Williams has been out for a long time but will surely be named, while an interesting one is Jamie Roberts. Unfortunately I think it might be a bit late for Jamie.

Two guys who haven’t been around the Wales set-up for a while are Sam Davies and Owen Williams. They seem to have fallen out of favour and that’s a shame for me because both are hugely talented.

It’s easy to forget that you only have to go back to November 2017 when Owen was starting in the Wales No.12 shirt. Sam was also involved in that year’s Six Nations.

Both men face crucial junctures in their careers this summer and while I know they will have financial offers to consider, both men need to be playing in Wales moving forwards.

One player who won’t be named in the squad on Tuesday is Rhys Webb. He can’t be picked as things stand, but I still wouldn’t rule him out of the tournament.

Of course he has to return from Toulon for that to happen, but Wales could still pick him for their final

31-man squad even if he misses out on the training camps. To me Rhys is the only potential big question mark among what is a settled Wales environment.

What you will see on Tuesday is a squad named by Warren that is among the best in the world and has a serious chance of glory in Japan. That, by the way, is not me getting ahead of myself.

There will be no stone left unturned and there is a lot of hard and gruelling fitness work ahead for the Wales players this summer, but if we can’t believe we can win the World Cup with the team we have now, then we never will. Come on Wales!