Home / Features / Columnists / Guscott column: Wayne Pivac may have to drop Biggar to suit his blueprint

Guscott column: Wayne Pivac may have to drop Biggar to suit his blueprint 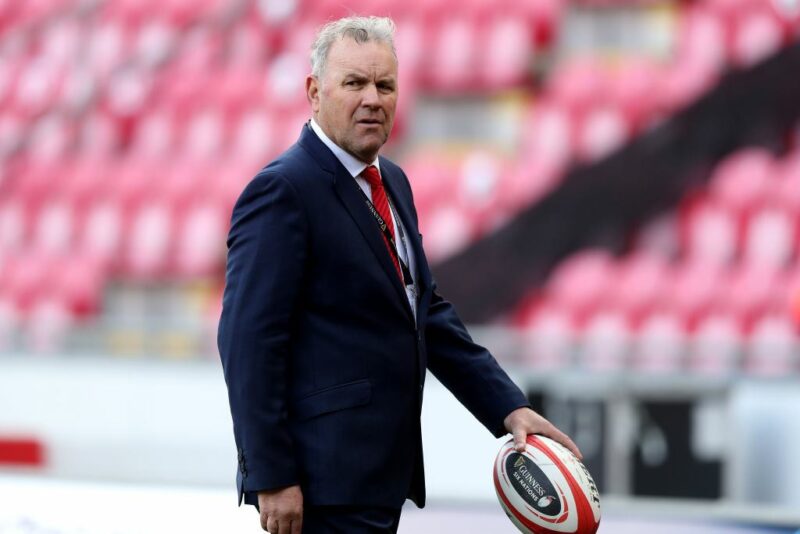 THE big change for Wales is adjusting to Wayne Pivac and the new coaching set-up of Stephen Jones and Jonathan Humphreys after 12 years of a very experienced, established set-up under Warren Gatland, Shaun Edwards and Robin McBryde.

Pivac now faces the sort of headlines no coach wants after taking over as Wales coach and finishing in fifth place in the 2020 Six Nations after last weekend’s 14-10 home loss to Scotland, only a season after they were crowned Grand Slam champions for the last time under Gatland.

There is an adjustment you go through with any new coach coming in, and if you lose 300 caps of experience it takes a while for a team to adapt. Also, even though Pivac has coached Auckland, Fiji, North Harbour and the Scarlets, if you compare the international experience of his group of coaches with that of Gatland’s, there is a big gap.

There has been masses of change in the coaching and management of the Wales squad within the space of 18 months, and that means that Pivac has to rely heavily on the experience of players like Alun Wyn Jones, Ken Owens, Taulupe Faletau, Justin Tipuric, Jonathan Davies and George North to give the players a steer in the right direction.

Pivac is up and running in one sense because he and attack coach Stephen Jones know the Scarlets players very well – but as head coach he has to decide whether he wants to play the Scarlets way, or whether he needs to change and create a new style to suit all the Welsh players.

You usually associate a style with the coach rather than the players, which is evident when you look back on the Gatland era. I thought the ‘Warrenball’ stuff was disrespectful, because Gatland is a coach who sees the best players available to him, and then selects the best style of play to get the best out of them.

The Scarlets under Pivac played a very attractive style, and after winning the Pro12 title in 2017 we were waiting to see if it would transfer to the European Cup – but they were not able to match the ultimate success in that tournament of European champion teams like Saracens, Leinster, and now Exeter.

All those club teams built their game on formidable packs, and likewise you will not see a Six Nations Grand Slam or Championship-winning team where the coach has not put together a dominant pack. That means it has great scrummagers and lineout forwards, an unstoppable driving maul, a destructive edge at the breakdown, and three or four world class ball-carriers.

If Wales cannot initially meet all those requirements up front then you get as close to it as you can, and work on the improvements required in technique and skill so you are always competitive.

There are a few stalwarts in the pack who know what needs to be done. It’s likely that Alun Wyn at 35, and Owens at 33, will struggle to make it through to the next World Cup, but Tipuric at 31 should make it, because he still plays like a 25-year-old, and Faletau, who is nearly 30, should also have the legs to get there. There are good young forwards coming through in the back row like Aaron Wainwright, and the new youngster they are all talking about, Shane Lewis-Hughes, who made his debut against the Scots. In addition there’s some depth at lock with Cory Hill, Will Rowlands, and Seb Davies coming through.

The other good news for Pivac is that the experience in his backline is huge, and with North 28, Liam Williams 29, Dan Biggar and Leigh Halfpenny both 31, they are all likely to make it to the 2023 World Cup. However, the knee injury to Jonathan Davies will probably slow him down a bit, and, at 32, he might not make it.

So, it is fair to say that after a dip to fifth place, the only way it can go for Wales and Pivac is up. It can’t get any worse, otherwise the head coach probably won’t be around for too long.

I see it getting better, because judging from Pivac’s time at the Scarlets he is a coach that players enjoy playing for – and with his close affiliation with Stephen Jones, I would back them to bring Wales together.

I guess they will be looking for another inspirational back three player, even though they have two already in Josh Adams and Liam Williams. Adams is getting better and better – he is a great try-scorer who reads the game well – and Williams has proven credentials at Test level. However, they could do with another gifted player like North coming through, and they will also have to get the blend of inexperience and talent right in midfield, so that Owen Watkin (24) and Nick Tompkins (25) are more prominent than they were against Scotland.

Basically, Wales should have played the conditions better – which may be not always be to a Scarlets way and shape. I’m sure that Wales have the players to play any style, but if you want to play a kicking game it has to be accurate. I don’t see the point of playing too much rugby in your own half, unless the opposition is very inferior. So, you want an efficient exit strategy before showing your attacking ambition by getting quick ball to where the gaps are in the opposition half.

Wales and Scotland was a very tight game with both teams slowing the ball down, and while the first Welsh hit-up into contact was okay, their ability to get over the advantage line to get quick ball from second, third and fourth phase needs work. Having said that, Wales showed great patience and phase building when scoring their first try, not an area you associate with Pivac’s style.

There is still plenty to like about Wales. Gareth Davies is still very dangerous around the fringes, and Biggar, who is playing flatter, is a very solid, brave, fit 10. Biggar also has genuine competition from Rhys Patchell, who is more of a running fly-half, and better at 10 than he is at full-back.

I have great respect for Biggar, but if Pivac wants Wales to play more of a running style – with a view to playing Gareth Anscombe, who is out for another 11 months with a knee injury, at fly-half – then Patchell is more in that mould.