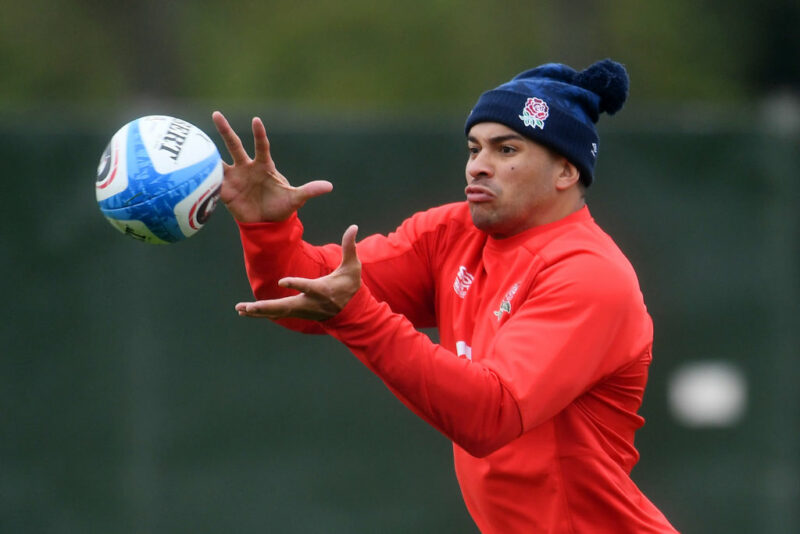 ENGLAND have not been good at restarts between one tournament and another over the last year, otherwise they would be playing for a Six Nations Grand Slam in Rome on Saturday, rather than the less glitzy next-best-thing, which is a Championship title.

A few video clips this week from their 24-17 defeat to France in the opening-round of the 2020 Six Nations in Paris in February – three months after their 2019 World Cup final defeat – should serve as a reminder to Eddie Jones’ crew that few teams are good enough to survive unscathed if they amble into international competition, rather than hitting the ground running.

A few more clips of Italy’s three tries against the French in their 35-22 loss on the same Stade de France pitch a week later, will tell them that even a side that has dropped to 14th in the World Rugby rankings can draw blood if your defence drops its guard at any stage.

Make errors of that magnitude in Rome, and suddenly the final round resumption of the longest Six Nations there has been – after nearly an eight month pandemic-induced interruption – might have an even longer fallout for an England team which goes into it with the odds of winning the title on points difference firmly in its favour.

With Ireland and France also in the hunt, the other hurdle that England have to contend with is that their handy warm-up against the Barbarians, scheduled for today at Twickenham, came a cropper when it was cancelled on Friday. This was due to amateurish old-style wining-and-dining breakouts by the Barbarians players from their Covid-free bubble (see sidebar right).

The upshot is that England head coach Jones has not had the chance to assess the readiness of Ollie Lawrence, the powerful Worcester pinball wizard, to solve, in one fell swoop, the midfield selection issues posed by the injuries to Manu Tuilagi and George Ford.

Starting the uncapped 21-year-old Lawrence against the Italians would be a risk, and Jones’ preferred method is to introduce new players off the bench in the last ten minutes for their first few Tests. However, ‘Fast Eddie’ may have to gamble, because, at some stage at the Stadio Olimpico, England will have to rattle the scoreboard with the speed of their try-scoring if they are to secure the third Six Nations title of his tenure.

England are often at their most effective when they use a powerful inside centre to smash over the gain-line, and while Lawrence is not quite as big as Tuilagi, at 5ft 11ins and 15st 10lbs/100kg, his acceleration, low centre of gravity, and sheer dynamism make him a handful.

Lawrence has played at 12 and 13, but although he prefers the outside centre role, he is unlikely to quibble if he gets the chance to win a first cap at inside centre against Italy – especially if he is given a crystal clear role with players of the experience of Owen Farrell and Henry Slade on either side.

Another option open to Jones is to draft-in the Exeter inside centre, Ollie Devoto. The rangy Devoto has been hampered by injuries, but along with the size (6ft 4ins, 16st 3lbs/103kg), and the pace to trouble defences, he also has passing ability which on occasions borders on sublime.

The alternative is for the England coach to opt for the more conservative route of a 12-13 midfield pairing of Piers Francis and Slade – or, if Slade is comfortable moving back to inside centre, pairing him with Jonathan Joseph.

What this shows is that, instead of England being short of midfield combos, there is actually a smorgasbord of options, and that all Jones has to do is make the tricky choice of picking the right inside centre for the smash-and-grab raid in Rome.

It is fine judgements of this kind that he is paid £750k a year to make, but my advice, which he can have for £1.80, would be to back Lawrence. Jones needs the medium-term insurance of an alternative to Tuilagi, and the short-term necessity of an inside centre who can get over the advantage line against Italy.

The in-form Worcester warrior ticks both boxes, and he has also been around the England camp since Jones called him into training in 2018, so he should be familiar with the environment.

The only other position where Jones may consider an infusion of new blood is at lock. The departure of George Kruis to Japan, and the ankle injury that is expected to keep Courtney Lawes out until the New Year, means that opportunity has come knocking for Bath skipper Charlie Ewels, the newly-promoted young Northampton duo of Alex Moon and David Ribbans, or, last but not least, Exeter’s Jonny Hill.

Ewels is the best established of the quartet, with 14 caps, dating back to 2016. These include a first Six Nations start against France this season, and a place on the bench up to the Wales game. Based on what we have seen of the Northampton pack since the restart, Ribbans and Moon are both works in progress. Which brings us to Hill, left, who is not only challenging Ewels, but also embedded regulars like Joe Launchbury and Lawes.

Jones is very unlikely to experiment at lock against Italy if the seasoned pairing of Maro Itoje and Launchbury are available to him – however, Hill’s form for Exeter this season means that by any meritocratic yardstick he is pushing very hard for inclusion on the bench against the Azzurri.

At 6ft 7ins, Hill has one or two inches in height over most of the incumbents, but, more importantly, he has the athleticism to make it count in the air. On top of that, his mobility, high tackle counts, and low chest-down driving technique in the loose, make him an important asset to any pack.

In the back row Jones is unlikely to tamper with the trio of Tom Curry, Sam Underhill, and Billy Vunipola that had the promise of greatness about it after eclipsing both Australia and New Zealand at the 2019 World Cup.

Even so, nothing stands still in rugby, and this is illustrated clearly by the way England have gone from famine to feast at openside flanker since Jones arrived.

While Curry has rightly been lauded for an all-court game of world-class calibre, in my view Underhill is equally effective, not least because of his elemental physicality. What we know is that Underhill and Curry can be dynamite together, and if Billy Vunipola can find his top gear again, England will produce plenty of quality quick ball against Italy. That will leave Ben Youngs with the task of celebrating his 100th cap by delivering it with the speed to put Farrell and company in business.

However, the England coach has a happy dilemma looming in the back row, because he has two more exceptional young opensides to consider in Jack Willis and Ben Earl. Earl is a high-quality carrier with the skills of a centre, but is broadly in the same mould as Curry and Underhill – whereas Willis is something else.

While the remarkable volume of the Wasps flanker’s turnover count has been well documented, what has not been explained as clearly is that the ball he wins at the breakdown is gold-dust – especially if a team knows what to do with it.

Many English scrum-halves commit the cardinal sin of box-kicking away breakdown steals, rather than using the Wasps policy this season of launching ball-in-hand attacks against compromised defences. Flankers with the breakdown homing-in radar, flexibility, and grappling strength of Willis do not come along very often – as Jones knows from having George Smith on his books with both the Brumbies, and the Wallabies.

Consequently, Eddie understands more than most coaches what a game-changing influence a player like Willis can have – particularly when it comes to racking up quick tries against teams whose whole pattern has been fractured because they have lost ball they were expecting to attack with, and are caught on the hop in defence.

Fortunately for Italy, Willis is unlikely to be in England’s starting 15. At this juncture, a place on the bench might also be out of his reach – but if Jones is thinking about scoring as many points as fast as he can against the Italians, he might be sorely tempted to include Willis in the 23.

In most respects, however, expect Jones to stick with his tried and tested.