Posted on 12th September 2020 by admin in Columnists, Features, Jeff Probyn with 0 Comments 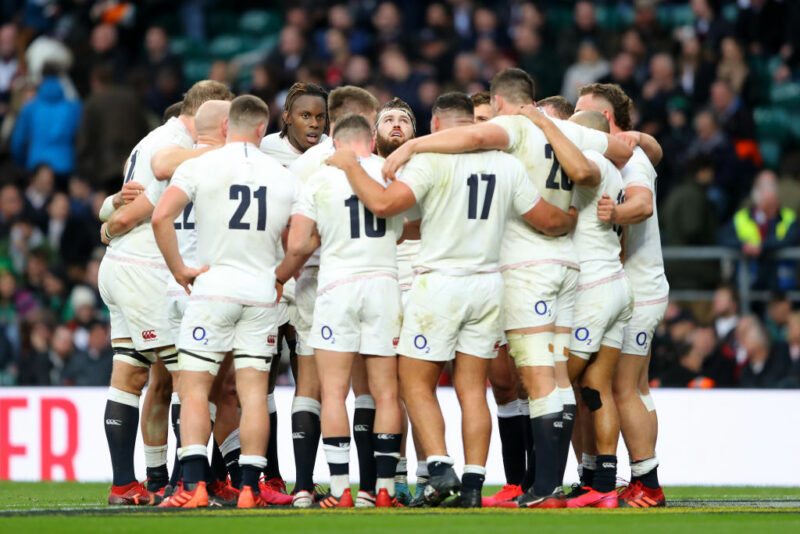 As usual, The Rugby Paper throws up a series of articles that expose the way the majority of the rugby public are thinking. Not least last week’s front page article interview with Berkshire RFU and Rams Rugby chairman Andy Lynch.

Andy found it hard to suppress his anger at the apparent way the RFU have continued to fund the Premiership’s £27.5 million a year deal, while citing a 70 per cent cut in funding and support staff to the grassroots, plus how RFU chief excecutive Bill Sweeney will be judged and remembered on how he reacts now.

While I understand Andy’s anger, I have said many times the RFU have little or no choice but to honour the agreement reached by ex-Premiership chairman Ian Ritchie, when he was RFU CEO and the clubs.

All agreements between the RFU and the Premiership are subject to a legally-binding contract which if either party break would leave them open to litigation.

At the same time it has always puzzled me why the RFU have to pay so much for the release of players for what is a limited amount of time outside of the World Rugby’s Regulation 9 when players must be released to play internationals.

Then there’s the RFU payments to players who, even with a 25 per cent cut, remain the group paid the highest match fee of any country in the rugby world.

It remains a fact that any player with sense would willingly play for England for nothing, as it will more than double the money they will earn from their club and sponsors.

Which brings us to the idea that as a result of the financial crisis caused by the virus, the RFU could perhaps centrally contract players to relieve the Premiership of some of their financial worries.

There is more chance of getting free tickets to all the Autumn Internationals and the Lions tours than the clubs ever giving up control of the players.

The Premiership know it is that control that gives the clubs the power to extort as much money as they currently do from the RFU while the rest of the game struggles to survive.

Central contracts would mean the RFU not paying for player release no matter how many games England played as long as the players remained in England.

Meanwhile, on the letters page John Allanson points out that, to a certain extent, it is the focus on the first team by clubs to try and climb or survive on the league ladder which has seen a reduction in the number of 2nd and 3rd teams, minis and juniors, which is the main cause for grassroots clubs demise.

This John says cannot be blamed on the RFU as clubs have chosen to divert funding in an attempt to improve their first teams and have not made the best use of available facilities to generate money and players – but actually he is wrong.

Way back in 1987 when the RFU were trying to sell the idea of league- based games to clubs who played a number of traditional fixtures that were almost cast in stone, they made a couple of promises.

Those promises were first that there would be no barriers to promotion. If a club could organise themselves off and on the field and win games, they could go from the bottom to the top of the leagues.

This promise still remains true today although there have been a number of caveats added over the years as the top league has tried to protect itself from any upstarts below.

The second promise was that the RFU would provide a level of incremental funding at every step of the way and it was that promise that encouraged clubs to sacrifice their lower teams in the hope of promotion to a higher league, where the plan was to restart their junior sides.

Unfortunately, this promise was broken almost as soon as it was made with incremental funding never really taking off with the dawn of professional rugby sounding its death knell.

Without the incremental funding even the clubs that were promoted were unable to restart their lower teams and have had to focus on the first team and minis and juniors to survive.

The demands of the professional game has put pressure on RFU funds since its inception which have increased almost exponentially over the years compared to income.

Sweeney has taken the reigns at a particularly bad time with debts from the East Stand and the coronavirus impacting on the money available that the union has to play with and can generate.

He has managed to persuade the playing contingent, management and players, to take a cut in wages but this has not been enough to save a number of jobs at HQ.

However, Sweeney has a major role in defining the future of the game at least for the foreseeable future as he leads the RFU in the next round of negotiations with the Premiership for their next tranche of cash.

With the eight-year deal signed by Ritchie in 2016 reaching its halfway point, the union have the chance to dramatically reduce the amount they currently pay the Premiership.

The original agreement was divided into two sections with a re-negotiation halfway through that PRL hoped would see an increase in funds for their members but the virus has changed everything.

With the RFU facing eye-watering losses this season it is likely they will try and reduce the level of payments to the clubs.

How far, and if, Sweeney is able to push the Premiership into accepting lower payments for the next four years will be his defining legacy.