Cain column: No room for ‘Razor’ in Gatland’s Lions 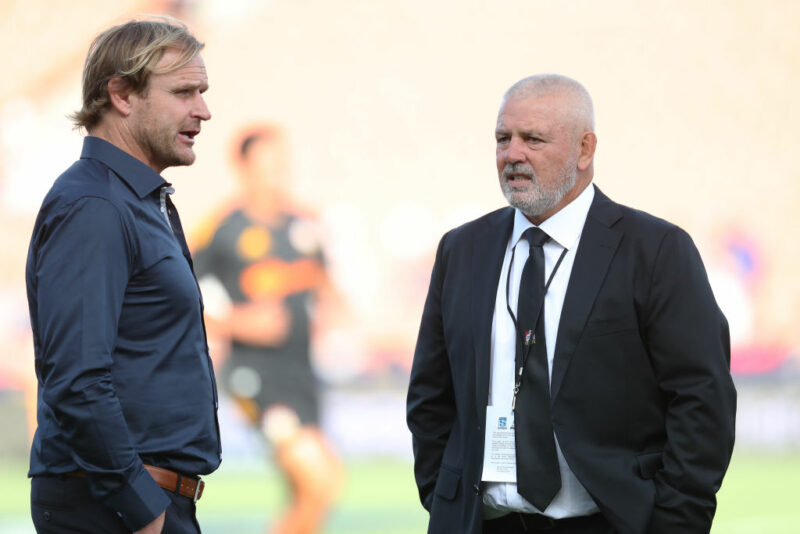 SCOTT Robertson is the hottest young coaching talent not just in New Zealand, but globally, and having just landed a fourth consecutive Super Rugby title with the Crusaders, he’s got itchy feet.

Hence his approach to Warren Gatland to sound-out if there is a place available on the Lions coaching team for next summer’s tour of South Africa.

The subplot here is that Robertson is not happy with the way that NZ rugby has failed to provide him with an outline of where he fits into their future plans following his unsuccessful recent bid to succeed Steve Hansen as All Black head coach.

Robertson, who lost out to Ian Foster in the All Black head honcho selection race, is said to have been unhappy with the process, which had a pre-ordained feel to it. Foster, it seems, had already been given the nod after seven years as Hansen’s assistant, including being part of the 2015 World Cup double-winning campaign.

Even though the machinations surrounding the All Black coaching succession puts a slightly different complexion on the 45-year-old Robertson’s interest in the Lions, I have no doubt about the sincerity of his approach – because he has a burning desire to coach at the highest level.

He explained in a recent radio interview why he spoke to Gatland: “I thought, look, if I can’t be involved with the All Blacks, what’s the biggest thing – actually bigger in its own self, the Lions tour, to get involved in.”

There is also very little doubt that, given his experience of South African teams and players from Super Rugby, as well as his acute rugby brain, that the break-dancing Robertson would be a significant coaching asset for the Lions.

The problem is that however tempting Robinson’s credentials are, it would be sending totally the wrong signals if the Lions included him at the expense of promising homegrown coaches working in England, Wales, Ireland and Scotland.

An array of coaches with dedication and ability, such as Stuart Lancaster (Leinster), Rob Baxter (Exeter), Alex Sanderson (Saracens), Lee Blackett (Wasps), Richard Cockerill (Edinburgh), and Dan McFarland (Ulster), might also be fired by the prospect of gaining international experience in the white-heat of a series between the Lions and the world champion Springboks.

I have never had any issue with the Kiwi-born Gatland’s involvement with the Lions, simply because he has been adopted by the Home Unions after spending his entire senior coaching career in Ireland, England, and Wales over a 25 year period.

That has given Gatland impeccable qualifications to coach the Lions, and he has rewarded the faith shown in him by recovering from the narrow setback in South Africa as an assistant coach in 2009, to secure a series victory in Australia in his first outing as head coach in 2013.

When Gatland in many ways surpassed that achievement by securing a series draw against New Zealand in 2017 — despite the massive handicap of virtually no preparation time against the double world champions — he deservedly booked his place in the pantheon of great Lions coaches, alongside Carwyn James, Syd Millar, and Ian McGeechan.

By comparison, former All Black back-rower Robertson has not coached in Britain or Ireland – although he did have a three-year swansong as a player in south-west France with Perpignan.

He revealed that coaching in France might be another outlet for him at some stage, saying: “One of the reasons I played in France is so I could learn French to coach there one-day. If that’s the right thing, and the right timing, then great. I’ve got some options.”

A further factor that closes off the Lions option to Robertson is that his expertise on the South Africans is unlikely to be matched by his knowledge of the Lions players he would be coaching – and the short time frame of a six-week tour is not sufficient to acquire either the level of detail about them, or the familiarity, to build the necessary relationships.

Last, but not least, is the perception that NZ Rugby is not renowned for opening its doors to overseas coaches, mainly for fear that they will return home with dossiers on how the All Black magic is created.

The sabbaticals taken by Ronan O’Gara and Mark Jones at the Crusaders during Robertson’s tenure there as head coach, are very much the exception rather than the rule.

Robertson has a reputation as not only a fine coach, but a good man, and his ambition to get as much exposure at international level as possible is what you would expect.

However, the Lions is the apex of coaching in Britain and Ireland, and those selected to represent the most elite touring side in this sport should reflect that tradition.

Scott ‘Razor’ Robertson comes from a different tradition, and just as his coaching career so far has been in New Zealand with Canterbury and the Crusaders, it is a sure thing – unless NZ Rugby commit a massive blunder — that his future will be with the All Blacks.

It is a sign of the esteem in which the Lions are held that Robertson should offer his services, but in this instance, they should thank him, but politely decline.