Home / Features / Columnists / Hewett column: Heads out of the bunker chaps and point the way!

Hewett column: Heads out of the bunker chaps and point the way!

Posted on 29th July 2020 by admin in Columnists, Features 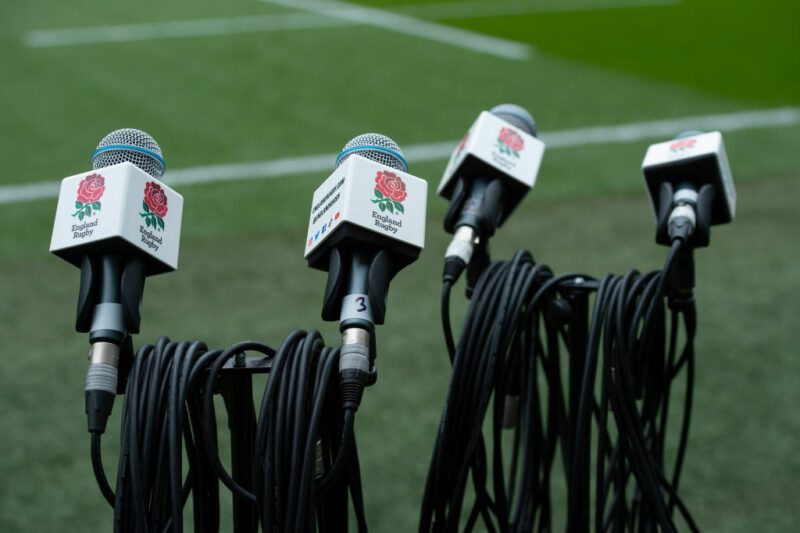 Lady Godiva’s dress-down ride through Coventry; Sir Thomas Fairfax’s rout of the Royalist forces south of Bristol; the first stirrings of the Battle of Britain; the attack on the Rainbow Warrior in Auckland: all things considered, the 10th day of July had more than its share of historical resonance even before Darren Childs addressed the rugby nation.

For month after pandemic-blighted month – 109 days according to The Sun newspaper, which was keeping count – the Premiership Rugby chief executive’s approach to public relations was marginally less proactive than Lord Lucan’s. The sport was in freefall, yet the man paid handsomely to run it was keeping schtum about where and when it might land.

When Childs finally emerged from his own lockdown, he offered precious little hard information. Why so elusive in the first place? If he had nothing to say, he could have said it in late March or mid-April and spared himself a torrent of criticism instead of appearing to treat the English rugby public with disdain.

But then, Premiership Rugby does not have a monopoly on non-communication. The sound of silence is to be heard virtually everywhere, and it is deafening.

World Rugby, the non-governing governing body, is hardly lacking in self-importance: its Press releases about experimental law changes read like Papal Bulls and might as well be written in Latin. But in reality, it does not know which way is up.

This is unsurprising: it is difficult to have confidence in a sporting organisation capable of holding their showpiece event in a typhoon-threatened country without drawing up a proper contingency plan to deal with the effects of a typhoon. But the wreckage of their Nations Cup plan, the calls for an investigation into their recent leadership election and their struggle to bring the “global season” soap opera to a satisfactory conclusion point to a body unfit for purpose.

More alarming still is the dead air surrounding CVC Capital Partners, the private equity company that has purchased hefty chunks of both the Premiership and the Pro14 and is currently eyebrow-deep in negotiations with the Six Nations for a significant shareholding in the game’s most valuable annual tournament.

To take the charitable view of a business that is very definitely NOT a charity, the movers and shakers at CVC are simply letting their money do the talking. After all, they have plenty of it: almost $80 billion of assets under management, according to their website (which, it should be added, is more informative than the World Rugby and Premiership offerings).

But no one chucks vast sums at a sport so at odds with itself and so uncertain of its future without having a clear sense of direction, and it would be nice if CVC told the public – the people who pay at the turnstiles, wear the replica shirts, buy the clubhouse beer and watch the matches on their tellies – where it might be planning to take them. Why the shyness? Rugby may have its commercial sensitivities, but it doesn’t have any state secrets.

The game is not merely crying out for leadership, it is on its knees praying to whatever god science has left us. And there is an awful lot of praying to be done.

While the three big club leagues in Europe are damagingly unaligned – the French abandoned the benighted 2019-20 campaign; the Premiership is determined to complete it; the Pro14 has arrived at a halfway house – the New Zealanders are celebrating the success of their Super Rugby Aotearoa tournament by telling the rest of the southern hemisphere who will, and who will not, be permitted to play in a new trans-Tasman tournament they have decided should replace the existing franchise model.

Unlike Childs and CVC, they certainly like the sound of their own voices.

Not even the imminent return of club rugby, albeit in a crowdless form, can brighten the darkness. There will be 56 Premiership games between mid-August and early October, together with three weeks of European knock-out activity.

Then there is the English club final, a six-week Test window and…wait for it…a whole new 2020-21 campaign at both club and international levels, all before the Lions tour of South Africa next summer. You have to wonder if the administrative class has taken leave of its senses.

Just a few days ago, the brilliant American journalist Lawrence Wright wrote in The New Yorker magazine that “great crises tend to bring profound social change, for good or ill”, adding that the Black Death marked the end of the Middle Ages and the beginning of something else. That something being the Renaissance.

Will there be positive change in the tiny world of Rugby Union? It could happen, but only if the national unions, the franchise holders, the club owners, the private equity investors and the broadcasters shed some self-interest and come together in common cause – perhaps as a new international governing body with a seat at the table for every interested party.

Including, we must hope, someone prepared to tell the rest of us what the hell is happening.