Posted on 8th May 2020 by admin in Columnists, Featured, Features 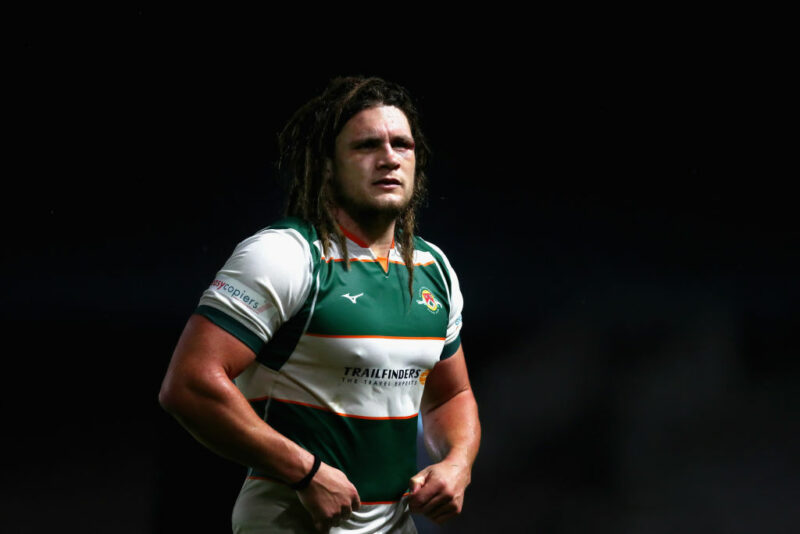 Unbeaten title winners Newcastle Falcons unsurprisingly boast the largest contingent of players in this year’s Championship Dream XV with four – the same number they had when they last graced the division in 2012/13.

Exciting young talents Adam Radwan and George Wacokecoke stood out in the backs, while the ever-dependable Sean Robinson and experienced flanker John Hardie were named in the pack.

For runners-up Ealing, Alun Walker’s consistency over a number of years was rewarded with the hooking berth, and he is joined in the pack by back rower Jordy Reid. Reid is one of two players to retain their place from last year with Jersey’s Will Homer the other.

Jersey’s prop production pipeline remains in rude health with the inclusion of Alec Clarey at tight-head, while Doncaster’s Robin Hislop packs down on the other side.

Nottingham pair, Jack Spittle and Shane O’Leary, make it into the Dream XV for the first time, while Coventry’s Ryan Burrows completes a treble at No.8, having appeared twice previously with Yorkshire Carnegie.

Super-quick counter-attacker who is deceptively powerful in contact for his size. Came back quickly from a bad knee injury to set the Championship alight. Sean Scanlon was ever-dependable for Nottingham at full-back.

Ten tries in 11 Championship starts for this lethal finisher whose defence improved considerably throughout the course of the campaign. Has emerged from the shadows of Vereniki Goneva and Sinoti Sinoti. Now sadly retired, Reon Joseph produced some electric performances for Ealing.

Great first full season from a player whose skills on the ball are a nod to his Fijian roots. Scored lots of tries in the Championship Cup and kicked on from there. Robbie Smith, son of former Scotland international Ian Smith, caught the eye for Hartpury.

A huge part in what the Pirates achieved this season. Consistent performer who weighed in with nine tries in 13 league outings. London Scottish’s Matt Gordon is unlucky to miss out.

Scorer of five tries against Yorkshire Carnegie, including the Championship Try of the Season. Set to join Doncaster for the 2020/21 campaign. Ryan Hutler had a decent campaign in a struggling Bedford side.

Canadian international who reads the game well and puts his side in the right positions with his superb tactical kicking game. Is also up there with the best in the league as a goal-kicker. Louis Grimoldby deserves a mention for a good season for Ampthill.

Included for the second season running. Always a threat from the base with his speed off the mark and an eye for a gap. Honourable mentions to Luke Carter (Hartpury) and Northampton-bound Tom James (Doncaster).

Brilliant around the park and a work-rate that can’t be faulted. Has improved his scrummaging technique no end under the influence of coach Steve Boden. His fine performances earned him a new deal at the Knights for next season. Sam Lockwood, another of Boden’s ‘disciples’ while at Jersey, and a former Dream XV member, pushed him close.

Always among the tries, with seven from ten league starts this season. One of the best throwers in the league and more than handy around the park too. Newcastle’s George McGuigan never put a foot wrong either and was joint top of the try-scoring charts with Radwan on ten.

For the fifth time in seven seasons, Jersey provide the Dream XV tight-head. Clarey’s role in anchoring the Reds’ scrum has led to him reportedly joining Saracens. Alex Lutui rolled back the years and produced some good shifts at tight-head for Ampthill following his move from hooker.

Superb lineout caller whose handling and defence has also been top drawer. Produces phenomenal numbers in several performance-related categories every week. Rory Bartle was another highly consistent performer in the Jersey engine room.

No-frills lock who gets through so much work in defence and in the tight quarters. Formed a highly effective partnership with US Eagle Greg Peterson. Falcons team-mate Darren Barry also impressed in the first half of the season.

Brilliant ball carrier and breakdown specialist who can play either side of the scrum. Gloucester have pulled off a real coup in landing the signature of the former Melbourne Rebel for around £100,000. Retains his place from last year. Had he played more games Gary Graham would have been in with a very good shout.

Always puts his body on the line, often to the detriment of his own well-being. Missed a handful of games through injury but made a massive difference when he was available with his tenacity over the ball and in the tackle. Rayn Smid is unlucky to miss out.

Completes a hat-trick of Dream XV nominations, having been included in 2016 and 2017. Provided good go-forward from the base with his aggressive ball carrying and real leadership around the park. Hartpury’s Seb Nagle-Taylor comes an honourable second. Ampthill’s Sam Hudson put in a number of strong performances.