Home / Features / Columnists / Probyn column: Big guns will back Bill Beaumont to save them cash

Probyn column: Big guns will back Bill Beaumont to save them cash 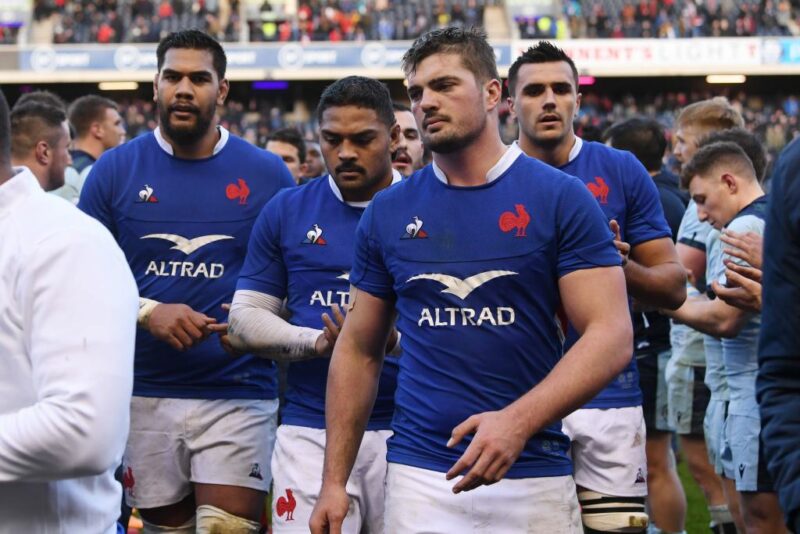 And so it begins, even though we are still in the midst of a crisis, those involved with the politics of the game are raising the stakes as they all seek to take advantage of the new start that the lockdown could offer.

Bernard Laporte has offered the rugby world a club competition in his bid to take over as vice chairman of World Rugby from current incumbent Agustin Pichot.

Laporte has aimed his sights at the Foundation 8 who still retain an unfair vote advantage, as his best chance of garnering enough votes to take the role.

He promises a world club competition which, if successful, could raise the level of money made at that level with the potential of taking a bit of pressure off the big Tier One unions as they try and fund their professional elite club/provincial game.

He says his idea of a cross hemisphere super club competition has a number of fans, including current RFU CEO Bill Sweeney which should be no surprise.

Anything that could potentially get the various countries’ equivalent of the Premiership into a position where they were no longer totally reliant on their union to provide a financial bridge between survival and financial ruin would be the dream of all CEO’s across the game.

Oh, that rugby could be like football where the Premier League not only funds itself, but provides the Championship with a decent level of funding while not taking anything from the Football Association, who are allowed to keep all the money raised from international games to fund the development of the grassroot game.

Also, they don’t have to top-up players wages knowing that the clubs can more than provide what each player (and his agent) wants.

Sadly, as good as Laporte’s dream sounds it is highly unlikely to work given the distance and time this sort of competition would need to be played over, and the impact on player welfare. It would also undermine one of the few money-making ventures that World Rugby actually controls, the Rugby World Cup.

Meanwhile, Pichot is aiming for the top job and taking a shot at unseating current chairman Bill Beaumont whose first term comes to an end in May.

It is usual for the incumbent chairman to get a virtually unopposed second term and I am sure Bill will not be exactly overjoyed by Agustin’s attempt to de-throne him.

Pichot is trying a much harder route to the top with a promise of more opportunities for the Tier Two nations, a promise (shared with Beaumont) of new competitons with a more inclusive nature.

Laporte confined his competition ambitions to the clubs, aware that any interference in the international game is fraught with potential dangers as the past has proven.

The southern hemisphere had the Bledisloe Cup which provided an annual event for Australia and New Zealand from the 1930s onwards until 1996 when South Africa joined the party, dramatically increasing the cost and increasing financial pressure for all. The addition of Argentina to make the Rugby Championship only increased the money concerns for all involved in a competition that virtually circumnavigates the whole of the southern hemisphere.

Meanwhile, we in the north survived the addition of France in 1910 and again in 1947, but that’s not a surprise as the game was amateur in those days and France was only 25 miles away.

The inclusion of Italy has been a little more problematical, but only because they have not yet managed to improve their standard to be truly competitive with the rest of the of the Six Nations.

So far, the northern hemisphere competition has remained within the narrow confines of Europe with all participants less than three hours away by plane.

Pichot seems to be advocating more games between Tier One and Tier Two but the one thing the World Cup has proven is the gulf between them, with no Tier Two nation ever winning a World Cup quarter-final in the nine incarnations of the contest.

Even Pichot’s home team Argentina have struggled against their Tier One rivals away from home and, just like Italy, have yet to win the major competition they compete in annually, the Rugby Championship.

Some people say that Italy shouldn’t be allowed continue in the Six Nations if they keep losing, with the potential of Georgia taking their place. Georgia have a strong history in the sport and have always had a lot of players plying their trade in Europe, more so since the dawn of professionalism.

They produce particularly robust forwards but are not known for creative play-makers, although I am sure there must be a few.

However, there is nothing to say they would fare any better than Italy if they were promoted to the Six Nations.

Then there is the increased travel time with Tbilisi a six hour flight from England, which could possibly reduce the number of travelling spectators and increase costs for travelling teams. What Pichot hopes for is the dream of all Tier Two nations, but sadly this could never be achieved given the financial implications for the Tier One nations.

Much as we all want the game to grow and give all nations the chance to compete on an even playing field with games against each other, the cost of staging games between Tier One and Tier Two would be costly for the Tier One nations at a time when all are suffering the financial losses and consequences of this virus.

I am sure that Bill doesn’t have to worry because as usual it’s all about money. And Tier One know that in Bill Beaumont they have a safe pair of hands.