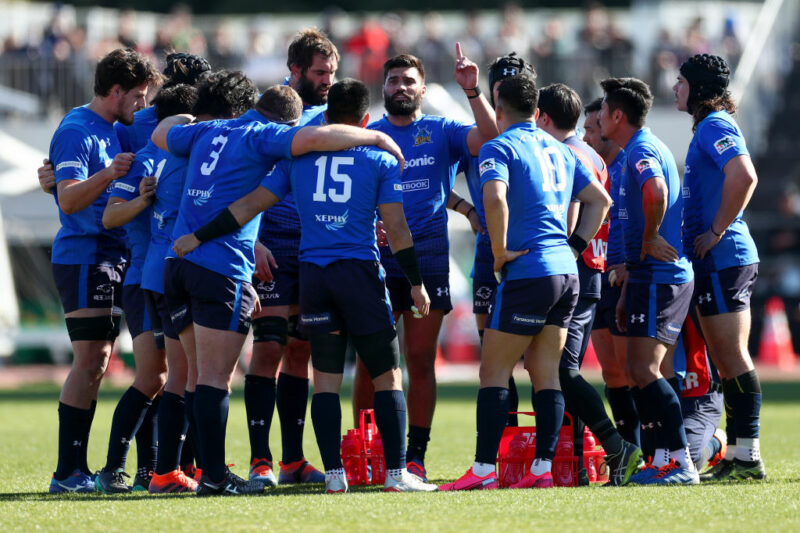 THE growing emergence of Japanese rugby at both Test and club level is a double-edged sword. I’m delighted the game is on the rise in the Far East and it’s starting to go to the next level in terms of its club game, but that could yet spell real trouble for the northern hemisphere and players in England and Wales.

I will always have a soft spot for the country having played there at the end of my career and last year’s World Cup was massive for rugby in Japan. It built on the national side’s performance at the 2015 tournament where they were unlucky not to make the quarter-finals.

It’s vitally important that rugby continues to grow as a truly global game and encouraging its development in countries such as Japan, Georgia and in the Pacific Islands is a huge part of that. I don’t think any rugby fan would disagree with the sentiment.

However, we all know the coronavirus pandemic is going to hit the finances of clubs and unions here very hard and we’ve already seen it have an impact. It could mean the opportunity to play in Japan could become more and more appealing for players in Europe because the money on offer there is so grand.

When I moved to Japan in 2012 I had retired from international rugby and was coming to the end of my career. Lots of other players have been in the same boat as me – Dan Carter is an obvious one, for example.

Now it seems to be different with Japan able to lure players who still have a lot to give at international level. Guys like Sam Whitelock, David Pocock, Damian de Allende and Brodie Retallick are all in Japan right now.

From a Welsh perspective in the last week we’ve also seen that Hadleigh Parkes and Owen Williams are giving up their international careers for big money moves to Japan. If I was involved in any of the international unions I would be very worried about this.

Whenever rugby emerges from the  pandemic there is one thing for certain – there will be financial challenges. It’s a very real possibility player wages for future contracts will go down and the reality is unions and club sides will have to cut their cloth accordingly.

My worry would be that playing in a country like Japan could become increasingly popular with the salaries on offer there too good to turn down.

From my experience, I know the teams in Japan are owned by big corporations and businesses with very deep pockets.

For example, the Wild Knights – the team Hadleigh is set to join – are owned by Panasonic.

In years gone by Welsh rugby has faced real competition from France’s Top 14 who swooped in and signed our best players. Leigh Halfpenny, Dan Lydiate, Jamie Roberts, Jonathan Davies and Rhys Webb all made themselves wealthy men in French rugby.

I can see a similar thing happening in the next few years with Japan, although this time they will also target English and Irish players I’m sure.

The one thing Wales’ players will have to consider if they are approached is their international career.

They will not be able to play in Japan and also play Test rugby unless they have more than 60 caps. Hopefully that will act as some sort of deterrent, but it hasn’t in the case of Hadleigh and Owen and others might be tempted to follow suit.

We’ve also seen in recent times that South Africa and Australia have relaxed their eligibility criteria which could see more of their players head to the Far East and if that happens, it will only help Japanese rugby. It could certainly make for an interesting time as the growth in the game there might yet soon have an impact much closer to home.