Home / Features / Columnists / Guscott column: I’m glad Eddie Jones has got the job… who else was there?

Guscott column: I’m glad Eddie Jones has got the job… who else was there? 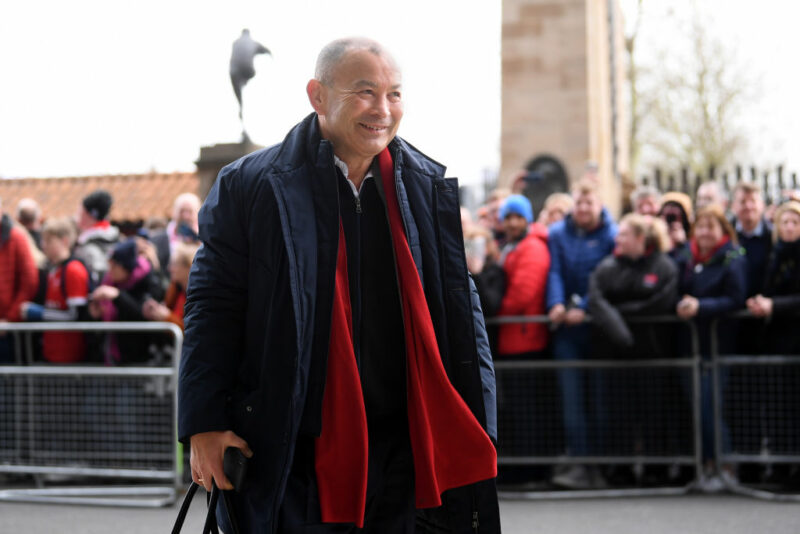 THERE were not too many alternatives open to the RFU when it came to reappointing Eddie Jones as England coach through to the 2023 World Cup.

The first reason is that Jones’ overall track record speaks volumes about his ability to run successful teams, and the second is that he was in a very strong position, because he had already been guaranteed a two-year extension provided he reached the knock-out stage of the 2019 World Cup.

It meant that when it came to England finishing the tournament as beaten finalists Jones was in a powerful negotiating position – a bit like the tail wagging the dog – especially as most of his rivals had signed contracts for new posts already.

With Steve Hansen going to club rugby in Japan and Warren Gatland returning to New Zealand and also coaching the 2021 Lions, and almost every other top-ranked coach holding signed and sealed contracts, even if the RFU had wanted to go elsewhere, there was not a lot of choice.

The perception of the best Premiership contenders is almost always those at the top of the league, but Exeter’s Rob Baxter and Saracens’ Mark McCall have said regularly that they are happy with the journey they are on – and that’s understandable, because the move to international rugby is a huge transition.

It is the modern way that 12 months before coach and player contracts end they are already negotiating new deals because, rightly, they want a degree of certainty about their futures.

It still strikes me as strange that the RFU did not offer Jones a further four-year contract immediately after the World Cup, but at least we know now that Jones will be in charge until 2023.

This means that anyone with any aspirations to coach England after him will hope to have the contract done and dusted by the end of 2022, because Jones will not continue beyond the next World Cup.

This could result in his successor being in the weird situation of being appointed a year before the tournament, and yet they might have an appalling World Cup in their current job – which raises questions about their suitability after they’ve already been given the post.

It’s why negotiating contracts requires a great deal of skill, and, above all, a great sense of timing.

Being England coach must be an incredible job to have, especially if you accept that nothing will be smooth and plain sailing. Something is always going on around the England team, whether it’s between the clubs and the RFU, or players moving clubs, or injuries, or disciplinary issues. So, there’s never a dull moment.

Jones also seems to like to liven things up, but, although in the main he comes across well, he has also been criticised for crass comments, often about opposition players, which are beneath him.

Over the last four years hopefully he has learned more about knowing what to say, when to say it, and how to say it, because, like so much, a lot of it is about timing.

Generally, there is a lot of enthusiasm about Eddie Jones, and he likes to wind-up the Press and his players – but everyone in the England camp will say good things about him because Jones is the bloke that’s picking them.

He has a reputation for constantly challenging and testing players on and off the pitch, but doing it in a positive way.

However, when you watch some of his TV interviews he looks hacked-off, and although you get some tough questions, sometimes he makes it too clear. He also deflects a poor result by presenting it as his fault, and never blaming his players – although I suspect that they might cop it behind-the-scenes.

Jones also has a new sounding board available in the RFU’s recently-appointed high performance director Connor O’Shea, and you hope they will pick each other’s brains.

The problem with the England job is a lot of people in the media cannot look past the salary. It is all about winning and losing – that is the bottom line.

If an international coach has a 50 per cent winning record then his suitability is going to be questioned, if it is 60 per cent there will still be some doubts, but 70 per cent and above – which is where Jones is – usually means job security.

Jones says he has the hunger to take the team through to France 2023, and it’s not hard to see why.

They are in a good position after the 2019 tournament in terms of having the youngest squad to get to a World Cup final, and the likes of Luke Cowan-Dickie, Ellis Genge, Maro Itoje, Sam Underhill, Tom Curry, George Ford, Elliot Daly, Anthony Watson, and possibly Manu Tuilagi and Owen Farrell, means they should have a roll-over of players to give them a good platform.

It is a bigger and stronger platform than the one Jones inherited when he took over from Stuart Lancaster in 2015, and it will be interesting to see what new blood comes in.

If there are new law changes, particularly around reducing the number of substitutions, we will see a change in the shape and size of players in the squad towards being lighter and faster, and players not on the radar could come into contention.

There have been questions raised about Jones’ failure to win enough of the big prizes, despite his high percentage of wins, but they do not stand up to scrutiny.

As England coach he has won a Six Nations Grand Slam and Championship title, and is in contention for another this season having secured a Triple Crown. He has also reached a World Cup final, and enjoyed a three- Test tour whitewash of Australia.

If you look at what other coaches, outside New Zealand and South Africa, have won over the last four years there are not many who can match that. Let’s face it, Clive Woodward only won one Grand Slam before winning the 2003 World Cup, and his squad did not always win the Six Nations title either.

I guess the World Cup is the only thing that has eluded Jones so far – and while he has been the losing coach in two finals let’s hope it’s third time lucky in France.

He has a really good nucleus of players, and now all he needs to find are the bolt-ons to make it great. This season he got the chance to experiment with Tom Curry at No.8, but he would not have been playing there if Billy Vunipola was fit, or if Alex Dombrandt was Test match fit and making more tackles.

Jones also has the makings of a good coaching team, and although we have yet to see Simon Amor’s imprint in the backs, Matt Proudfoot has made a solid start with the forwards, and I know from my own experience that John Mitchell brings a real spark to training.

So, there should be new enthusiasm and competition within the squad, and, when you add a head figure of Jones’ experience, all in all I quite like it.