Cain column: Pro D2 can show the RFU how to run a second tier 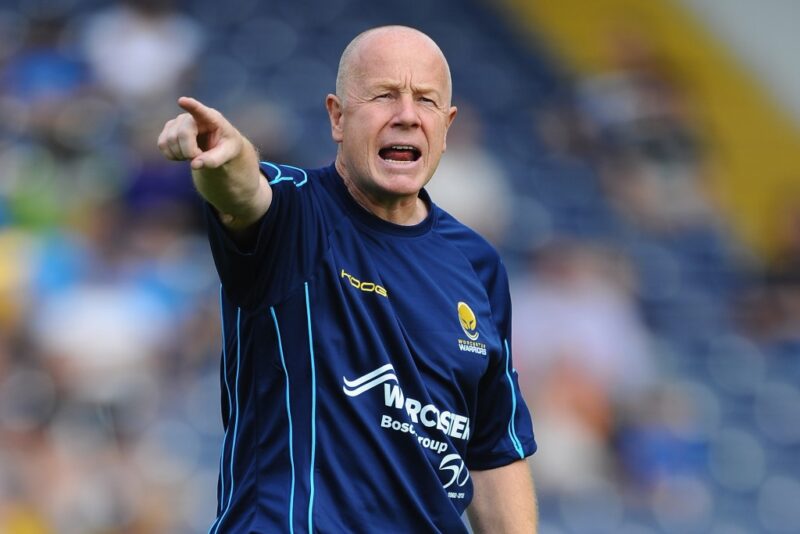 THE desultory manner in which the Championship clubs have been treated by the RFU continued this week, when Bill Sweeney made a token offer to trim the yearly cut they will have to bear to £135,000 rather than £220,000.

The Championship clubs should tell RFU chief executive Sweeney that any cuts are unacceptable. They should then tell him to take a good look across the Channel at how the French organise their professional club game.

The RFU have often had a superiority complex when it comes to French rugby administration, mocking them for incessant infighting.

However, it is the French who are making a mockery of the RFU by running their Pro D2, the equivalent of the Championship, like a high-performance car compared to the beaten up old banger that the English union has left unserviced for the best part of 15 years.

Richard Hill, the former England and Bath captain and scrum-half, who is currently rugby director at Rouen –  promoted to Pro D2 this season – says  French rugby is already benefiting significantly from investing in the infrastructure below the Top 14.

Hill has helped the club from Normandy win promotion three times in his six years. He predicts that the uplift in the French game he sees in Pro D2 will restore France as the major rugby force in Europe – and that England are in danger of trailing behind because of the failure of the RFU’s structure below the Premiership.

Hill told me that the Pro D2 and the Championship are leagues apart, and as a former coach of Bristol when they were in the English Tier Two, he has plenty of comparative experience.

Hill says: “It does not compare at all. The Pro D2 is such a powerful league with fantastic stadiums, and municipalities and millionaire owners who genuinely want to build rugby clubs. Some of the stadiums – like those at Nevers, Perpignan and Oyonnax – are better than those in the Premiership.

“There are 6,000 to 7,000 crowds at clubs like Angouleme and Vannes, and even at Rouen we will get the same number for big matches when we move to the football stadium. The facilities,  which often include hybrid pitches, are miles ahead here, and, bar Newcastle, none of the Championship clubs would have a chance of competing in Pro D2.”

Hill points out that the surge in support for Pro D2 has taken off thanks to a number of factors.

“In the old days the ambition and level of coaching in Pro D2 was quite poor, and it was just blokes beating each other up for 80 minutes. But in the last three years it has moved to another level, with teams playing ambitious rugby.”

That ambition has taken root following the decision by the French Federation to restrict the number of overseas players. Match squads in Pro D2 must now contain 16 ‘Jiffs’, who are French-qualified academy players.

Hill adds: “It’s a completely different model to that in England. In France, it is their culture to sponsor sports teams, and at Rouen, as everywhere else, we have big local sponsors, but also smaller ones. We have 400 sponsors at Rouen.”

Hill says that by comparison, “the English Championship is depressing, with poor funding, no infrastructure, and small crowds”. He also predicts a player drain if Sweeney’s cuts become reality. “If they start cutting the funding  there will be dozens of Championship players coming across to France.”

Hill’s picture of the grass being greener on the other side of the Channel is persuasive. He talks about businesses being given tax breaks for sponsoring apprenticeships, which covers rugby academies.

He says that Rouen have a €7m annual budget, of which €1.6m comes from TV rights from broadcasters Eurosport and Canal Plus – who between them broadcast Pro D2 games. A further €1.5m comes from local government grants from the Town Hall and the local “Department”. The remainder of the budget is funded by local sponsors and millionaire backers – boasting the sort of money you can win by placing free bets.

Under the LNR regulations, the Pro D2 clubs are allowed to spend only 52 per cent of their budget on players, and the quality of administration puts that of the pro game in England to shame. Every Christmas all Pro D2 clubs are audited by national government inspectors, and if any irregularities are uncovered they are given a public warning, and if they have not made amends within two months they will be fined, docked points, or even relegated.

Hill describes it as, “a different level of professionalism”, and added that good administrative habits are formed in Federal 1, the league below Pro D2, where clubs are audited three times a year, and if their books are good they can be awarded up to six bonus points.

The French Federation has also delivering on a promise to give all clubs a widescreen TV with a Canal Plus subscription.

Hill says: “People in different parts of the country are getting introduced to rugby through Pro D2 – we are pulling people in from around the whole of Normandy.  The whole thing is thriving.”

He adds: “We have always known that if the French get their act together they will be a very powerful rugby nation. I’m sure they will get stronger, because Pro D2 is providing quality players who are coming through to challenge and provide Top 14 sides, and France, with a bigger pool of good players.”

If Sweeney wants to know how it is done, he should shelve his slash-and-burn plans for the Championship and look to the French – who, when it comes to professional rugby administration, are making RFU officials look like a bunch of bungling, overpaid amateurs.