Home / Features / Columnists / Guscott column: Has Todd Blackadder been a success at Bath?

Guscott column: Has Todd Blackadder been a success at Bath? 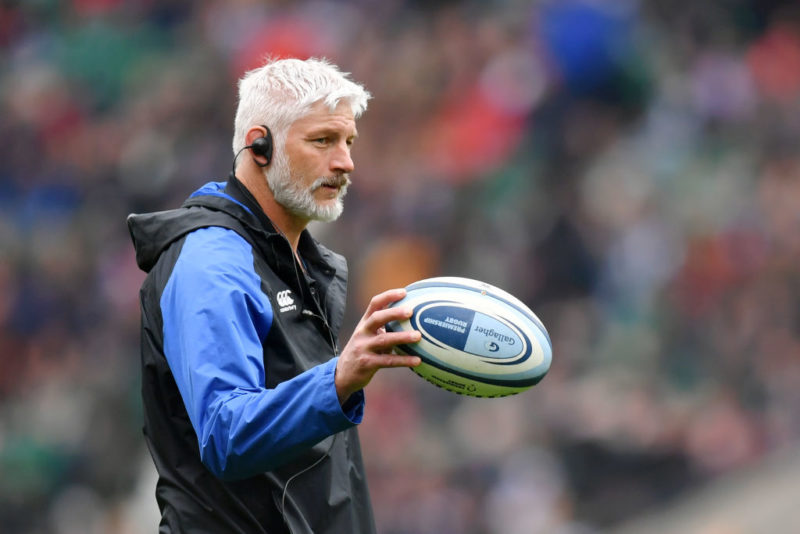 TODD Blackadder’s arrival at Bath at the end of 2016 with the credentials of being a former All Black captain – who played for the Crusaders and Edinburgh before going on to coach both teams – came with the hope that the club would turn the corner and become title contenders again.

He arrived with his Crusaders assistant coach, Tabai Matson, and they were billed as a dream team capable of getting Bath back to winning ways. However, Matson’s decision to return to New Zealand not long after he arrived meant  Blackadder was soon riding solo in his attempt to get Bath back to glory days.

If a culture-change was needed – and most people feel that it was – Bath have not changed that much in Blackadder’s three seasons. They remain a team that can play brilliantly on occasions, but that cannot sustain it before regularly falling off the end of a cliff.

They are still trying to find that winning culture where each player says, ‘I want to be part of a winning team, and I will do everything that I can to show the coaches that I’m good enough to get into that first team’.

That is not just a Bath problem, because you can throw a blanket over another eight Premiership teams who are in the same place when it comes to inconsistency, and having the same loss ratio as they have wins.

However, there have been pluses. Over the last two seasons Blackadder has led the club to top six Premiership finishes which qualified them for the European Cup, although with Bath currently seventh in the table it could be a close call this season.

The other is that Blackadder is one of life’s good people. I have never heard anyone say anything other than what a lovely bloke he is.

However, although he was uncompromising as a player – as most All Blacks are – coaching is a different journey. There are coaches, as well as players, who are not successful at one club but then find it at another.

For instance, Mark McCall was on the journey with London Irish and Ulster, before he found success at Saracens. Then you get someone like Rob Baxter where it is a real ‘Roy of the Rovers’ story. I doubt very much that when he was playing lock for Exeter in the Championship that he believed he would take Exeter to an English Premiership title as coach.

To most people looking in from the outside, success in rugby is measured in trophies, although the view from within is sometimes different.

At Bath there have been no trophies during Blackadder’s time, and if you asked whether, with a squad of so many quality players they are underachieving, most people would say yes. The problem that Bath have is that it is a repetitive pattern with coaches like Steve Meehan, Ian McGeechan, Gary Gold, and Mike Ford before him unable to find the key to top level consistency.

Having been part of a successful period at Bath, the measure of success will always be the trophies you win – and to win them you need a squad that has unrelenting desire. That is not an easy path because sometimes it is selfish and all-consuming.

The coaches I played under for Bath and England were all different personalities who got the best out of the teams they coached, but that was very much in the era when the main line of communication was coach to captain.

Ultimately, what has not changed is the line between coach and players. Coaches forge different relationships with players, and there are more delegated leadership groups than ever before, but at some stage the coach will still have to drop one of those players. That is why there is a line that is not about being mates.

I’m a believer that accountability and responsibility is with the guy who picks the team. That is also why you have to take the job on your terms – and I am always struck by how many coaches fail to do that.

Financial considerations, like lengths of contract, mean that coaches sometimes inherit not just a team, but a coaching team, and that’s what happened with Blackadder at Bath with assistant coaches Toby Booth and Darren Edwards. However, in my view, if they are not your team of coaches, then they have got to go.

It does not surprise me that with Bath still underachieving Blackadder has been given an early release from  the Rec at the end of the season and is leaving  as are Booth and Edwards, because the club are still looking for someone who will win silverware.

Bath have had a high turnover in coaches because they have not reached expectations, and therefore when their contract is up, they are not renewed.

In the meantime, Stuart Hooper, who is the club’s general manager, is expected to take on Blackadder’s role as DoR from the end of the season until any new appointments are made.

My question is, which coach with any ambition would not want to coach a club like Bath? There must be coaches out there with their hands held up already. The only issue is whether each would want to bring his own gang of coaches in, and whether he would be allowed to.

When you look at the Bath squad, and you see the international quality, you would say that is a top four team – but in performance terms it doesn’t reach the bar.

My mentality as a pro player was that I was working six days to play 80 minutes on Saturday, and we worked very hard. I can assure you that it is harder than most people’s day job. There is a reason there are only so many pro sportsmen and women in the world, and that is because it is incredibly hard – and I speak as someone who has seen it from both sides.

They set the environment I worked in, and although I was dropped on a few occasions, for 99 per cent of the time I thrived in it, and loved it.

I don’t know if it’s the same at Bath now, but results tell a story.

My view is that Dean Richards is an uncompromising competitor who would bring that element back into the Bath squad. I played with Richards and consider him to be a good mate, but I also know that he was a winner as a player – with his shirt out and socks round his ankles – and that he has been a winner as a coach at Leicester and on his journey since then.

That’s why, if they can get him, I would love Dean to coach Bath.