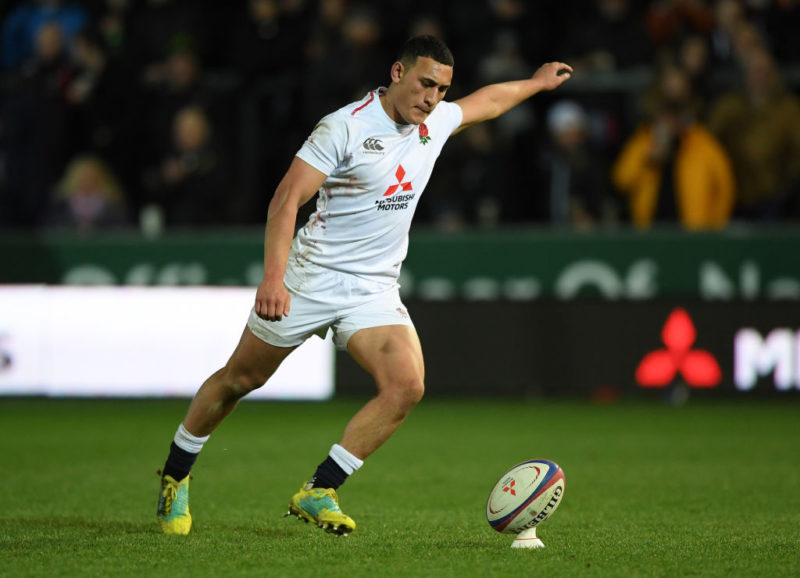 Manu Vunipola is not short of rugby pedigree. His father, Elisi, played 41 times for Tonga and appeared at the 1995 and 1995 World Cups, while his cousins, Mako and Billy, currently star for England and are considered to be amongst the best players on the planet.

No pressure there then, young man!

“It’s actually pretty inspirational,” says fly-half Vunipola, 18 who made his first team debut for Saracens in January and is a member of the current England U20s set-up.

“Growing up and seeing them come through the ranks at Saracens, England U20s and then the full England team made me push myself even harder to see how far I could get. I have a chance to follow in their footsteps at Saracens, albeit in a very different position to them.

“They’re such good guys as well, very humble and down to earth. They’ll give me a kick up the backside when I need it and they’re great to be around at the club. It’s my first year as a professional so it’s good to have their example of what it takes to reach the top.”

Mako and Billy are by no means Manu’s only role models. He explained: “It’s pretty surreal to walk in every day and see the likes of Owen Farrell, Alex Goode and Alex Lozowski. I train a lot with Max Malins, too, doing a lot of kicking, and he’s helped me push on. It’s good to work with all of these guys and there’s so much I can take.

“Owen and Max have probably been my biggest influences in my position. After every match I’ll go through my clips with them and get their thoughts on what they’re seeing from me. They’ll pick out bits that perhaps I didn’t spot and then it’s a learning process from there.

“Getting the views of Owen, one of the best players in the world at the moment, is pretty awesome because you don’t really get that opportunity at other clubs. I’m just trying to take in as much as I can and Owen’s always asking how I’m doing or if there are extras we can do.”

Vunipola was born in Auckland but left almost immediately when his family moved to Somerset. Having briefly played for Burnham RFC, his main rugby education came at Harrow School, where he won a scholarship and achieved A-Levels in politics, sports science and photography.

He said: “My focus isn’t solely on rugby and Saracens always push you to do other things so I may do a university degree. But growing up in a rugby family, one of the main goals was to follow in my father’s footsteps and I’m lucky to have that opportunity of doing so at Saracens.

“The dream would be to play alongside Billy and Mako in the full England team but at the moment I’m looking no further than short-term goals. It was great to get my first England U20s cap recently and I just want to build on that and maybe get to the Junior World Cup in June.”