Home / Featured / Williams column: Wales’ set-piece is shocking but the worst thing would be to get rid of Pivac

Williams column: Wales’ set-piece is shocking but the worst thing would be to get rid of Pivac 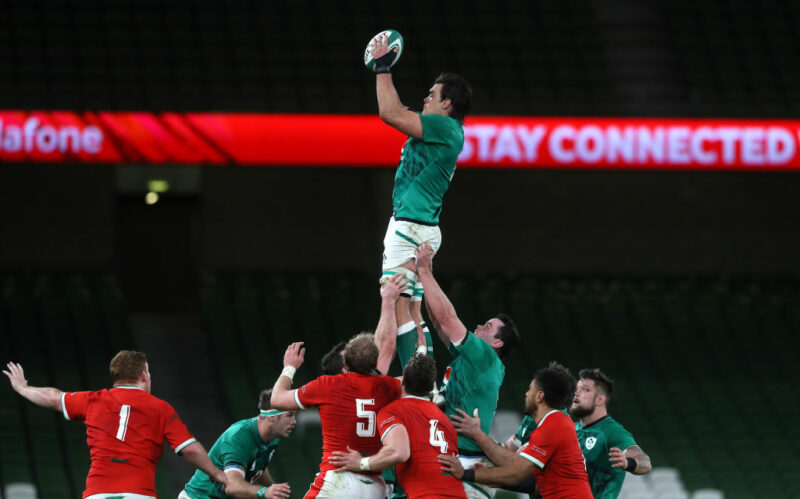 Friday night was shocking from Wales and it has been the same for the last two weeks. Commentating on the game for ITV I have to be impartial and it is hard when the performances aren’t there. I think my exasperation might have come across on the coverage!

What’s so frustrating is that for the second match running, Wales’ opposition didn’t do much to beat them, but the final scoreline was still so one-sided.

Ireland played the game properly, in the right areas, and preyed on Welsh mistakes. Their discipline was a lot better than Wales’ – especially in the first half. That was when the damage was done.

I was quite pleased with the way Wales started the second half. They put Ireland under pressure, their discipline was better, and they forced Ireland into giving away a lot of penalties. They started to finally play a bit of rugby, go through some phases and look quite dangerous. The problem was it was all too little, too late.

Wales looked ever so slightly dangerous at that point, but the bottom line is if they were still playing at the Aviva Stadium now I don’t think they would have scored a try. I really couldn’t see where one was going to come from which is sad to say.

It is difficult to explain how Wales have fallen into this cycle of making so many basic errors. Rugby is a complicated game with lots of analysis, but sometimes it comes down to players just not doing their jobs. The refereeing of the breakdown has changed and so has the style of play Wayne Pivac wants to bring in, but that cannot justify things like the scrum and lineout malfunctioning.

The same applies for the high penalty count. It was Wales 18, Ireland 13. That almost needs to be said again to be believed – 18!

The basic fundamentals of rugby will always remain the same, but on the scrum I was talking to Adam Jones after the game and he said he thought Rhys Carre was unlucky with some of the calls.

But if you look at the lineout it was very poor. If you get into good areas of the pitch but can’t win your own lineout, then you haven’t got the ball and you have no chance of scoring points. It is as simple as that. There is a real issue there with the lineout and the calling.

Ireland did contest very well, but the reason they did was because they knew Wales are poor in that area at the moment. I’m not sure how much of that area should have changed since the Warren Gatland era. I don’t want to blame Ryan Elias alone. When the lineout goes wrong everyone looks at the hooker, but it’s also about the call, the lifters, and the jumper.

Adam felt the Welsh scrum was unlucky and slipped a few times, but to concede so many penalties was bewildering and the breakdown remains a massive concern. Players are getting isolated, the presentation isn’t good enough, and Wales are getting turned over.

Players are also standing offside which is something you’re taught as a kid!

Johnny Sexton, Billy Burns and Conor Murray stuck the boot into Wales as a result and Ireland are a team that when they get into your 22, they come away with points. That was the story of the 80 minutes.

There were two occasions all game when Wales went over six or seven phases, but it doesn’t take long for them to lose options as they have too many players at the breakdown. You are never going to see the style of rugby Wayne wants to play if Wales don’t have the ball.

With a lack of options, Wales have resorted to putting the ball in the air through Dan Biggar and Leigh Halfpenny and even then, the chase hasn’t been good enough. There hasn’t been competition in the air and Ireland are great in that area of the game.

I still don’t know what Wales’ game plan is since Wayne has taken over. Our back three has been redundant with ball in hand and if you compared the Ireland game to New Zealand against Argentina, it was like chalk and cheese. All the southern hemisphere teams use their back three so often. The pressure which was already on Wayne has now gone up a notch and rightly so. Wales have already got rid of the defence coach in Byron Hayward, the technical advisor role has changed from Sam Warburton to Gethin Jenkins, so the last thing Wales need is to sack Wayne. I think the country would go into meltdown!

That’s not because everyone would be against it, but because of the chaos it would cause. Wayne deserves the opportunity to right some wrongs and maybe this is part of a Welsh learning curve.

The last thing I would do now is get rid of Wayne. The Autumn Nations Cup is a chance for him to redeem himself, but the questions Wales are facing right now are much bigger than just the coach.

Shane Lewis-Hughes is a gutsy performer and has been going well in a losing team. He might keep hold of his place for Georgia, but there will be widespread changes.

Jonathan Davies doesn’t look anywhere near fully fit – I hope I’m wrong – and Taulupe Faletau’s footwork improved as the game wore on. Jake Ball was also a welcome returnee to the side.

The irony of Wayne getting rid of Byron was that the defence wasn’t too bad in Ireland. Taulupe did well to hold up Cian Healy and Leigh produced one try-saving tackle.

Now it’s on to Georgia and Wales simply have to win. Losing to Los Lelos is unthinkable. Callum Sheedy came on for his debut in Ireland in bad circumstances so I’d like to see him get a run at 10. He’s a bit more attack minded and I’ve got my fingers crossed Louis Rees-Zammit is fit. He’s had a few injury issues in this camp and hopefully those are behind him.

We know Georgia are a very strong scrummaging team, but I’d like to see Rhys get the chance to make amends and prove his worth.

Adam felt he was hard done by and he knows everything that exists about the scrum. We haven’t seen Rhys really carrying yet and the Georgia game is going to be bone on bone. For that I think we need players like Jake on the field.

Wales need to move Georgia about the pitch. Normally you would say you don’t want to see wholesale changes as it would disrupt the side, but in this campaign we are yet to see a team performance anyway so I don’t see this as an issue this time around.

Hopefully Josh Navidi and Ross Moriarty will be back fit too as they have been big misses.

Even if Wayne makes 15 changes, I don’t think it will make things worse. It might even improve matters which Wales need more than ever right now.