Column: Jeremy Guscott gives his prediction for Wales at the Rugby World Cup 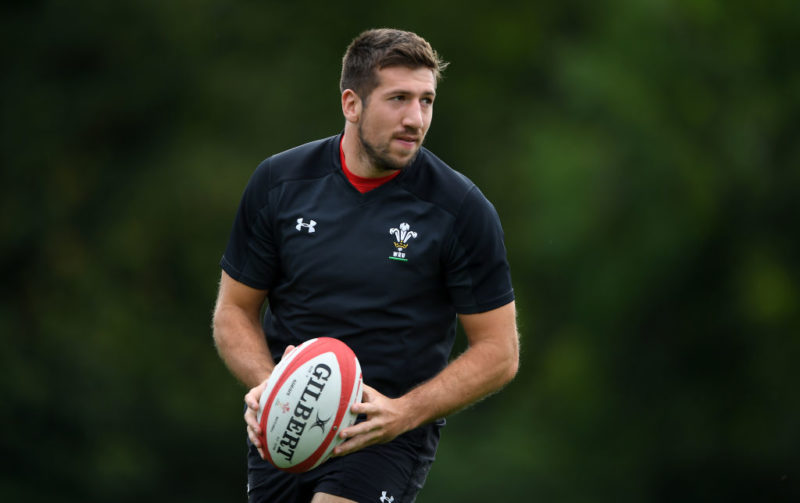 THE question that keeps on coming up is whether Wales, having won a Grand Slam in World Cup year, just as England did in 2003, have the same momentum to go on and become world champions. I don’t see any reason why it shouldn’t give them the same chance.

They are among the favourites on huge merit because they have beaten everyone apart from New Zealand, and they deserve their position as the number two team in the world.

I believe England had the opportunity to beat them in Cardiff during the Six Nations, but, unusually for Owen Farrell, their decision-making wasn’t at its best. Then they beat Ireland convincingly in the last game to win the Slam – the same Ireland who in the autumn had beaten New Zealand.

Even so, the hurdle that Wales have not cleared while Warren Gatland has been coach is beating New Zealand, and it is not something they can hide from. However, Eddie Jones’ England haven’t beaten New Zealand either, and although Stuart Lancaster’s side did in 2012, it didn’t lead to anything at the 2015 World Cup.

I guess if Wales are being measured by the standards of Clive Woodward’s England, the big difference is that they beat all the southern hemisphere big teams away from home before the 2003 World Cup, and that gave them an unconditional belief that they could win.

When you talk to the members of that 2003 England squad there is no doubt they felt that they had earned their number one position going into the tournament, and there was also no doubt in their minds that they would go all the way and win the final.

Wales are in almost the same position, but there is one big difference. They have not had those same away wins over the major southern hemisphere powers.

The Welsh squad will be going through all the psychological stuff going into the World Cup, and the main focus of it will be for them to believe they can cross every barrier, including New Zealand, and go on to win the Webb Ellis trophy.

I was in an England team that got very close in 1991, but that didn’t quite make it after losing narrowly to the Wallabies in the final.

A significant reason for thinking that Wales could make it is that they have a fantastic, inspirational captain in Alun Wyn Jones. When he first came into the Welsh squad Jones had the backing of Gatland as a player, however at that stage he did not see him as a captain.

Gatland went for Sam Warburton instead, but it did not take long for Alun Wyn Jones to stake a claim to the leadership a little further down the line, with performances that always seemed to be 8/10, or better. He grafted and grafted, and that combined with his athleticism and determination has seen him become recognised as one of the great second row players to play the international game.

Like World Cup-winning captains Martin Johnson and Richie McCaw before him, Jones has been an absolute totem for Wales, and as long as he remains fit I give them every chance.

Gatland does not make many mistakes, but Wales appears to have cut off their nose to spite their face when they excluded scrum-half Rhys Webb, because players of that quality can make a difference. I understand that he signed his contract to go to France before the new rules on having to be based in Wales came in, so his absence seems unnecessary.

Now we will see if Gatland can select the right 9-10 combination not just to get Wales to the final, but go on and win it. Gareth Davies is a good player and has become well-established at scrum-half with Webb ruled out, and Gareth Anscombe is also coming on as an international fly-half.

I would back Gatland to get the best not only out of Davies and Anscombe, but also to use the experience from getting Wales to the semi-finals in 2011 and the quarter-finals in 2015 to be more of a threat this time.

They would probably have beaten France to get to the final in 2011 if Warburton hadn’t been sent off for a tip tackle, while Gatland couldn’t put his best team out against South Africa four years ago due to injuries.

On both occasions the Welsh believed in themselves, and that belief will be even stronger this time. It is based on a backline which is defensively incredibly strong, and it is their offensive defence which turns an otherwise adequate attack into something much more dangerous.

Right now Wales are like New Zealand in the sense that they have developed that winning habit, and part of what Gatland does really well is pick the right team to win specific games – as he has showed on two tours as Lions head coach.

I believe theWales will do well in the World Cup, and I can’t believe they will not get to a semi-final. However, if they meet England in the quarter-finals in Japan it will be a time of reckoning, where Wales will have to decide whether they are a ‘could have, should have’ side, or one that did it.

The only thing you don’t see with the Wales squad is match-winners, with the exception of Leigh Halfpenny as a world-class goal-kicker. Jones stands tall, Jonathan Davies has built a big reputation, and Josh Adams is a real talent, but mainly they are a side with no egos, a really good hard-work ethic, and great determination.

I don’t think Wales have peaked too soon, and World Cup warm-up Tests are different because there’s nothing on the line. It’s about match speed, oiling the machine, and getting your best players playing well – including No.8 Taulupe Faletau who was ruled out of the Slam through injury

The perception is that Wales win games through defence rather than scoring seven tries to five, but what it shows is that they can score enough tries to win big games, which is what they did by beating France in Paris and England in Cardiff.

It’s a good place to be in, and while they might not be New Zealand or South Africa, they are one of those teams that plays to its strengths – and no one identifies strengths and builds a team around them better than Gatland.