Home / Features / Columnists / Leo column: Give Charles Piutau a reprieve after early capture by All Blacks

Leo column: Give Charles Piutau a reprieve after early capture by All Blacks

Posted on 1st August 2018 by admin in Columnists, Featured, Features 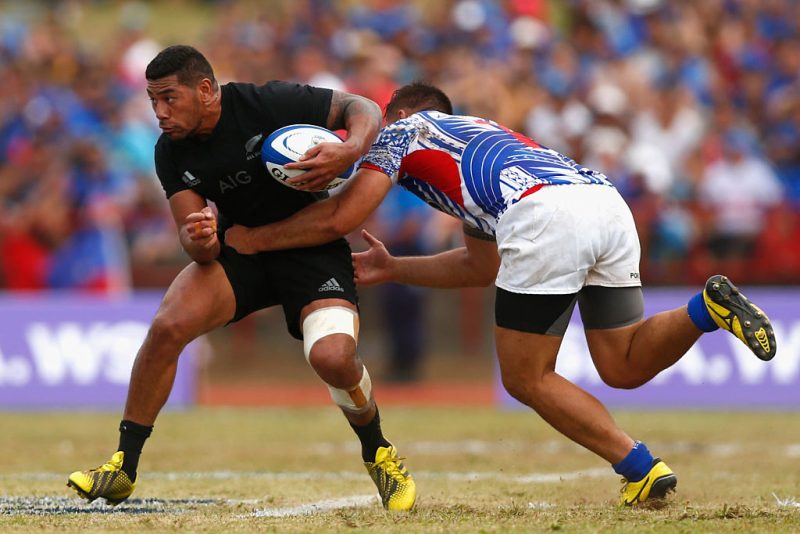 The annual Pacific Rugby Players Welfare (PRPW) Board meeting took place in Bristol a fortnight ago, representatives for the 800-strong Pacific Island community who play throughout all of Europe’s top Rugby Union and Rugby League competitions coming together at Clifton Rugby Club.

A landmark gathering of past and present players, all aspects of player welfare which affect us as a community here in the UK and Europe were on the table; dealing with agents, career transition and mental health issues, supporting players in smaller emerging nations, the tightening of foreigner spots in France, relationships with national Unions. And World Rugby policies.

It will come as no surprise that international eligibility was a hot topic of discussion.

In last week’s column I wrote about how lower tier nations would benefit from World Rugby addressing the system by which national Union officials are selected so that people of the right calibre are appointed. In my eyes, it’s only common sense. Having the best people working in our Unions will mean the right decisions are being made to ensure growth of the game in those countries. This would cost little to carry out, yet would have a huge impact on the sport as a whole.

Sadly, our Pacific Island national Unions have proven time and again that throwing more money at them isn’t the answer – not until the suggestion above is implemented anyway.

I have been an advocate in the past for Tier 1 nations splitting their gate-takings with visiting Tier 2 nations. The current model, which sees the RFU bank one hundred per cent of match generated revenue when Samoa or Fiji play England at Twickenham, is simply wrong.

Especially when that match is never reciprocated with a return fixture in the Pacific.

Eventually I’d love to see rugby adopt a financial model similar to that of the FA Cup in football, which provides clubs – the smaller ones especially – with the chance of a huge payday.

But giving Samoa, Tonga or Fiji, in there current state, even a five per cent share of the millions of pounds made at big match would be equally erroneous. In that respect, the lack of trust displayed by Pacific players at the PRPW Board meeting last week was unanimous: Fix the system first.

Other ways of developing these teams certainly exist and this is where a rethink around international eligibility laws would be a game changer. If injecting money into a Union isn’t the way to help a developing nation, then giving them access to other resources such as former Test players who are now surplus to other nations requirements, might be. If giving Tonga £1 million so that they can entice Charles Piutau away from the All Blacks isn’t the answer, then just allow them to pick Piutau. It’s a formidable request, but let me explain:

With the mass migration of Pacific Islanders to places like New Zealand, Australia, and now Japan and Europe, the one-nation-for-life rule that World Rugby currently operates by, is behind the times. It hinders poorer nations, prejudices people from lower socio-economic back- grounds and only serves the interests of those rugby nations that are already established.

Surely this directly contrasts with the values of the game that we wave about so proudly?

As it stands it is very easy for players to leave the Pacific or commit allegiance to bigger, richer nations when they are young. Humble beginnings and a strong cultural pull to do the best you can financially for the wider community will dictate those decisions. At the last PRPW meeting, I had a laugh with Manu Tuilagi when it came up in conversation that he earned more in one game for England than I did over a 39-match ten-year career with Samoa.

If you come from a common background it’ll make sense. If you’ve ever watched your parents having to hold down two, sometimes three jobs just to make ends meet, then you’ll understand. And that’s universal.

Whether you are white, black, brown, English, Chinese or Fijian, the colour of the jersey you pull on comes secondary to the needs of your family.

So we need to work out more ways that enable people to come back, later on in their careers, after the ambition to provide financial security for their families has been realised. We need to work out ways that ensure that inclusivity, teamwork, respect and all of the values we hold dear as a sport are being lived out.

One way in which this currently exists is with the Olympic 7s qualification loophole. Unfortunately the loophole requires a player to take part in four Olympic qualifying tournaments, a commitment that is difficult if not impossible to fulfil due to lengthening club seasons. Only Cooper Vuna (Tonga) and Tim Nanai-Williams (Samoa), left, formerly of Australia and New Zealand respectively have managed to utilise this avenue.

Even then, the provision is beneficial only to those in positions compatible with the seven-a-side format of rugby.

Which brings me to the question: If Bundee Aki can qualify through residency for Ireland in three years, then surely the same should exist the other way around? His last cap coming for New Zealand in 2015, shouldn’t Piutau now be be able to play for Tonga after a three-year stand down?

It’s a skeleton of an idea that would need fleshing out. Maybe that “cooling off” period is shorter or longer. Maybe it’s only players with 15 caps or fewer should qualify? Perhaps movement from Tier 1 down to a Tier 2/3 nation should be possible, but not the other way round, ensuring that such a law wouldn’t be abused by bigger nations. Agree or disagree, surely it’s a conversation worth having.

A PRPW board member himself, Piutau would love nothing more than to represent Tonga at the next World Cup and has expressed his desire to do so. Thus far he has had no word whether that will be possible.

I would imagine that if the concept was given the green light it would be able to be quickly applied. And it would almost certainly have an immediate impact, both on the quality and growth of our sport.

It pains me to think how many quality Pacific Island players have been lost chasing an All Black or Wallaby dream. Players captured through a couple of appearances for an U20s side, 7s team or “A” selection, never to be seen again. Proud Samoan and Cardiff Blues forward Nick Williams comes to mind. 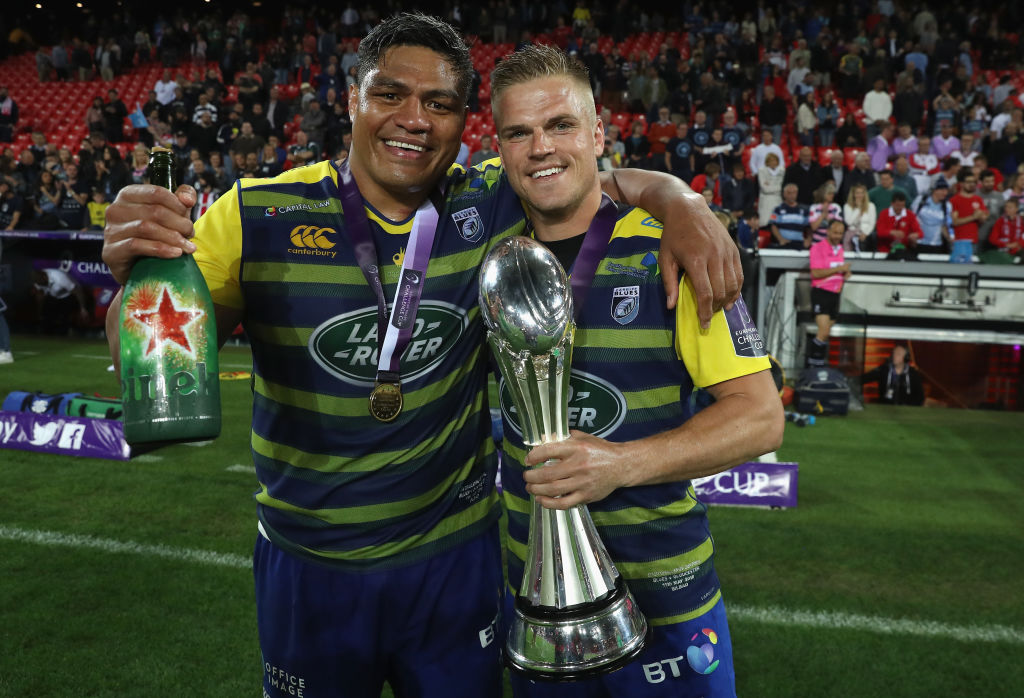 A standout player for Ulster and Cardiff over the past seven years, Williams’ four appointments for the Junior All Blacks between 2005-06 have stopped him from ever joining his brother Tim Nanai-Williams and cousin Sonny-Bill on the world stage.

As Nick will attest, there is an education process that is probably lacking here. Players of Pacific heritage are often unaware of the long term ramifications of them playing for these “capture” teams, both on their careers and their countries. And that’s were we as the PRPW Board come into play. By addressing the education inadequacies that surround some of those decisions being made by younger Pacific Island players, hopefully we can turn the tide. But it has to come from us.

Bigger nations have long benefited from ill-informed decisions of young Pacific Islanders and we can’t expect that to change.

By name, we are Pacific Rugby Players Welfare, but there is much more at stake here than just the welfare of the Pacific Islands. If an issue affects one, it affects us all and lower tier nations from around the rugby world are relying on us to fly their flags as well, developing into a strong voice for reason and change.

Our by-line is ‘Stronger Together’ and we’ll certainly need to stand united if we are to ever have the effect we as players are so desperate for.

It starts by revisiting the eligibility laws. Rugby needs its biggest stars to be present at RWC2019, our sport’s show piece event. And we need the smaller nations to be competitive. 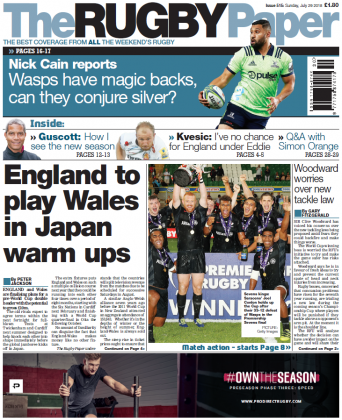