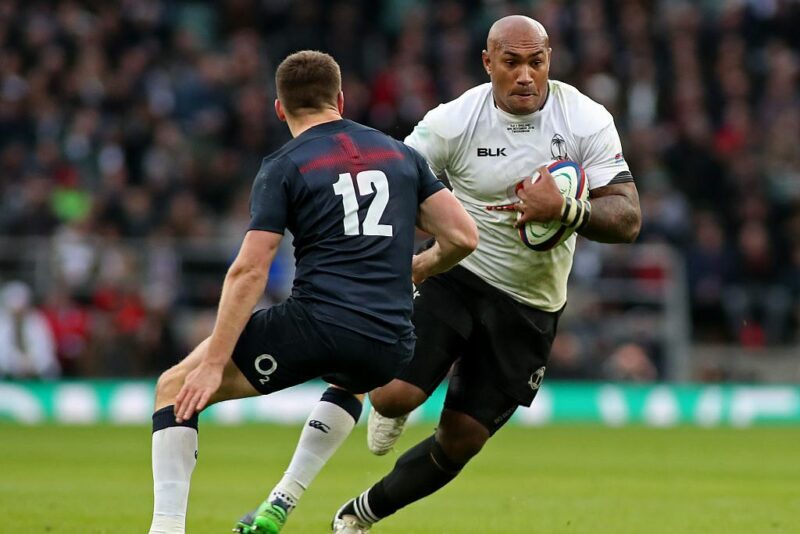 Leicester Tigers have confirmed the signing of formidable wing Nemani Nadolo for next season.

The Fijian international, capped 30 times, will end a four-year stint in the Top 14 with Montpellier to move to the Premiership.

Nadolo, 6ft 4in and 20st 4lb, has been prolific in both hemispheres, having starred for the Crusaders with 27 tries across a three-year spell in Super Rugby.

With Nadolo bringing his try-scoring ability to Welford Road, Tigers director of rugby Geordan Murphy said the club had signed a player of Test calibre.

“He’s a star of the international game and a player that crowds all over the world have been able to enjoy see play.

“It’s certainly one to get excited about, no matter who you are,” said Murphy.

“Now, the Tigers faithful get that chance and the playing squad, as well as coaching staff, get the opportunity to work alongside and with Nemani from next season.”

Nadolo, who can also play centre, was named in the Fiji squad for the 2015 Rugby World Cup along with former Tigers favourite Niki Goneva.

The 32-year-old boasts 19 tries in international rugby and shared his desire to impress in the Premiership.

“Tigers is everything I’m looking for in a club, family first and the vision they have moving forward is something I wanted to be a part of,” said Nadolo, who briefly played for Exeter in 2011.

“I can’t wait to roll my sleeves up and rip in. It’s a great opportunity for me and my family to come set up shop in your town.

“Hopefully I earn the respect of the fans by doing my talking on the field.”