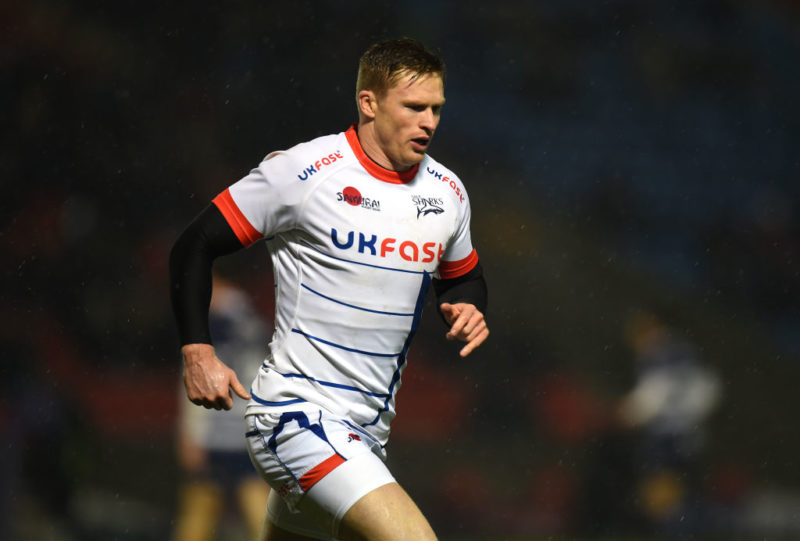 Steve Diamond has announced his Sale Sharks squad for the Challenge Cup semi-final clash against La Rochelle, with Chris Ashton named on the wing.

Ashton, the leading tryscorer in the history European competition, has been sidelined for a month with a calf injury but makes his return to French soil at Stade Marcel Deflandre.

The former Toulon wing picked up the injury on England duty during the Six Nations. His availability for selection is timely for the Sharks as Byron McGuigan (hamstring) and Rohan Janse van Rensburg (suspension).

Stepping in to Janse van Rensburg’s boots is Australian international James O’Connor, who himself is back in the team to face La Rochelle after missing three weeks out.

In the pack, no.8 Josh Strauss has failed to pass the HIA protocols and will remain sidelined.

Jono Ross captains the side and is flanked by the Curry brothers.

Ahead of the game, Sale Sharks’ director of rugby Steve Diamond said:

“La Rochelle are a very good side and they are huge team; they play in front of sell-out crowds every week and they will be a real handful on Saturday.”

“Unlike last week where we were poor, we have got to go out to express ourselves and play rugby, there’s no point trying to contain a side as big as La Rochelle so we need to get out of the blocks early.”

“It’s knockout rugby and a one-off game, so if we turn up with the right mentality and skillset, who knows where we could go with it. Sale haven’t been in a major final for over 10 years so it would bring a real buzz around the club.”