Jonathan Joseph back in peak physical shape ahead of World Cup 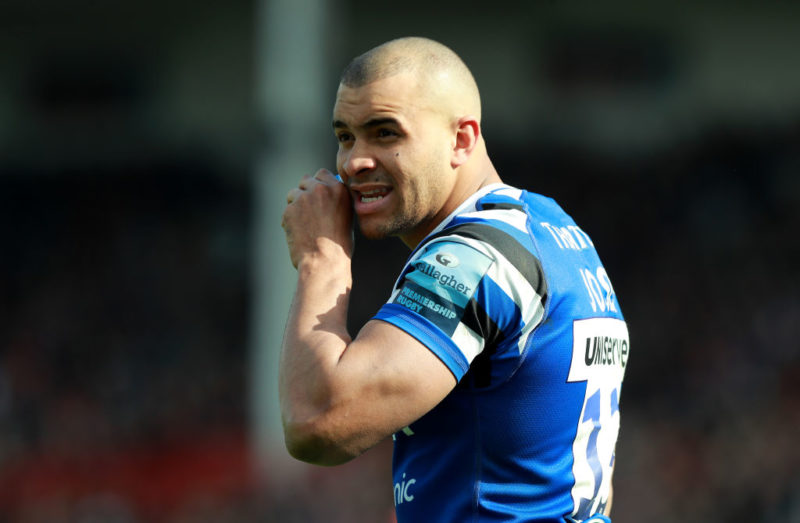 Jonathan Joseph is ready to challenge for his England place and remind Henry Slade he has no divine right to the Red Rose No.13 jersey, insists Bath attack coach Girvan Dempsey.

Versatile Exeter man Slade has impressed since filling the outside-centre spot vacated by Joseph during his nine-month lay-off after ankle surgery last April.

However, with Joseph hitting top form again and having added to his repertoire by assuming a secondary playmaking role in an improving Bath attack, former Ireland centre Dempsey believes England should have no hesitation in welcoming him back.

“JJ’s ready – he’s there,” Dempsey, right, told The Rugby Paper. “He showed against Bristol last week how outstanding his attack and defence are – his ability to move laterally across the line, read the opposition’s attacking picture and make good decisions is right up there.

“The way he organises guys around him in defence is excellent, too.

“Attack-wise, as well as his own ability as a No.13, he’s become another ball player at Bath which has been huge for us in developing our attacking intent.

“JJ’s a very smart footballer and if England put him back in their team for the World Cup, I wouldn’t have any fears about him impressing on that international field again.

“It’s just up to Eddie Jones and his coaches to keep watching him and he’ll be in the mix.”

With Jones favouring players who are capable of playing in more than one position, Dempsey believes the work Joseph did during his long lay-off will have answered any questions around his all-round ability as England narrow their World Cup selections.

Dempsey explained: “We’ve been developing the playmaker in JJ and that’s something he’s been keen to do. He can run good lines, he’s strong on counter-attack and he uses his footwork well to find weak shoulders and bring players around him into the game.

“His ability to make good decisions around running a hard line or play out of the back or wide is something he’s worked really hard on while he’s been injured to add all that to his game. He offers great options to England now if they want to pick him.”

Meanwhile, Dempsey has hailed the contribution of unsung wing Ruaridh McConnochie, who joined Bath from the England 7s side last summer having never playing 15s professionally before, but whose swashbuckling style is proving a smash-hit at the Rec.

“He’s been one of the standout players of the season and a real asset to our attack,” Dempsey said. “His ability to beat the first tackler has been terrific and there’s a bit of the Tommy Bowe about him in the way he doesn’t melt or die after taking contact.

“Once someone tackles him or takes a shot, his ability to roll out of that, keep his leg drive going through and break the tackle is massive.

“His ability to make extra yards is huge and he’s a good finisher, too, so he has the potential to go higher.”

While injuries to key players has meant Bath’s attack has been slow to catch fire, Dempsey, who joined from Leinster last summer, added: “It’s a twofold thing because although it takes time to grow your systems and philosophy, having guys like JJ and, hopefully, Anthony Watson coming back in after injury is like getting a bunch of new signings.

“It’s been a challenge, I won’t hide from that, but being without those guys and others like Semesa Rokoduguni has allowed younger guys like Ruaridh, Max Clark and Max Wright to step up which will stand us in great stead for future seasons.”