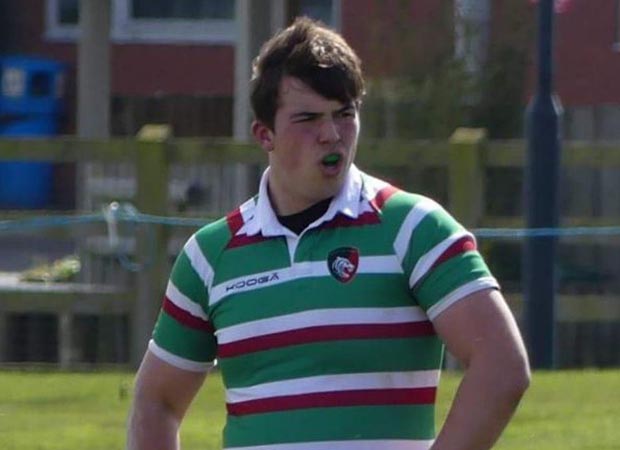 When he left Cardiff before the Second World War, Frank Whitcombe could have had no idea he would be creating a rugby dynasty of Anglo-Welsh dimension.
This afternoon, more than 80 years later, his descendants will converge from both sides of the border on a green field in Somerset to witness the fourth generation of the family make his bow on the international stage. James Whitcombe will be propping the scrum for England’s youngest under-age team at Bridgwater today against of all people, Wales.
“It’s going to be a lovely occasion for the entire family,” his father, Martin Whitcombe, says. “We’ve got the Welsh Whitcombes coming from one direction and the English Whitcombes from another. I can’t wait to see and hear the Welsh Whitcombes cheer for England. I’ve waited a long, long time for that and now the day is almost here…”
There are some students of the Whitcombe history who wonder whether the newest of the tribe might not turn out to be the best of all. The great-grandson of the founder will have to go some but he already has the makings of being the biggest.
England’s loosehead prop is as near to 6ft 3in as makes no difference and weighs more than 18st (118kg). He will not turn 17 until shortly before the end of the year but master Whitcombe has been treading in some mighty footsteps more or less ever since he began to walk.
His great-grandfather began it all in the Roaring Twenties. A bare-knuckle prize fighter and rugby player from the inner Cardiff suburb of Grangetown, whose brother George played professional football and international baseball, the original Frank Whitcombe joined Broughton Rangers Rugby League in 1935 for £100 and a position as a keeper at Belle Vue Zoo.
He survived the early setback of losing his day job after a pack of zebras had been found wandering off in the general direction of downtown Manchester.  On the field, his career flourished and within three years the £3-a-week part-timer had joined Bradford Northern for a then record fee of £850.
After the war, he played in three Challenge Cup finals at Wembley and toured Australia in 1946 with Great Britain, the famous ‘Indomitables.’   A Bradford director and a publican, he laid the foundations of the dynasty before his sudden death in 1958 at the age of 44.
His sons, Frank and Brian, stuck to Union, playing almost a thousand games between them for Bradford, Keighley and Yorkshire. Frank had the distinction of propping against the All Blacks in January 1964, for North-Eastern Counties at Harrogate and giving Wilson Whineray’s mighty team a run for their money.
No sooner had Frank Jnr retired than another family prop began extending the tradition into a third generation. His son Martin, a loosehead who played for England B during the Eighties, had five seasons at Leicester before spells at Bedford, Sale, Leeds and in South Africa with Natal.
His son, James, has been a member of the Leicester academy for the last three years. A pupil at Woodhouse Grove Independent school near Bradford, the teenaged Whitcombe is the latest in a long line of players to benefit from a Welshman’s love of the game.
Keith Jones, head of physical education at the school where he has been teaching since 1978, was recognised at Twickenham for his unstinting work when the English Schools RFU presented him with the Real Rugby Heroes Award in 2014.
His latest England protégé would not be the first to play underage rugby for one country and then switch to another. Ross Moriarty, the English-born son of a Welsh father who, like the original Whitcombe, went north to Rugby League, is the most recent example.
He helped England win the Junior World Cup at U20 level, then transferred allegiance to Wales so effectively that the Lions are taking him to New Zealand.
Whitcombe has a very long way to go before being confronted with a similar choice.
“A lot of young lads of his age have the same dream,” his father said, aware that the England team includes Louis Lynagh, son of Australia’s golden Wallaby Michael Lynagh. “James’ debut for England will be a wonderful occasion and James knows that the hard work will start from next week. He’ll take it one day at a time and we’ll see what happens.”
The Frank Whitcombe Propping Company has been established for so long that the current nationality laws on ancestral claims only go back two generations, to grandparents.
As the great grandson, James would have to reverse the journey of 1935 back to Cardiff and qualify via residency.
There again that may not even enter his head, nor should it. In Bridgwater today he will be living the dream, an English boy playing for England even if took a great-grandfather from Wales to pave the way.