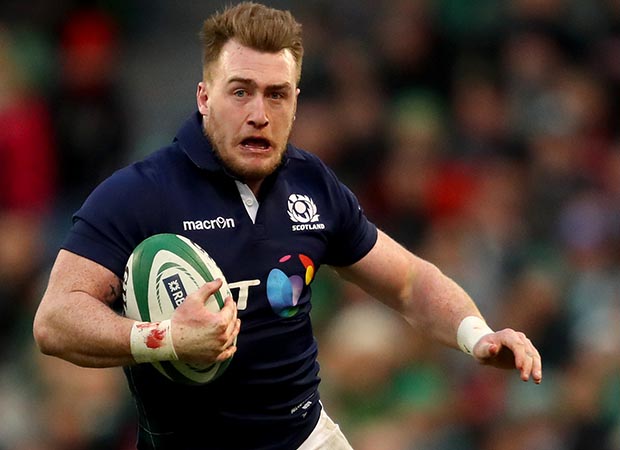 Scotland now has exactly as many Lions as the sum total of Conservative and Labour Members of Parliament – two. Even in a winning season, their number keeps shrinking.
Maybe a time will come soon enough when an independent Scotland leaves the Union to reunite with Europe, when they can tell the British and Irish Lions to take a running jump and officially shorten their name to the English, Irish and Welsh Lions. Regrettably, it won’t make much difference to the here and now.
The Lions have been managing without them in any meaningful quantity for a depressingly long time. The ‘spot-the-Scot’ process began at the turn of the century, leaving a demoralising fact to be unearthed from the bones of the game’s most endangered species.
Scottish representation in the original squads for the five Lions tours this century amounts to 13 – three in Australia in 2001 (Tom Smith, Scott Murray, Simon Taylor), three in New Zealand 2005 (Gordon Bulloch, Chris Cusiter, Taylor), two in South Africa 2009 (Euan Murray, Nathan Hines), three in Australia 2013 (Richie Gray, Stuart Hogg, Sean Maitland) and two this time (Hogg, Tommy Seymour).
Wales have 12 which means they have won almost as many places on one tour as the Scots have over the course of five.    The figures do not include replacements of whom again woefully few have come from the far side of Hadrian’s Wall – Andy Nicol, Ross Ford, Ryan Grant and Mike Blair, summoned for the start in South Africa in 2009 after Tomas O’Leary dropped out.
That the Lions have probably picked two Welsh too many will reinforce angst north of the border over claims that they have been granted two too few during the same period. Their sense of grievance would have been infinitely worse had goalkicking scrum-half Greig Laidlaw stayed in one piece and still missed out as would probably have been the case.
Ian ‘Mighty Mouse’ McLauchlan, a cornerstone of the only Lions to win a series in New Zealand almost half a century ago, went so far as to make the unreasonable suggestion that the man responsible, head coach Warren Gatland, didn’t like Scots. “He doesn’t come here,’’ the former SRU president said at Murrayfield the other day. “Does he?’’
Maybe not last week but Gatland was certainly there in February to witness Scotland’s second half lambasting of Wales and a fat lot of good it did the winners in terms of Lions selection. The visitors created precious little yet their entire misfiring back division that day have been anointed as Lions with the sole exception of Scott Williams, their most creative midfield player.
The days of the Lions excluding a player because his country happened to have too many and picking an inferior one because his country had too few have long gone, thankfully. Gatland has picked the best 41 for the job without fear or favour.
Once England tore them asunder at Twickenham a fortnight later, Scottish contenders shrivelled to four, five at most – Hogg, Seymour, Sean Maitland, Hamish Watson, Finn Russell. Seymour made it at Maitland’s expense and Gatland’s obsession with size rendered the impressive Watson surplus to back row requirements.
That leaves Russell as the one genuine cause for Scottish complaint. The best attacking fly-half of the Six Nations, Twickenham apart, the Glasgow Warrior misses out to an opposite number who survived repeated calls over a long winter to be dropped by Wales, Dan Biggar.
The impression that Russell and, by extension Scotland, have been short-changed is strengthened by Jim Telfer, alongside Sir Ian McGeechan as the greatest of all tartan Lions. Making Hogg the sole exception, Telfer argues that “there’s nobody else in the squad who has that X-factor or sort of flair Finn Russell has been showing…”
The same can be said of another unlucky absentee, Garry Ringrose. While there is some merit in the argument that the tour may have fallen a fraction too early for him, the 22-year-old Dubliner knows from first-hand experience what it takes to beat the All Blacks.
A 70th-minute substitute during Ireland’s greatest win of all, 40-29 against the World Cup holders in Chicago last November, Ringrose recovered from a poor game in Cardiff to finish the Six Nations in style. Despite that, Leinster’s outside centre misses out to Jonathan Davies, a case of power trumping invention.
Another of the all-star Irish cast at Soldier Field, Simon Zebo, has also been outpointed by a Welsh opponent. The Lions’ preference for Leigh Halfpenny is a further example of Gatland’s pragmatism, a case of opting for a dependable goalkicker and courageous defender at full-back ahead of a non-goalkicker with pace and panache. Zebo has plenty of both.
The Lions will be lucky if they stay as selected before take-off given that more than half will be busting a gut for their clubs in quest of domestic and European titles. If they do, it will be in spite of the schedule, not because of it.
In that event, the most powerful Lions squad of all will defy the All Blacks to find a way through them.  What bothers me is that only one side has a collective ability to find a way round the opposition and it doesn’t play in red…