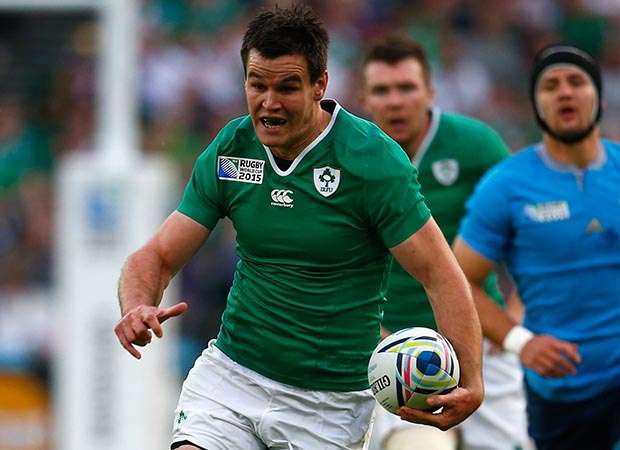 The Six Nations provides Warren Gatland with the most exacting series of trials that any Lions chief selector could wish for. This is especially true for those at fly-half, the tactical fulcrum in any Rugby Union team, and one which will have to function flawlessly if the tourists are to repeat the series win over New Zealand achieved by the 1971 Lions.
That team was fortunate to have Barry John, when the Welsh 10 was at his mercurial best, and Gatland will be searching for a fly-half who can match those inspirational qualities, sparking an electric response from those around him.
The spotlight has been on seasoned campaigners like Ireland’s Jonny Sexton, England’s 10/12 Owen Farrell, and Dan Biggar of Wales, as well as the younger contingent headed by George Ford (England), above, and Finn Russell (Scotland), far right,with Paddy Jackson (Ireland) an outside bet.
This Six Nations campaign has given Gatland an opportunity to gauge not only which fly-halves can rise to the occasion against the All Blacks, but also those who can ride the pressure.
The qualities the head coach will prize most in his key playmaker will be a refusal to buckle in the face of adversity, and the capacity to come off the ropes and land a knock-out blow.
Sexton’s 2013 Lions experience and his ability to marshall a backline still put him in the driving seat – especially after his hand in Ireland’s win over the All Blacks in Chicago – but the regularity with which he is injured will be a significant concern.
New Zealand is unforgiving territory for those who are hobbled in any way, but if Sexton finishes the season strongly he will tour.
The Irishman will face fierce competition from Farrell, left, whose ability at inside-centre does not alter fly-half being his favoured position. Farrell’s peerless goal-kicking, allied to his versatility and Lions test credentials from 2013, makes him a safe bet to be on the plane.
The success of Ford’s 10-12 partnership with Farrell in England’s Championship-winning run will also have caught Gatland’s eye, giving him the option of having two play-makers to test the New Zealand midfield.
Biggar brings different strengths with his defensive muscularity and aerial ability, but inconsistency over the course of the campaign could prove costly.
Russell’s stock has also fallen after the Scottish midfield was shredded by England, with the fly-half frequently caught in defensive no-man’s land.
However, the attacking elan he showed in Scotland’s home wins over Ireland, Wales and Italy will have left its mark – although it is probably not etched deeply enough this time.
The fly-half front-runners? Sexton, Farrell and Ford.