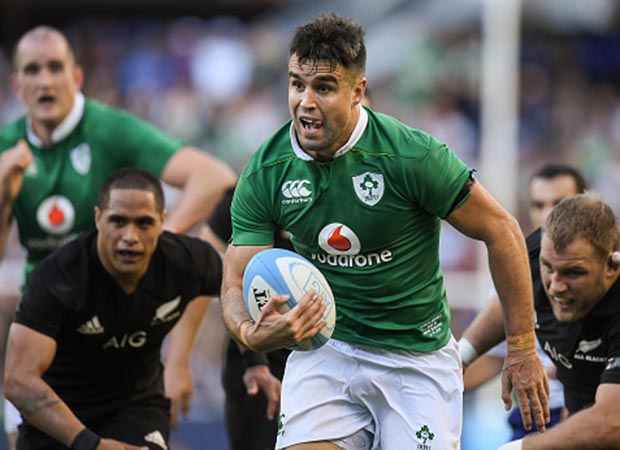 Given the influence that Conor Murray had on the 2013 Lions series victory in Australia, and on Ireland’s progress since then, the Munster scrum-half is as close as there is to a certainty for the forthcoming tour to New Zealand. Although Kieran Marmion did a good job as cover for Murray in the Irish victory over England in Dublin last weekend, it is difficult to imagine that the home side would not have won by a bigger margin if Murray had been fit.
Murray is a big, powerful No.9 who has already punished New Zealand this season, scoring a momentum- shifting try against them in Ireland’s landmark victory in Chicago.
His strength around the fringes and exceptional tactical kicking ensures that opponents can never drop their guard when he is on the pitch.
The same applies to Rhys Webb, whose form over the Six Nations suggests he will be Murray’s chief rival for the Test slot.
Webb was a beacon for Wales in an otherwise disappointing campaign, with his sniping running and deft distribution making him a constant threat. The Welsh also have a handy replacement in Gareth Davies, whose speed over the ground is impressive.
The Red Rose double-act of Ben Youngs and Danny Care also had their moments during a campaign in which England retained their Six Nations title.
Youngs scored an important close- range try in the arm wrestle against Wales in Cardiff, while Care injected energy and high-tempo movement typified by his quickfire try against Italy.
When the Harlequins No.9 followed that up with two more opportunist tries in the rout of Scotland, it was not beyond the bounds of possibility that both England scrum-halves would be selected to take on the All Blacks.
By contrast, Scottish claims to the pivotal position diminished when Greig Laidlaw was injured against Wales and was replaced by the pugnacious, but inexperienced, Ali Price.
However, England’s setback against the Irish also made their claims look less secure. In part, this was because neither Youngs, left, nor Care were able to wrest the tactical initiative off the Irish.
Strategic nous at scrum-half is an absolute essential if the 2017 Lions are to become the first touring side to win a series in New Zealand since 1971.
The great Gareth Edwards not only posed a dynamic running threat himself, he also had a crisp, clean pass and an excellent array of kicking skills.
At the moment Murray, Webb and either Care or Youngs – a 2013 Lions tourist – appear best-placed.