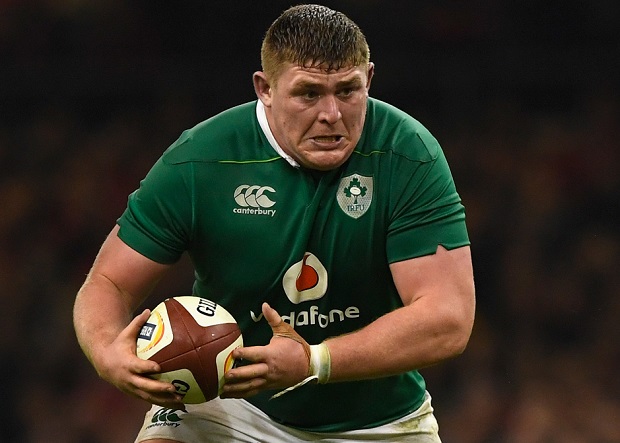 New Zealand have the highest strike rate off set piece possession in the world game. That is why it is imperative that the Lions jolt them out of their rhythm on their set piece ball, and unleash hell on the All Blacks when it is their turn to attack from scrum and line-out.
Hooker and tight-head is where it all starts, and the quality that the Lions have in those positions will dictate whether the tourists can establish the momentum and front foot capability to disrupt New Zealand. It will take exceptional all-rounders to fracture the crucial All Black hinge between hooker Dane Coles and tight-head Owen Franks – but the Six Nations suggests that the Lions are well-equipped in both positions to mount a formidable attempt.
Two of the candidates at hooker, Rory Best and Dylan Hartley, captain their countries and are veterans with a deep reservoir of experience. Best is longer in the tooth, and will celebrate his 35th birthday the month after the tour, but he has a spring in his step after leading Ireland to two milestone victories this season by ending the joint 18-test record winning runs of New Zealand and England.
The Ulsterman’s leadership credentials are not in doubt, and an occasional attack of throwing yips at the lineout – as against Wales – are offset by his effectiveness at the breakdown, where he has the turn-over skills of an openside.
Hartley has seen it all, and has by far the best record in the Home Unions as a captain since the 2015 World Cup, with just one loss in 19 tests. However, his ability to function at full tilt for the full 80 minutes has been questioned by the decision throughout the Six Nations by England coach Eddie Jones to replace him early in the second half with Jamie George.
Saracens all-rounder George was the form hooker in Europe last season, and is still playing at a consistently high level for club and country this campaign. He is a big unit (108kg) and strong at the set piece, and is also an impressive operator whether steering a line-out drive or acting as a backline link.
Ken Owens has put down a marker in the loose with Wales this season, although a Welsh scrum which is more of a holding operation than a dominant force will not have helped his cause. The same applies to Fraser Brown, despite his effectiveness in the loose for Glasgow and Scotland.
The huge strides made over the last year by Tadhg Furlong have made the Leinster and Ireland tight-head the most likely pillar on which the Lions will build their scrum. However, Furlong’s blockbuster displays in the tight and as a carrier against the All Blacks in the autumn guarantees that the Kiwis will try to get under his skin.
Furlong is also only 16 caps into his Test career, and that is why Dan Cole (below) provides an important counterweight with his 73 test appearances for England. The big, reliable Leicester No.3 has managed to keep the Red Rose shirt despite the challenge from Kyle Sinckler, the chunky, dynamic Harlequins youngster who has made a strong impression of the bench for England this season.
Elsewhere, Tomas Francis and Samson Lee of Wales might not have the mobility required in New Zealand conditions, but Zander Fagerson’s one-man anchoring of a wobbly Scotland scrum – as well his his handling ability – might give Warren Gatland pause for thought.
George and Best deserve to lead the charge at hooker, with Hartley and Owens vying for the third slot, while at tight-head Furlong and Cole appear certain, with Sinckler’s bench impact a strong selling point.