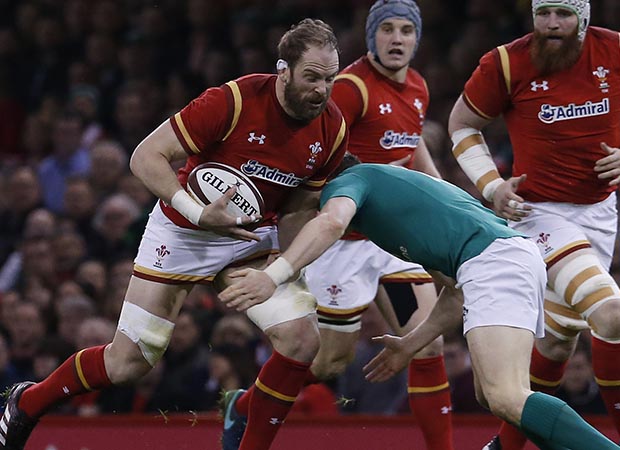 The giants of the second row have always loomed large in the folklore of the Lions as the driving force behind the most successful tours. Whether it was Willie John McBride in 1971 (New Zealand) and 1974 (South Africa), Wade Dooley in 1989 (Australia), Martin Johnson in 1997 (South Africa), and Paul O’Connell and Alun-Wyn Jones in 2013 (Australia), locks have been highly influential with their leadership.
There is every reason to believe that the inspirational force generated by the second row men will be equally influential as the British & Irish commando head for New Zealand again this summer to tackle the double world champions in their own back yard.
One of the biggest bonuses for 2017 Lions head coach Warren Gatland is that his stocks at lock are overflowing, with competition arguably the fiercest in a squad where there is depth in every position. Sifting the quality available at lock when the squad is announced later this month will be one of Gatland’s greatest challenges, especially with Alun Wyn Jones – who led the Lions to an emphatic victory against the Wallabies four years ago after Sam Warburton was injured – available again.
On the evidence of his Six Nations form it is almost inconceivable that the powerhouse Welsh captain will not be one of the first names on the lock list, and quite possibly as tour captain. Jones has a rugged physical presence and inexhaustible tenacity that will be essential components if the Lions are to get the upper hand against the All Black pack.
The second row depth available to England has been an important factor in them winning the Six Nations title two years in succession, with last year’s Grand Slam pairing of George Kruis and Maro Itoje, above left, replaced – following injuries this season to both of them – by Courtney Lawes and Joe Launchbury, below right.
Kruis is expected to be fit again within the next fortnight, and his line-out expertise and exceptional mobility and work-rate means that he could yet claim a place, especially as he will be fresh after a long lay-off. That could turn up the heat for the remaining places, especially as his Saracens team-mate Itoje has identical capabilities at lock and is also a Test- quality option at blindside.
Lawes was back to his best this season as a ball-carrier and tackler, and he and Launchbury were impressive until England’s defeat in Dublin. However, it is conceivable only one of them will make the initial Lions squad – and perhaps neither – especially as Ireland’s Iain Henderson, left, who is less consistent but a force of nature whe on song, outshone them both at the Aviva Stadium.
Wasps recent European Cup quarter-final defeat by Leinster will have done Launchbury no favours, especially as he was overshadowed by Devin Toner, with the 6ft 11ins Leinster lock making a big statement in the loose as well as the set piece after losing his place in the Irish starting line-up.
Toner will face stiff competition himself, with two other skyscraper second rows, Scotland’s Richie Gray and Welshman Luke Charteris, also in the running. If you then add the credentials of Donnacha Ryan, Jonny Gray and Jake Ball to the mix, the Lions will be fully loaded at lock, and ready to fire a volley at the New Zealand pairing of Brodie Retallick and Sam Whitelock.