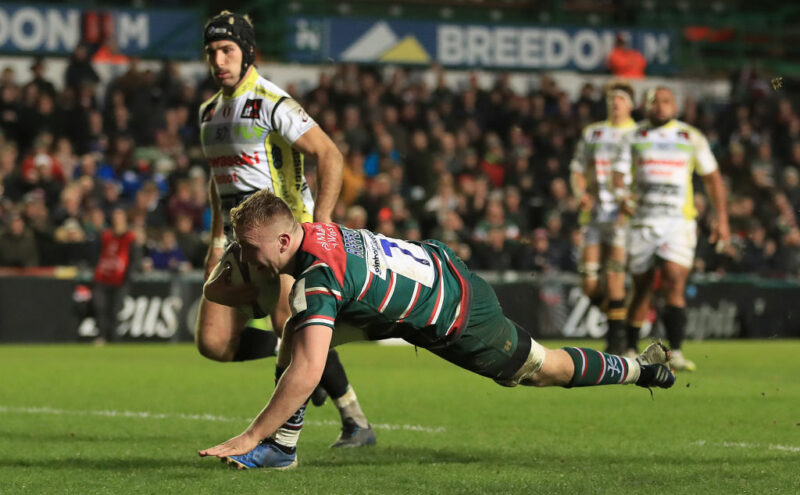 Borthwick officially started his new role at Tigers last Wednesday after completing his commitments on the England coaching staff.

While contact time has been limited, the young Welsh flanker knows all about the former England, Bath and Saracens lock’s pedigree as a coach.

“All the boys are excited, and I am especially excited because of the knowledge Steve is going to bring in,” Reffell said.

“He’ll be a real breath of fresh air for the place and I am really looking forward to it.”

Reffell, 21, managed to win over the coaches last season –  his second campaign in the senior squad – to make 17 first-team appearances.

And he hopes to kick on further under Borthwick, especially as one of the competitors for his openside jersey, Guy Thompson, has left for Ealing Trailfinders.

“Ever since I arrived at Leicester in the academy (five years ago), the main goal for me was to get in the first team and play regularly and make a name for myself.

“It is about me playing as much minutes as I can at the moment and showing what I can do out on the pitch, and also working hard in the fitness sessions, and trying to show my skills.

“We’ve got new coaches coming in and that’s going to be a big opportunity for boys to impress and claim a shirt.”

He added: “I was really happy with the amount of trust the coaches have shown in me this season. It is now about me building myself up and put a marker down in these games coming up.

“But we’ve got some really good boys coming through and some older boys as well so it’s a competitive position and it is not just going to fall in my lap.

“I am just working hard on my catch and pass, catching and jackaling, anything I can to make myself into the player I want to be.”

The former Wales U20s captain is certainly not short of inspiration as he looks to push on with his Leicester career and break into the Wales senior squad.

Neil Back, Lewis Moody and Josh Kronfeld are some of the names to have worn the Tigers number seven jersey in the pro era, while with Wales, Reffell has had the likes of Justin Tipuric to look up to.

“Neil Back is a legend around here, his try-scoring record speaks for itself as an openside forward,” he said. “Every time you see those classic games on BT Sport and stuff, he is always there buzzing around and being a great link player.

“Tipuric’s skills are better than most back rowers, I think he could play in the centre as well, and he doesn’t get enough recognition for his unseen work around the breakdown.