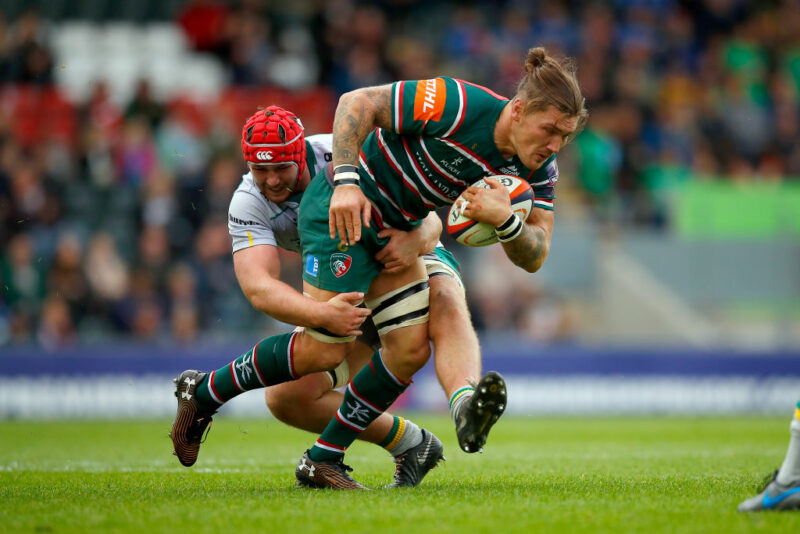 As exclusively revealed by The Rugby Paper on April 26, Thompson would be leaving Welford Road, where he scored seven tries in 33 appearances for the Tigers, to join Ealing in the second tier.

His performances in his first season there after leaving Wasps earned him their Newcomer of the Season Award.

The 33-year-old has a wealth of experience to bring to Trailfinders and began his rugby career in the Gloucester Academy before spells at Richmond and Jersey Reds, giving him previous Championship game-time.

In a club statement, Thompson said: “After speaking to Ben (Ward, director of rugby) I was hugely impressed with the ambition of Ealing Trailfinders. It’s an exciting time to be part of the club and I am hoping to make a big contribution to the journey ahead.

“Having watched them play, I’m excited to be playing some expansive rugby.”

Thompson single-handedly saved Leicester from relegation from the Premiership last season when he scored two crucial tries against Newcastle Falcons at Kingston Park.

The 27-22 defeat for Falcons in Round 19 left them needing a miracle to survive, as Thompson claimed the man of the match award.

Ward added: “Guy’s rugby CV speaks for itself and this is a huge signing for us,” he said. “He has been at the top level for nearly a decade and I’m sure he will bring plenty to us, both on and off the pitch with his leadership.

“We have lost a few experienced players and he will bring that to the squad.

“The back-row has been a very strong area for the last few seasons and we are sure it will continue to improve with Guy in the Green and White shirt.”