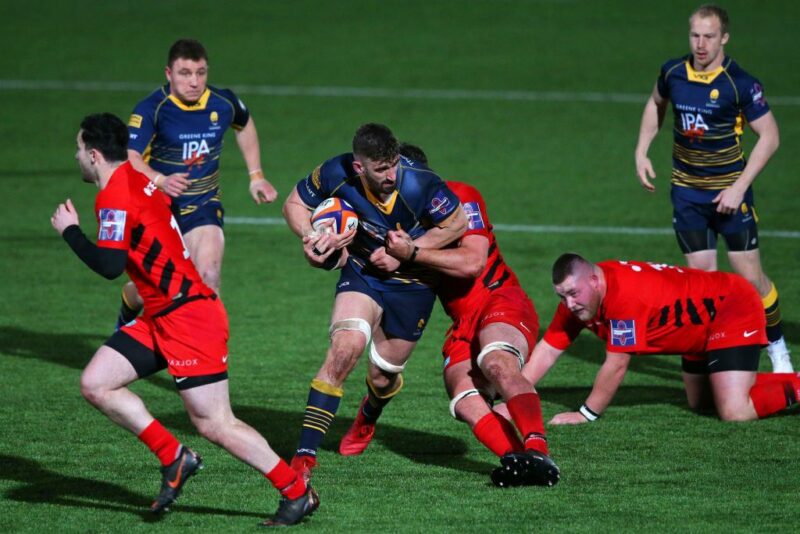 CARL Kirwan is delighted to be back in the Championship after signing a part-time deal with Nottingham.

The fearsome flanker will combine playing alongside a job as site manager for club chairman Alistair Bow’s construction company.

Kirwan, 29, spent last season in National One as club captain of Chinnor having previously played for Rotherham, London Welsh and Worcester.

He was named in the Championship Dream XV while with the Exiles in 2013/14 and represents a very good signing for a club who up until now have been quiet on the external recruitment front.

Fly-half Will Maisey is also thought to have signed for the Green & Whites from Coventry.

Kirwan said: “I’m exciting about stepping up from National One again and moving back into the Championship and testing myself against friends of mine – good people like Guy Thompson at Ealing. I can’t think of anything better than going up against him and rubbing his face in the mud!

“By the sounds of it, Neil Fowkes (Notts head coach) has got a great environment going at Nottingham. What they have on paper, and are striving to be, is sustainable. I know they’re in talks with quite a few people.”

Kirwan played 26 times in the Premiership across his spells at Welsh and Worcester, but injuries stymied his progress and he was forced to drop down to English rugby’s third-tier for the 2019/20 season.

“When I got let go from Worcester, it is probably the best I’d felt. In the few games I was allowed to play, I felt I put my best rugby out there, it was just unfortunate the market was a little bit full of back rows. It is what it is, rugby is a cut-throat business.”

Given his reputation as a ferocious competitor at the breakdown and the stricter enforcement of the laws in that key area, Nottingham look to have made a shrewd addition.

Besides the Sharks, Welshman Jones has experienced professional rugby in France with Perpignan and also as an academy player at Cardiff Blues.