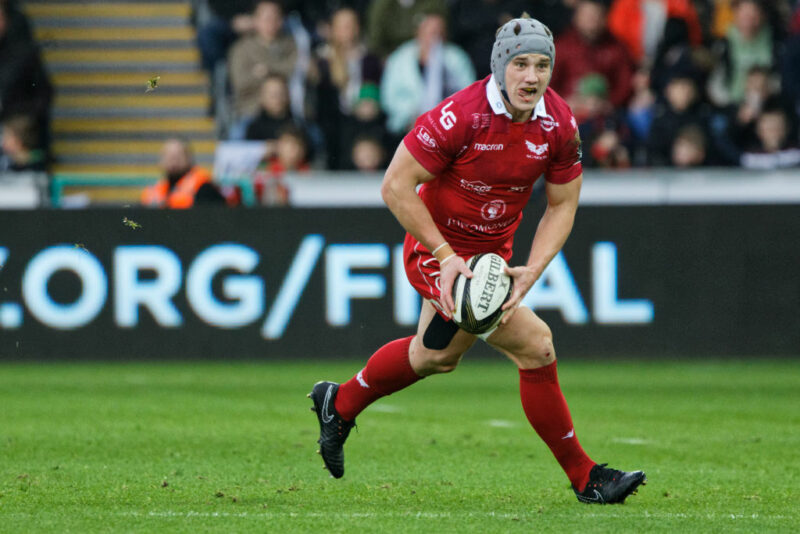 The 32-year-old played on in Japan with his knee heavily strapped for the semi-final and bronze medal match defeats to South Africa and New Zealand.

He had surgery on his return from the Far East and his recovery is progressing well despite him not being afforded one-to-one physio treatment due to the lockdown.

Davies has been taking part in weekly exercise classes with fellow players via Zoom and, although he is still part of the Scarlets’ injured player group, his return to play is on track.

The Scarlets are set to return to training on July 1 ahead of the PRO14 resuming on August 22. It is unlikely Davies will be ready in time for that, but it has not been ruled out with the Scarlets set to assess him this week.

Scarlets head coach Glenn Delaney will have fly-half Patchell – who also hasn’t played since the World Cup – available for PRO14 action. Patchell suffered a shoulder injury against New Zealand but was due to face Connacht before lockdown and is in full training.

Lock Jake Ball (shoulder) and James Davies (hip) are also progressing well from their injuries. It means the Scarlets have a healthy squad at their disposal for the rest of the PRO14 season and their Challenge Cup quarter-final with Toulon now scheduled for the weekend of September 18/19/20.

Ospreys fly-half Gareth Anscombe is the third member of the Wales squad alongside Jonathan Davies and Jenkins recovering from a serious knee injury.

Anscombe’s plan was always to miss Wales’ now postponed tour of New Zealand this summer and he remains unlikely to play again until the new season.