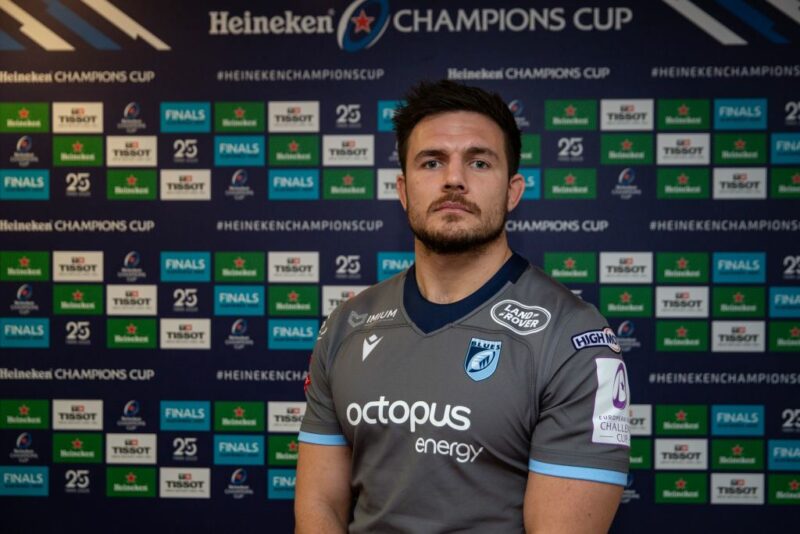 Ellis Jenkins is set to return to action when the Cardiff Blues squad reassembles on July 1 to prepare for two rounds of  PRO14 regional derbies.

As Welsh rugby deals with the huge impact of COVID-19 and its players discuss the possibility of permanent pay cuts, there is at least some good news on Wales flanker Jenkins.

The 27-year-old hasn’t played since suffering a horror knee injury against South Africa in November 2018 – one which forced him to miss last year’s World Cup.

Head coach John Mulvihill is hoping his captain will be nearer to his long-awaited return when he reports for training.

“Structurally, Ellis has had the word his knee is fine. He just needs to get back to training with the group before he starts playing again,” said Mulvihill.

“He’s important to us. He’s still the captain of our group and we’ve spoken a number of times about that going forward.

“I believe, and he believes, he’s still the best man for the job. We’re still working on the fact he’ll be back with us sooner rather than later so he can resume his career.”

After two knee operations, Jenkins visited world renowned specialist in sports reconditioning and performance training Bill Knowles in Philadelphia earlier this year and has been working hard during lockdown on his fitness.

Knowles helped the likes of Andy Murray, Tiger Woods, Peyton Manning, Alex Rodriguez, Frank Lampard and Jonny Wilkinson to return to play after major injuries and Mulvihill is hoping for a similar outcome for the 11-times capped Jenkins.

“Ellis was one of nine players on the long-term injury list by the time we finished the season and I think six of them were our starting outside backs,” said Mulvihill.

“It’s probably been toughest for our long-term injury boys during lockdown because they haven’t had the one-on-one treatment they would usually get. I’m sure they’ve gone through some dark days, but we’re looking forward to them coming back in and getting the best care they can.”

Mulvihill’s positive injury update on Jenkins comes at a time when the Welsh Rugby Union and the Welsh Rugby Players’ Association are locked in talks over long-term cutbacks to player salaries.

Like their English rivals, Wales’ four regions and the WRU have been hit hard financially by the coronavirus pandemic. Mulvihill is more than aware of what is around the corner.

“You need to work with the boundaries set around you. It won’t be ideal or great for everyone, but we’ve just got to get on with it,” said the Australian.

“If we all have to go through some collective pain, then that’s what we’ll have to do. In a few years we’ll look back and say ‘That was really tough, but we got through it and were better for it’.

“I think we’ve got to do what’s right for Welsh rugby.”

The Blues and their fellow Welsh regions will return to action on August 22 with Mulvihill hoping Wales wing Josh Adams will be ready to fire after undergoing ankle surgery in March.

The Blues will play the Scarlets in Llanelli in their first game and then meet the Ospreys a week later at a venue still to be determined.

Wales forwards Cory Hill and Rhys Carre have both agreed to join the Blues from Dragons and Saracens respectively, with those deals agreed despite the impact of global health crisis.