Home / Club Rugby / Regrets? Chris Robshaw bows out with some at Harlequins and England

Regrets? Chris Robshaw bows out with some at Harlequins and England 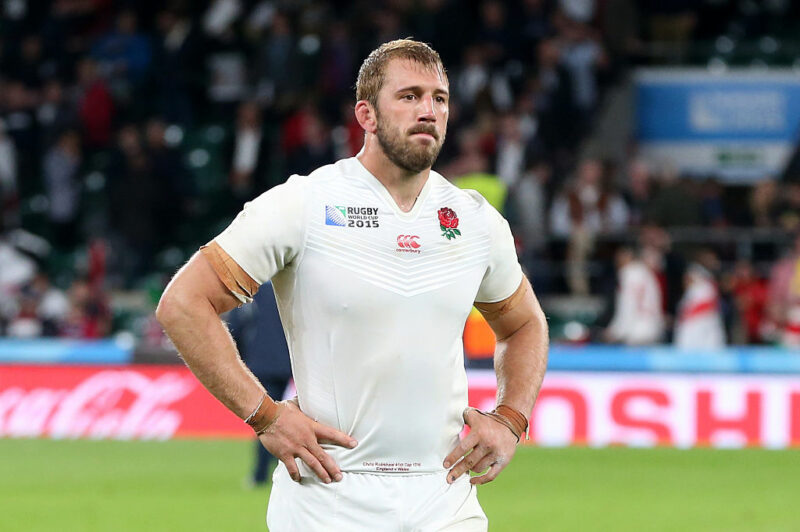 CHRIS Robshaw says Harlequins’ failure to build a dynasty of success following their sole Premiership title success in 2012 was a major disappointment as he prepares to bow out of English rugby.

The 34-year-old has signed for San Diego Legion on a two-year deal and will start his new adventure in Major League Rugby in January, once the current Gallagher Premiership season is over.

As he looks back on his 16 years at the west London club, Robshaw admits to a sense of frustration that the epic 30-23 win over Leicester eight years ago remains a one-off despite a squad laced with England internationals.

“We probably didn’t evolve our game enough, we probably thought we could continue to win by doing the same thing,” Robshaw admitted.

“The following two years we reached the semi-final, but both were away, Leicester one year and Sarries the other, and it is always tough as the percentage of away wins in semi-finals is very, very small.

“But, yeah, that’s a massive thing that we at least didn’t challenge a bit more when you look at the teams and the players we’ve had.

“You want to win silverware and be successful or at least have a shot at it, and hopefully the club can get back to where they want to be.

“But you realise how hard these things are and how special they are, so when they do happen, you have to saviour them. Winning the Premiership is definitely a highlight.”

Captain in 43 of his 66 Test matches for England – a record surpassed only by Will Carling, 34-year-old Robshaw says missing out on World Cup selection in 2019, and his decision to go for the corner instead of for the posts in the ill-fated game against Wales in 2015, are two more regrets.

Robshaw’s gamble in the last few minutes against Wales, when they trailed 28-25, did not pay off and the defeat left England on the edge of the abyss. A further loss against Australia saw them become the first host nation to exit the tournament at the end of the pool stages.

“I know the World Cup finished badly but to lead the guys out in that first game (v Fiji) in a World Cup, I couldn’t have been prouder,” he said.

“In terms of regret, it would come down to that Wales game and probably not giving us the opportunity to have a shot at goal, to see how things may have turned out differently. But in sport, especially in international sport, it is a rollercoaster and you have to take it all, the rough with the smooth.”

Relieved of the England captaincy, Robshaw remained in the back row as one of Eddie Jones’ foot soldiers for the first few years of his reign but by 2019, he’d fallen out of favour and missed out on the Japan World Cup.

“For me, personally, not going to the World Cup hurt. But I knew I’d given everything, I hadn’t left a stone unturned, I’d trained well and played well and done all I could. It was down to someone’s opinion, and as you get older, you accept that a bit more.

“You see all the re-runs of World Cups in football, rugby and cricket at the moment and, of course, I’d love to have had one more shot.

“To run out and play for your country in front of 80,000, I’d do it again in a heartbeat, maybe even against the Welsh!

“Getting a Baa-baas game next summer, maybe, that would be a nice way to come back.”

A brilliant servant for Quins, Robshaw still has an outside shot at reaching the 300-appearance milestone for Harlequins before crossing the Atlantic.

It would be a fitting way for the flanker to bow out before embarking on a new career in the sunshine state, where riding the tube takes on a very different meaning.

“If I was going to leave one of the best cities in the world, southern California isn’t the worst place in the world to live. It’ll be a little bit different from walking around Wandsworth and the hustle and bustle of the tube,” he said.

“Every afternoon the boys tell me they go for a surf, and if the sharks are bigger than your board, you get out, if not, it’s fine, which is slightly worrying!”

Robshaw may be entering uncharted waters with his move to the MLR but the experiences he has gained, good and bad, will stand him in good stead.

He refuses to see the parallels though when asked if he is a pioneer in the way David Beckham was when throwing his lot in with Major League Soccer.

“The idea is to have a good experience, to play a good quality of rugby but probably not as intensely as a French league or a Japan league – from what I’m told it’s the same sort of level as the Championship – and to have as much fun off the field as well as on it and try a completely different lifestyle.”