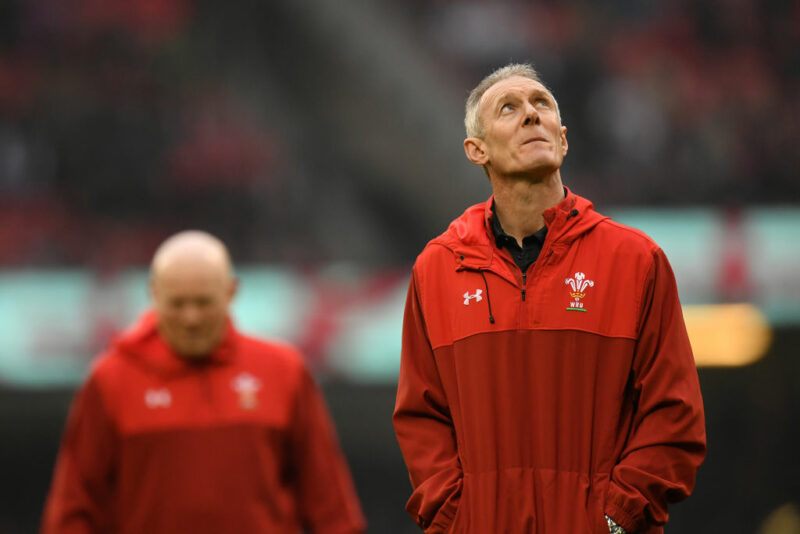 Former Wales attack coach Rob Howley has delved into his dark past to give reasoning behind his suspension by World Rugby and departure from the WRU.

Found to have placed 363 bets on rugby union over a four-year period, Howley’s departure from the Wales set-up also came with a 18 month ban from rugby activity.

And Howley has explained how it was borne out of a decade of grief after his sister’s suicide in 2011.

“For whatever reason – and I didn’t really realise this at the time – I turned to betting. Betting on rugby. It gave me an escape. A reason to forget,” Howley said in an interview with the Daily Mail.

“It was all about escaping from my dark thoughts. It was never about the money. Never.

“They were part of a treble or a 17-fold. They’d often be linked in with 10 football results. It wasn’t addictive behaviour. It was about escaping. A means of forgetting about the bad things and the experience of my sister.

“I placed 363 bets over four years. I knew I wasn’t allowed to but the escapism took me to a different place. It was just at times when I felt alone, I guess.

“Being away in hotels was the hardest. I would often be first down for meetings and often last up to bed. I didn’t like being in the hotel room on my own because there were no distractions.

“When my thoughts went towards my sister, betting on rugby was an escapism that took me to a different space. It was wrong and I hold my hands up. I messed up. I lost £4,000 over four years, so I wasn’t exactly good at it, was I? I was even using my work email address and phone. Pretty stupid, isn’t it? If you don’t laugh, you’ll cry.”

Howley had helped his sister through alcohol addiction, depression and her divorce a year prior to her death by finding her a home to live in and visiting every Wednesday, the day Wales staff would have their day off.

“There was a lot guilt, should haves, could haves,” Howley said. “By putting her in that house, on her own, I created an environment for her to kill herself. Her alcoholism went from bad to worse.”

Using betting as an outlet for his grief, the former Wasps and Lions scrum-half revealed how Warren Gatland and team manager Alan Phillips approached him at the team hotel in Japan after a team selection meeting one evening.

“At about 7pm, Gats [Warren Gatland] called a selection meeting in the bar and I went back up to the team room afterwards,” Howley added.

“I’d just put a couple of notes on the whiteboard and was doing some work on my laptop when a text came through. It was our team manager, Alan Phillips, also known as ‘Thumper’, asking to having a beer downstairs in the bar. It was about 10.30pm.

“I went down in the lift, sat down and he said, “What do you want?” Gatland was with him. Oblivious to what was about to come, I had half a lager and asked, “Is everything OK?” Thumper asked, “Have you been betting on rugby?” Pardon? Gats asked the same thing and I said, “Yeah, I have”. Thumper put his hands to his head and there was this silence.

Howley has outlined his intention to return to rugby when his ban ends on June 16, with a possible approach by Gloucester mooted.