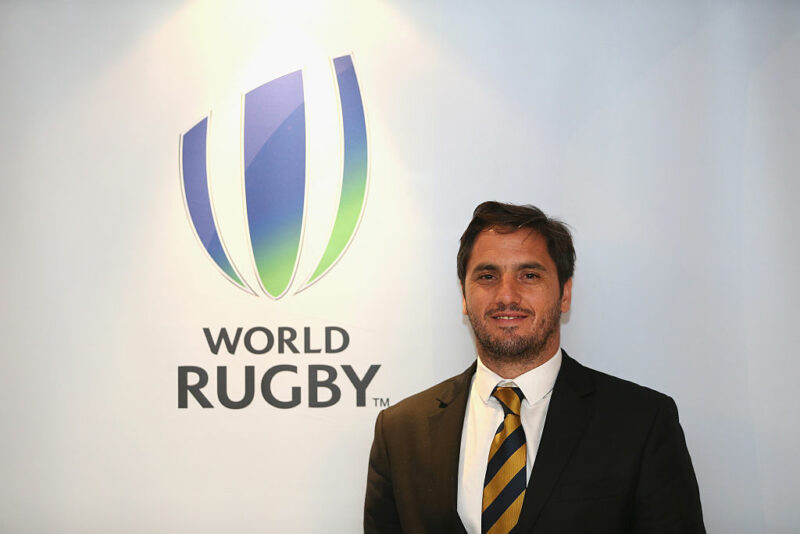 Agustin Pichot has left his position on the World Rugby Council following the election defeat to Bill Beaumont.

The Argentina legend has also vacated his role as president of Americas Rugby and cited a disillusionment with how World Rugby is governed after serving a four-year term as vice-chairman.

Pichot aspired to take the top job away from Beaumont but couldn’t shake any support from the Six Nations members away from World Rugby’s incumbent chairman, who claimed 28 votes to 23 to win.

“As of today, I have decided not to continue as a UAR representative on the World Rugby Council, nor as a member of the Rugby World Cup Board, nor as president of Americas Rugby,” Pichot said in a statement.

“The only reason I have been a part of World Rugby to this day, and which in turn is the same one that has moved me to run for president, is the conviction that World Rugby needs change.

“But my proposal, which I fervently believe in, has not been chosen, and that is why I choose to step aside. I cannot conceive of occupying a place just for the sake of occupying it.”

“Although I will now be exclusively dedicated to family and personal matters, this does not mean that I am moving away from rugby. I will always contribute, from the place that touches me, to achieve a fairer and more equitable global rugby that we continue to take pride in participating in and being part of.”

Pichot played a pivotal role in promoting the Americas within rugby’s established circle, seeing the Pumas accepted within the Tri-Nations and a Super Rugby franchise, Los Jaguares, formed.

The state of play among Sanzaar unions now remains without one of its key figures on the World Rugby Council, with Australia, New Zealand, South Africa and Argentina forecast to lose a combined £400m should they play no rugby in 2020.