“Everyone understands the situation” – Ulster furlough all players and coaching staff 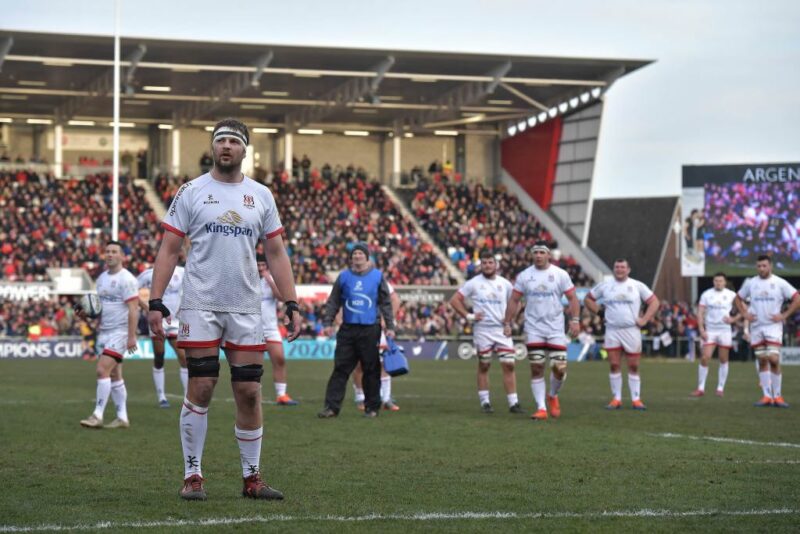 Ulster have placed all players and coaching staff on furlough after resorting to the government’s job retention scheme to safeguard its financial security.

The PRO14 club’s chief executive, Jonny Petrie, announced 70% of the club’s 183 staff would be furloughed, while an element of wages would be deferred in liaison with the IRFU.

“Everyone understands the situation and wants to work together,” Petrie said.

“We have to protect the business so that when we come out of this, we are are at least as strong as when we went in.

“Reaching agreement with players was not a particularly challenging process as everyone sees it as fair in the present climate and environment.

“We will review the employment situation as we go through the next few weeks when we have some clarity, can plan around facts and an environment exists for our players to return and work and take part in structured training.”

As the club’s Kingspan Stadium sits empty, it has been offered to the services of the NHS just like many other grounds across the UK.

And Petrie explained how Ulster were taking measures to ensure the strength of its squad would not be diminished for when matchdays do return.

“Like many others we have sought to take advantage of the relevant government schemes at a time when we still have many of our costs but we don’t have anywhere near our level of revenues coming into the organisation with matches not being played,” Petrie added.

“As well as VAT holidays and rates reliefs, we also moved quickly to defer percentages of salaries right across the organisation in line with the IRFU and the players were included in that.

“The issue is that deferral was resolved positively very quickly as all the players were understanding of why we were doing it. We had to look at what we could do as an organisation to ride out the current period.”