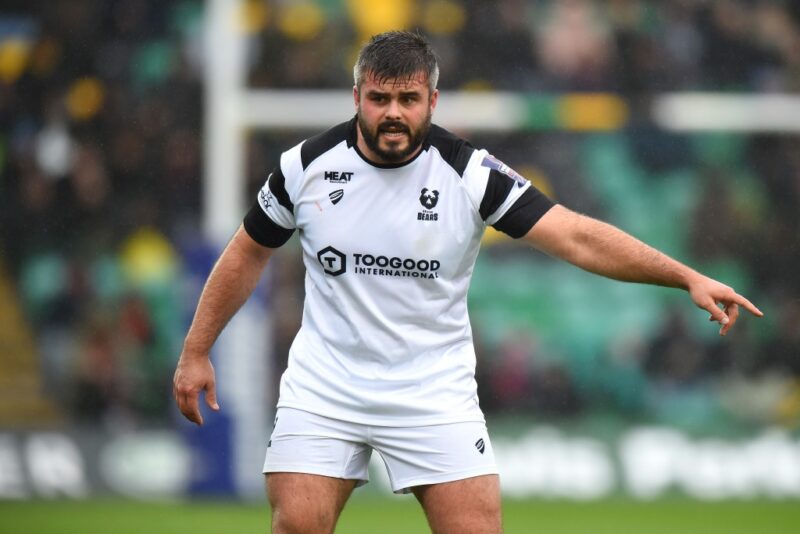 And now he has signed a new contract, he has outlined his intention to give Kyle Sinckler and John Afoa a run for their money.

Armstrong told TRP: “It is going to be a challenge getting past those two guys but John’s 36 and not getting any younger and Kyle will probably spend a fair bit of time away with England.

“I’ll be there every step of the way to help these guys perform to their best and then, hopefully, I’ll get some decent game time as well. There will be opportunities, I just need to take them.”

Signed from Jersey in 2018 after previous spells at Otley, Wharfedale, Leeds and Doncaster, Armstrong, 26, managed just four Premiership appearances at the start of last season before the extra physicality of top-flight rugby took a heavy toll.

However, with a recent run of games having satisfied boss Pat Lam, Armstrong said: “I’m really pleased with the new contract because it’s a chance to extend my stay at Bristol and with all the big plans in place for the new training ground, along with this being such a passionate hotbed of rugby, there’s nowhere else I’d rather be.

“It’s going to be quite a job next season but one of the reasons I did re-sign was because of the quality of the competition here. John Afoa’s got a wealth of knowledge and is a good guy who’s a model professional, so who better is there to learn from, while Kyle is just world-class – a proven performer at the highest level, which is why Bristol wanted him.”

While some clubs may have opted to ditch Armstrong given his injury record, the affable Yorkshireman is grateful that Lam had an eye on the bigger picture.

He explained: “If I had to explain all the injuries I’ve had, it would take a while. I got a few opportunities in the Premiership at the beginning of last season but my body probably wasn’t quite ready for it and I started picking up niggle after niggle.

“I’ve done my calf and groin, dislocated a thumb that required an operation and suffered a fractured rib as well – all freak injuries I’d never had before.

“It’s pretty tough when you get into that cycle of injuries and never get your fitness where it needs to be.

“Mentally, it’s hard because you get back from one injury, train and play a game or two, then pick up another. But the medical staff were brilliant, they looked after me every day and made sure I was in the right place mentally as I got back up to speed.

“Kevin Morgan, who runs our return to play protocols, did a great job in keeping my morale high  and he’s been a real driving force in me having a positive attitude.

“I’m fit again now and, after putting together a run of games, it’s brilliant Pat’s shown faith in me – I owe him and the club some massive thanks.”

Armstrong’s fitness battle has been aided greatly by two contrasting off-field roles, one of which sees him working with Bristol’s homeless through the city’s soup kitchens while he has thrown himself into coaching at St Brendan’s RFC.

“My work in the soup kitchens was an opportunity that cropped up six months ago,” says Armstrong. “Bristol are very supportive of the community and the homeless, so I was invited to get involved one night and it hit home what the other side of life was like.

“I’d never experienced that before so from then on I’ve been doing two nights-a-week – two hours preparing hot food and drink and another two distributing it around Bristol – and a lot of it is also about just getting out there and talking to people.

“The homeless don’t have a lot of social interaction and they don’t possess much by way of material things, so they just want to have a conversation and when you’re talking to 10-12 people on any given night, it’s really interesting.

“I’ve enjoyed that and, coaching-wise, I’ve been helping out St Brendan’s Old Boys. I’d already done a little bit of scrum coaching with them but when Joe Batley left, I took up a senior coach role with Harry Randall and we’ve had a successful season.

“They are looking forward to having me next season as well now I’ve re-signed. That takes up Tuesday and Thursday evenings with a game on Saturday, so I wasn’t short of things to do while I was  injured.”

Sadly, the global pandemic crisis means Armstrong’s voluntary work is on hold, with the new challenge now being to retain fitness and morale among Bristol’s far-flung squad.

“The most important thing is that we try to stay sane by doing as much as we can to keep on top of our fitness.

“Like most people, we are currently training alone to isolate the risk of spreading any infection.

“We’ve split up the equipment from our main gym so we are on top of things physically.

“And there’s been a big focus on our mentality during this period because it can be quite difficult from a social aspect, so we’ve set up a lot of smaller WhatsApp groups.

“When you’re used to spending each day with 40 mates and all of a sudden you’re sat around doing not a lot other than your own training sessions, the rest of the day looks pretty quiet so it’s important to stay switched on and keep checking on each other.

“We’re privileged because a lot of people out there don’t get the support we do and we’re lucky there’s still a lot of laughing and joking going on.”