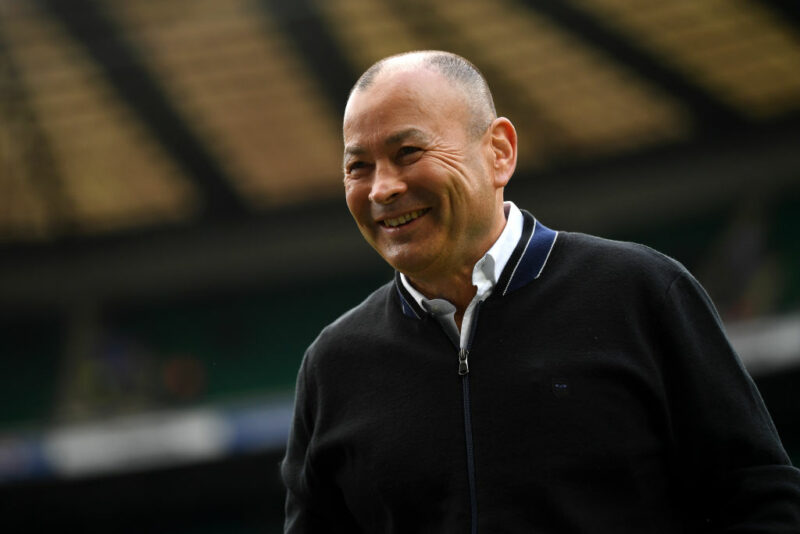 Eddie Jones has agreed an additional two-year extension which will see him continue as England head coach through to the 2023 Rugby World Cup in France.

Should Jones fulfill the length of his contract he will succeed Sir Clive Woodward as the longest-serving head coach in England history.

The Australian’s previous deal was due to expire in August next year, but the RFU began negotiations with Jones soon after he guided England to the final of the World Cup in Japan.

There was not much of a lull for England players after their hearts were broken by South Africa in the World Cup final on November 2, with Jones raising the bar by proclaiming his next aim was to turn England into ‘the greatest rugby team the world has ever seen’.

A point Jones, 60, reiterated as confirmation of his new contract extension was announced.

“The extension is a great honour for me, but in the current environment, it is only right to acknowledge what a difficult time the world is facing.  We are all looking forward to a time when we can get back to playing rugby and use the sport as a force for good in bringing people back together,” Jones said.

“I never thought coming here four years ago I would be doing a second four years but the circumstances are right. Obviously it is important for the team that we keep improving and my focus will be solely on that.

“I am excited about raising the standards again. We have a great team. We set out four years ago to be the best team in the world and unfortunately we missed that by 80 minutes. Now we want to be the team that is remembered as being the greatest team the game has ever seen.

“It’s a big ambition but I believe we are capable of doing it. We have players with an enhanced reputation, we have a team that is expected to do well, so it’s a great opportunity for us to keep moving forward.”

Jones took over the reins from Stuart Lancaster after England’s disastrous group-stage exit at their home World Cup in 2015.

The turnaround was immediate as England redeemed themselves in Jones’ first major tournament, claiming a Six Nations Grand Slam in 2016 – their first in 13 years.

A maiden Test series victory in Australia over the Wallabies followed that summer, with James Haskell named Man of the Series in a 3-0 whitewash.

Armand and Goode have featured two times each under Jones. In their absence has comes clear evidence into how Jones likes to construct his squads based on reliable experienced professionals mixed with emerging stars packed with work rate.

Transitioning veteran flankers Chris Robshaw and James Haskell for new ‘Kamikaze Kids’ Tom Curry and Sam Underhill, while keeping the likes of Dan Cole and Joe Marler part of the pack – persuading the latter to come out of international retirement.

England rebounded from an opening round defeat in this year’s Six Nations to France, 24-17 in Paris, to claim wins over Scotland, Ireland and Wales prior to the tournament’s postponement.

In light of the current economic climate Jones, together with chief executive Bill Sweeney, agreed to take a 25 per cent salary cut to ease the RFU’s financial obscurity.