Home / Club Rugby / I want to be the Bristol No.10 of the future, says Ioan Lloyd

I want to be the Bristol No.10 of the future, says Ioan Lloyd 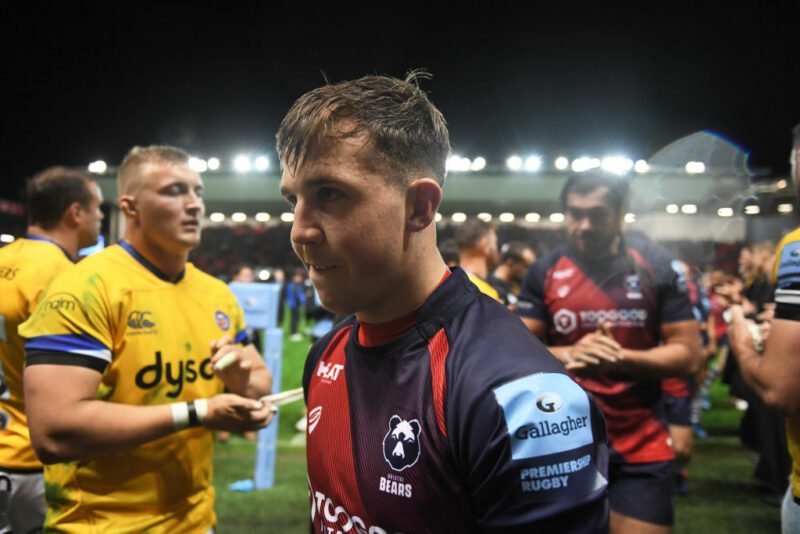 IOAN Lloyd wants to be Bristol’s long-term answer at No.10 and believes he can help lead the Bears to Premiership glory.

The 18-year-old, who can also play in the back three, is one of the best prospects in Europe.

Bristol director of rugby Pat Lam holds Welsh teenager Lloyd in such high regard that former Ireland ace Ian Madigan has been kept out of Bears’ matchday squad.

Lloyd, a dangerous runner from full-back, wants to control games from fly-half and believes that’s where he’s best suited. “In a few games I’ve come on in the back three, but I see myself playing outside-half in the long run – that’s where I train with Bristol,” said Lloyd.

“It’s my first season and I’m still in the Bristol academy. My focus is on breaking into that first team regularly and then I want to start.”

Bristol are third in the Premiership, seven points off league leaders Exeter, with it yet to be seen when the season will resume.

Lloyd sees no reason why they can’t go all the way. “The big thing for us is that this season we set ourselves 30 targets which we tick off every day. I think most of our targets are still alive,” he said.

“We spoke about reaching the top six and playing Champions Cup rugby next season, but we also want to win the Challenge Cup. A top-four finish is within our grasp and then it’s cup rugby. We are confident in our ability to get there.”

With it being his first season in the senior squad Lloyd could be forgiven for feeling a bit overwhelmed at the quality of the players he is rubbing shoulders with. But he is unphased.

He said: “It doesn’t matter if you are a big name player or someone that’s not that well known, Pat will reward you on your performances. There are no preconceived ideas.

“Callum Sheedy is a good example – he wasn’t a big name signing, but he’s been absolutely outstanding for us and keeps getting better and better. Andy Uren is a similar sort of profile. The culture at Bristol is so strong and the coaching is excellent, it really helps all players fulfil their potential.

“Pat is the first professional coach I’ve had and I love working under him. It doesn’t matter if you are an academy player or a 50-cap international he treats you the same.”