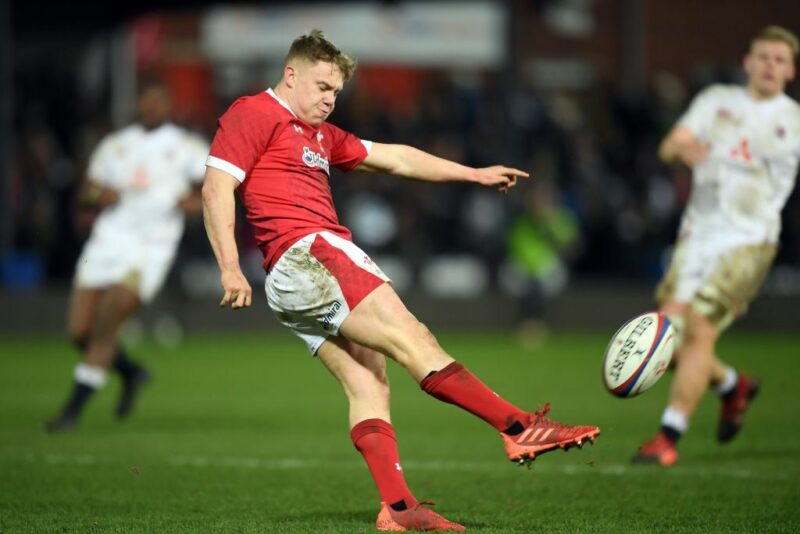 Wales Under-20 fly-half Sam Costelow will leave Leicester at the end of the season after agreeing a deal to join Scarlets.

The 19-year-old, who has impressed at junior international levels for his country, has been training with Wayne Pivac’s senior squad recently and will now return to Wales for next term, as revealed in TRP on January 26.

Moving back to Wales will mean he’s eligible for selection for the senior Welsh team and will hope to challenge for a spot in Pivac’s squad by impressing at the New Zealander’s old club.

The youngster is keen to develop and feels the switch to Llanelli will be perfect for him.

“Scarlets are a really good side who’ve been playing some great rugby which I think will suit me,” he said. “I feel it is the right move for me in how I am going to develop into the player I want to be and also to fulfil the targets and hopes I want to fulfil in my career.

Scarlets general manager of rugby Jon Daniels believes they have landed one of Wales’ rising stars.

He said: “He is one of Welsh rugby’s brightest prospects, highly regarded at Leicester and we are excited to be signing a player of his calibre and looking forward to seeing him develop his game as part of a strong pool of fly-halves at the Scarlets.”

Speaking about Costelow’s departure, Leicester head coach Geordan Murphy said: “We wish Sam all the best as he heads home to Wales to link up with the Scarlets.”

“Sam has contributed to the recent success of our Academy and we thank him for that, as well as his contribution off the pitch as a young man.

“It is, of course, unfortunate to lose a player of Sam’s potential but we are confident in the depth we have at the club already and will add during the summer.”