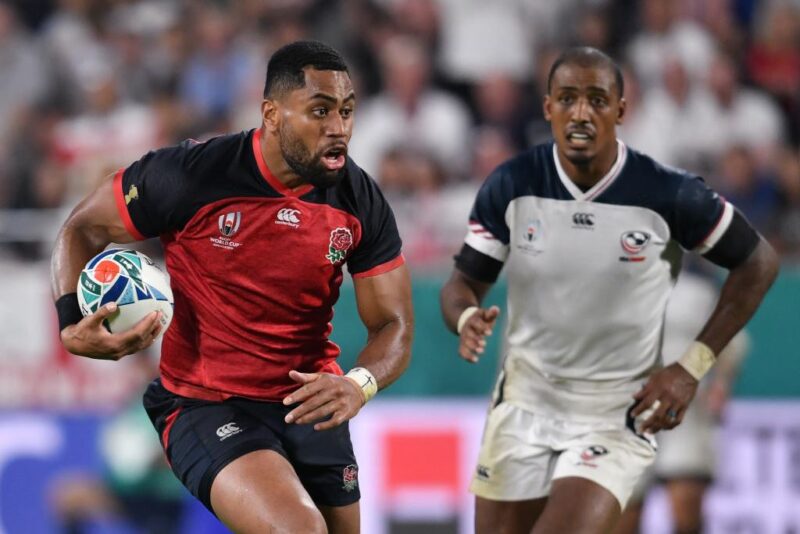 The father of England and Bath wing Joe Cokanasiga has revealed the heartbreak of immigration rules which prevented him from watching his son in the World Cup last year in Japan.

Ilaitia Cokanasiga, a former sergeant in the British Army for almost 14 years, explained to the Guardian how the Home Office had created difficulties for him to travel to Japan where son Joe appeared in England’s 45-7 victory over the USA, in scoring twice.

Furthermore in the ongoing battle, Cokanasiga Snr expressed his dismay at not being able to rejoin his wife in the UK as she prepares to undergo treatment for a brain tumour.

“I feel betrayed after what I did for the army and the country,” Ilaitia Cokanasiga said.

“I talk to my wife every other day, and she cries on the phone. She is very worried. I’m not there and she’s supposed to be having surgery. Everyone in the family is struggling to cope with the pressures of my wife’s poor health. I need to return to the UK to care for my wife.”

As well as nine-Test wing Joe, the Cokanasiga’s also have another son representing England in Under-18s star Phil Cokanasiga.

In his service for the UK Armed Forces, Cokanasiga toured Iraq twice and Afghanistan once.

And for England international Joe Cokanasiga, the treatment of his father by the UK government has been a ‘bitter pill to swallow’.

“Between my father, my brother and I, I believe we have served the United Kingdom in more ways than any ordinary British person,” the Bath star said.

“We have been made to feel that my father has done something wrong, when in fact it is the British army that has let him down. For me, this has been a really bitter pill to swallow.”

The Cokanasigas have broken their choice to keep silent after seeing reports that fellow Fijians who served in the UK Armed Forces face deportation or being told they will not be able to gain entry to the country.

With a number of Fijian armed forces personnel set to take legal action against the issue, Ilaitia Cokanasiga shared how his recent experience had tarnished his pride as a member of the British Army.

“I had immense pride to have served in the British armed forces, and to have both my sons representing England in rugby,” Ilaitia, 48, said.

“I now reflect on my army career with underlying bitterness and my pride at my sons’ rugby careers is tainted by the fact that the British government let our family down.

“I have never done anything unlawful in my life, so to be told that I did not have valid status in the UK was a real blow.”

Visa fee increases for people of the Commonwealth have seen prices jump from £1,051 five years ago to £2,389.