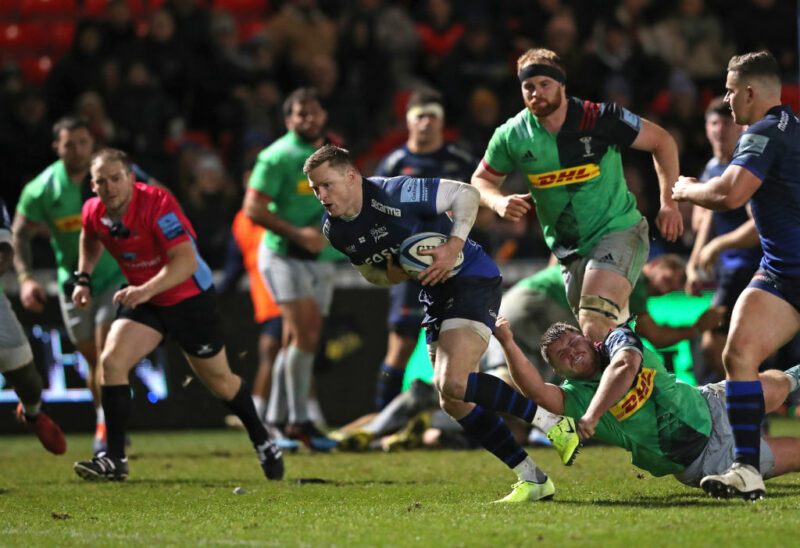 Harlequins have announced Chris Ashton has joined the club following his departure at Sale Sharks.

But in joining Harlequins he moves into an environment with some familiar faces from his time in England camps.

“I can’t wait to get started at Quins,” said Ashton, capped 44 times by England. “It is a club filled with incredibly experienced and talented players.

“When I spoke to Gussy (Paul Gustard) and heard more about the direction the club is going in, and what it means to be a Harlequin, I knew that this was the right move for me.

“I know lots of the lads at Quins, like Danny, through our England careers and years of friendship. I like the look of what Quins are doing, they are growing a strong squad and the foundations for future success are in place.

“I know that I have still got a lot to give on the pitch and I am confident that being at Quins will enable me to continue scoring tries and help me with my aspirations of reaching 100 Premiership tries, beating the current record.”

Ashton sits third in the all-time Premiership tryscorer chart with 86 tries, and head of rugby Gustard revealed in interest in Ashton was immediate having lost out on his signature to Sale two years ago when he left Toulon.

“We are delighted that ‘Ashy’ has decided to commit his future to Harlequins. I have known Chris for around eight years now and he is without doubt one of the most competitive, professional and dedicated athletes I have encountered. His drive to succeed and win is exceptional, allied to his desire to improve and be the best version of himself he can be has always been clear.

“We were very interested in Chris when he was looking to move back to the UK, but unfortunately we were not in a position to compete 28 months ago.

“However, circumstances change and timings can sometimes work in mysterious ways, meaning we were able to get our man.

“We have four of our senior back three players currently unavailable with injury and therefore to bring Chris to the club is a big boost to the squad.

“The Quins supporters will of course be aware of his prowess on the field and let’s be frank, astonishing try scoring record across all competitions and leagues.

“What they will not be aware of is that he is a loving family man with two beautiful kids and will add significant value to our group through his presence. I have no doubt he will also help to drive and develop our exceptionally talented young wings in Cadan and Gabs.”

Ashton could be available to make his first appearance in Quins colours this weekend when the squad travel to Bristol Bears in the Premiership.