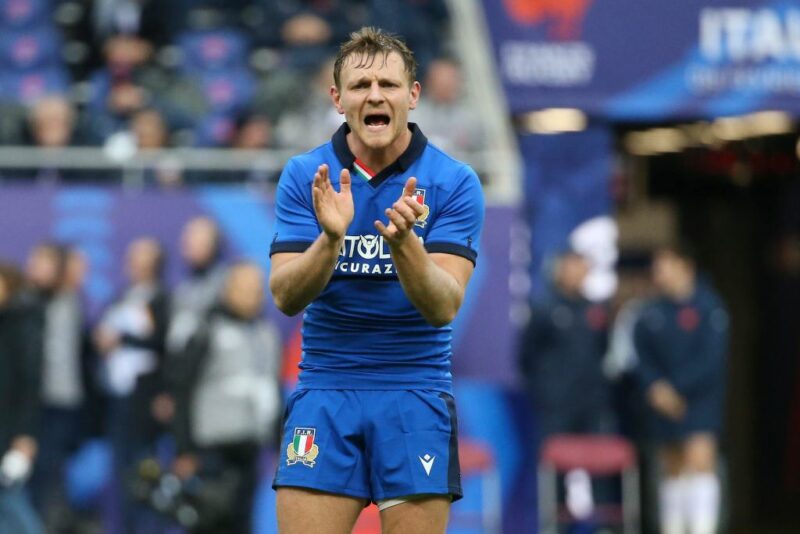 WHILE the race to win this year’s Six Nations is still wide open very few pundits or fans would argue that the wooden spoon will again go to either Italy or Scotland – which makes Saturday’s meeting in Rome a crunch contest in its own idiosyncratic way.

The two teams have accounted for 18 of the wooden spoons ladled out in the modern day Six Nations with only France and Wales gate-crashing that particular basement party and, from an Italian standpoint, this has been the one fixture in which they are consistently competitive.

The Italians have claimed seven wins during that time – including twice at Murrayfield – and on another six occasions have lost by four points or fewer. This is the one fixture in which Italy have no psychological baggage, the one Six Nations match in which they believe rather than hope. They train to beat Scotland while in other fixtures you sense damage limitation or even crisis management.

The flipside for Scotland is that no matter what the circumstances they are always expected to win, which brings its own pressure.

All this seems amplified more than ever this year by various factors, not least Scotland’s urgent need for a moral-boosting victory and the deafening noise caused by what is best termed the Finn Russell affair.

Sidestepping the Russell issue just for a second, this was always going to be a huge season-defining game for Scotland and coach Gregor Townsend who is beginning to feel the heat. Win and they will unquestionably avoid finishing bottom and get a timely boost ahead of testing games against France and Wales. Lose and there will be renewed talk of Townsend’s future and the dire state of Scottish rugby.

To a certain extent that is all a little Groundhog Day but here’s the rub. To lose to Italy with Finn Russell back in Paris sipping a cafe au lait reading L’Equipe in a backstreet cafe would take the controversy to an entirely new level.

Commenting as a mere Sassenach feels like intruding on private grief but here goes anyway. Finn Russell is a very gifted player, his pass against England two years ago was the most perfect pass I’ve ever seen, but generally he’s not quite as good as perhaps he thinks and to these eyes he has disappointed just as often as he impresses. He was a bitter disappointment at RWC2019 when the stage was set for him to shine.

There are some matches – club and country – in which you could compile an outstanding highlights reel from Russell’s contributions but there have been many others when he fluffs his lines and takes the wrong options. He gets hot and bothered and very vocal when a colleague makes a mistakes but tends to shrug and laugh it off when he makes a mistake or some crass play. He can be quite selfish and difficult to play with while also inspired on occasions. In short, Russell should be better and more effective than he is. Just my view.

What we do know for sure is that ultimately he is just one player in the squad, or rather not in the squad, just one individual player in the 149 years of the Scotland national rugby team who should abide by the rules the current squad have chosen to put in place and to which he was invited to contribute.

There is absolutely no grey area on this and Townsend has been entirely correct in his approach. Does Russell really think he is bigger than Scottish rugby and in any position to undermine Townsend so publically ? In Adam Hastings, Townsend has a young prospect who brings a huge amount to the squad at ten, respects the shirt and his colleagues, doesn’t go slagging off the coach in a national newspaper.

Russell needs to apologise before he ever plays for Scotland again and that would apply if Townsend got sacked tomorrow and another coach was in place. He needs to apologise to his Scottish team colleagues and to the Scottish rugby public. He wilfully went AWOL when both badly needed him at the top of his game and you can’t just breeze back in after such behaviour.

So all this will be simmering away in the background in Rome on Saturday and further spice up proceedings.

We learned next to nothing about the Scots as a team at stormy Murrayfield in nigh on impossible conditions last week, so it is their battling performance against Ireland – which looks even better after Wales were distinctly second best in Dublin a week later – that gives modest cause for hope. Their defence was strong, they scrummaged well, they kept going for the full 80 and objectively were unlucky on occasions.

They also gave away far too many penalties and they badly need to work on that. Good sides crack open Italy by never giving them easy outs and periods when the pressure comes off. Keep Italy under the cosh and history shows they soon start leaking tries, often a couple in quick succession.

Italy will, however, be boosted by a very decent display in Paris last week when they scored three tries in their 35-22 defeat and, while never really threatening to win, managed to inconvenience a France side looking to run riot. There was plenty to be encouraged by but still one of two things to ponder.

The Italian scrum is becoming a force again but debutant Six Nations referee Andrew Brace did them no favours by demanding they use the ball at the base of the scrum far too quickly. Italy were looking to work France and go for second and third nudges but were never allowed the opportunity.

The scrums weren’t messy, they hadn’t disintegrated and we were denied the spectacle of a real trial of strength. They will hope Kiwi ref Ben O’Keefe allows more of a contest this time.

The selection of Carlo Canna at 12 is a curious one. You can understand the twin playmaker part of the equation but Italy have also taken to using him as their bosh merchant in midfield and he just isn’t built for that. Canna has been as game and as physical as he is able and tackled well, in fact he has performed well, but it’s a very odd role that Franco Smith is asking him to play. There are other more physical specimens in the squad more suited to the part.

The other major deficiency was an unexpected Achilles hell in their backrow. The trio of Jake Polledri, Seb Negri and Braam Steyn have been running and tackling like trojans and Steyn is also a reliable source of line out ball but collectively, against Wales and France, they have been wiped out at the breakdown in term of turnover and steals.

None of those three fine players seem to have that rubber ball type quality to bounce up from contact and get into that all-important jackal position.

It would be a big move to bench one of those three – or perhaps move Steyn to second row where he has played before – but the best jackal in the squad is uncapped Treviso openside Giovanni Pettinelli who impressed Leinster and Saints in their European games. Would Smith consider such a radical move for such an important game?

The other question in terms of personnel concerns Sergio Parisse. At the start of the year it was announced he would be available for Italy’s two home games but that seems to have shifted a little recently to just the one ‘gala’performance last up against England.

It’s a tricky one for Smith. Parisse is still going well for Toulon and Italy are clearly ball park with regards to Scotland.

His return might be the difference in such a crucial game or it might confuse the picture. If Italy could win on Saturday their season would be made and Smith’s credentials for being appointed the full-time head coach strengthened. We await the decision.