Guscott column: England will need much more to beat Ireland 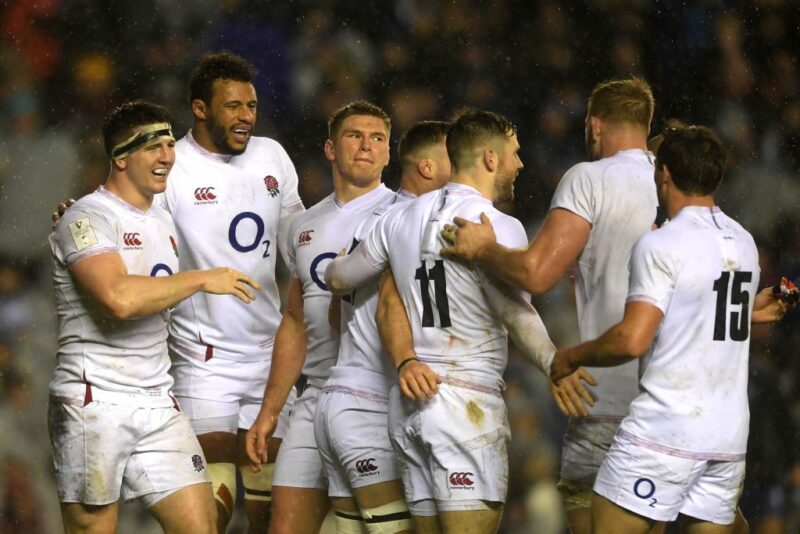 IT was so crucial for England to get the win after last week’s defeat in France that it didn’t really matter what the performance was like – but they will need a major improvement to see off Ireland in two weeks’ time.

The team rose to expectations to keep themselves in the Championship because a second loss would  pretty much have ruled them out.

The conditions were attrocious at Murrayfield but I question why  England couldn’t manage them better than they did? It seems they can be flustered too easily and it was the same last week against France.

Yesterday came down to a simple kicking game and all England really had to do was judge which way the wind was going and then kick with it. There was no point trying to kick against it, yet they did, too frequently.

And there was no point trying to play too much. All that was required was one or two carries to get in position and gain a bit of momentum before putting in another kick for territory. There was just no point trying to go through any more phases than that because the risk of dropping the ball was too high in those diabolical conditions.

With Willi Heinz, George Ford, Owen Farrell and Elliot Daly in the backline they had more than enough kicking options to put the ball into space, and behind the wingers, and then form a line of defenders with sweepers in behind to cover all eventualities.

But I didn’t get a sense from England that they had that area  all-court covered. At each breakdown England should have had Ford and Farrell on either side of it to give options on which side of the field to kick, but it seemed they went through their normal strategy as if it was dry weather.

Too often they looked rushed and harried. Happily, the occasion that they needed to be calm for, Ellis Genge’s try, saw them keep cool heads; a  decent pick and go from the scrum, then sweep over and Genge crashed in.

From that moment on they played with greater control and kicked better, which forced Scotland to play – and they made errors.

In conditions like that there’s no real indication of which players are playing as well as Jonny May did in the Paris sunshine and I  hope it’s better weather at Twickenham for the Ireland game.

But they will need to cope with a fierce Ireland defence not too dissimilar to France last week. In Paris they weren’t able to work out on the move how to nullify the blue shirts flying at them.

The quickest way to do that was to put in kicks behind and not just give them targets, yet time after time they passed the ball one out and got the ball carrier – whether it be Courtney Lawes, Kyle Sinckler or Maro Itoje – lined up by two Frenchmen and smashed back.

On the two occasions they did score – May’s kick ahead and beautiful gas to finish and then his second, where he skinned four defenders – they did well to get the ball to the edge with well-crafted moves. But overall the decision making wasn’t where it should have been, nor was it yesterday.

In the Murrayfield conditions you need a more pragmatic performances whereby you do the right thing at the right time and play with control.

England should have bored the pants off Scotland by just kicking it at them and forcing them to run it back, which would have got the crowd against them and forced them to run even more and make more errors. Ford’s dink over the top in the build up to Genge’s try would have been an average kick in dry conditions but in the wind and rain it was very good, and even better that Stuart Hogg let it run and conceded the 5m scrum.

The win was what mattered but it wasn’t such an overwhelming display that you think England are in a good shape going into the Ireland game. So far, Ireland look the most together team – in their defence, attack, set-piece and kicking. They look very well organised and, unlike England, don’t look flustered. Scotland pushed them hard in the second half of their Dublin match but against Wales they were very sharp.

England will have the home advantage, which has helped Ireland in their opening games, but the teams look pretty evenly matched.

England could be rattled because they are not commanding at the moment. Nothing we’ve seen suggests we will witness one of those commanding performances at Twickenham, but that could very easily mean it’s the time they go out and produce it!

I was in Dublin on Thursday and all the Irish supporters I spoke to were wary of Wales, fearing defeat because of the 42-0 win against Italy last week and Ireland falling behind in the second half against Scotland. But Ireland won comfortably and it would take a brave person to say without doubt that England are going to win at Twickenham.

It was a gritty performance at Murrayfield and the team did well to find a way to win, but they are going to have to show so much more against a better team. They’ll need to produce more than than just passing the ball one out and trying to smash through a hardened, well organised defence that will hold them up and get turnovers.

Ireland are a smart team and the only way England will beat them is if they find a performance like the one they did last year in Dublin – or in the quarter-final and semi-final  at the World Cup.

If they don’t find that intensity they will lose. They’ll need one of the best performances we’ve seen from them.