Italy lined up Franco Smith for months to replace O’Shea 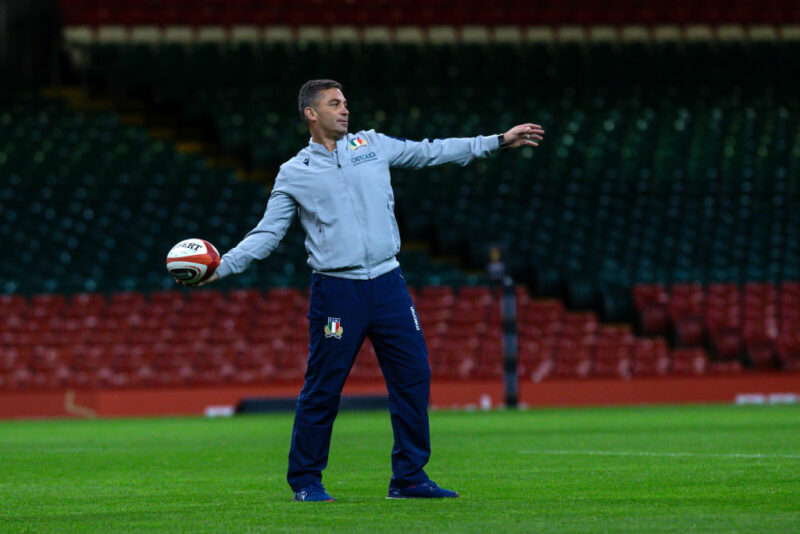 The appointment of Franco Smith as Italy’s interim coach is not an easy one to get your head around but then again the South African has never been an easy man to pigeon hole.

The ‘interim’ bit suggests sudden panic, chaos and make do measures after Conor O’Shea bailed out after three unsuccessful seasons in charge, yet Smith’s appointment was being reported – accurately as it transpired – by the South African media way back in May fully six months before O’Shea confirmed he wouldn’t be seeing out his contract.

The reality is that Smith’s appointment was considered and planned but why the suggestion that it might be for just one season? Are Italy looking for another big gun or have they suffered enough already for chasing the big names, some of whom have zero understanding of Italy the nation and empathy with  Italian rugby.

Are the Italian Federation in fact boxing clever here? Although not a massive name  –  far from it – Smith is a very good coach who played and coached in Italy for over a decade, is fluent in Italian, understands the psyche and against the odds he might just be the man for the job. In which case a longer contract might be forthcoming at the end of the Six Nations. By my reckoning one win would make that likely, two would guanatee it.

Smith, from the diamond mining town of Lichtenburg, is something of an enigma. Dapper, rather Italian actually, incredibly fit and strong – he was a real tough case as a player – yet a hugely committed Christian and family man given to constantly retweeting the religious musings of an American evangelist called Joel Osteeen.

Back in the mid and late 90s Smith was going to be the next big thing in South African rugby, but it never quite worked out with injuries at bad times and a surfeit of good fly-halves and centres vying for Boks honours. He won nine caps, lost only once and can look back on back-to-back victories against New Zealand in 1998 but he became one of those South African journeymen we recognise and eventually pitched his camp at Treviso where he enjoyed the rugby and loved life.

As a player for four seasons he had his moments – he and scrum-half Alessandro Troncon basically ran the team – and in 2004 there were back-to-back Heineken Cup wins over Bourgoin and a home victory over Bath for good measure. It remains their best ever showing in Europe. A promising young No.8 throughout his first three seasons there was a certain Sergio Parisse.

After retiring and working as an assistant with the Free State Cheetahs for two years, he returned to Treviso for a seven- year coaching stint which established him as a major grass roots figure in Italian rugby. When he arrived Treviso, remarkably, had only one player in Italy’s 2007 World Cup squad. By the time he left they regularly had nine or ten players in the starting team. Smith knows Italian rugby better than any of his predecessors.

After leaving Benetton he returned to the Cheetahs and last summer led them to victory in the Currie Cup. Smith is a coach on a roll and he will take that confidence into a challenging campaign. Under O’Shea – and with the also departed Mike Catt working as backs coach – Italy did begin to develop some continuity and creativity among the backs but  it came at the expense of their old forward power and mongrel up front. Italian packs don’t frighten anybody anymore.

“We want to find or rediscover out DNA and play to our strengths,” insists Smith.  “There has been a lot of good work done through the Conor O’Shea era that we can bounce off. For us to aim to beat sides like Scotland would be a misinterpretation of what we are trying to do. We want to be at our best as quickly as possible against every side.”

The first issue Smith had to deal with was the retirement of his old Benetton colleague Parisse who was deprived the send-off Italian rugby wanted when their last World Cup pool game against New Zealand was cancelled. Earlier this month it was announced he would play in Italy’s two home games in this tournament although it seems that might now have been refined to the final match against England.

Smith says: “Sergio will form part of the last part of our campaign. Lots of people think it’s a last opportunity for him to say goodbye but that’s  not our approach. He wants to contribute one final time, he wants to have a very good game and leave a foot- print as an example.  The challenge for him is to be best he can be for one last time in an Italian jersey.”

Aside from finessing the Parisse farewell the most pressing issue for Smith is to get that pack back firing and especially the front five. He has made fiery hooker Luca Biga his captain and that might help but where are the monster props like Salvatore Perguinni, Andre Lo Cicero and Martin Castrogiovanni and where are the locks of the stature of Marco Bortolami and Carlo Del Fava?

There is plenty of back row talent from Jake Polledri downwards and a very decent crop of U20 internationals coming though – the U20s recently beat world champions France in a warm-up friendly for the junior Six Nations – but putting it altogether is proving elusive. We will not see the best of Tomaso Allen, Matteo Minozzi, Edorado Padovanni and Mattia Bellini until the Italy forwards start rumbling again.