Eddie Jones to take charge of Barbarians in clash with Fiji 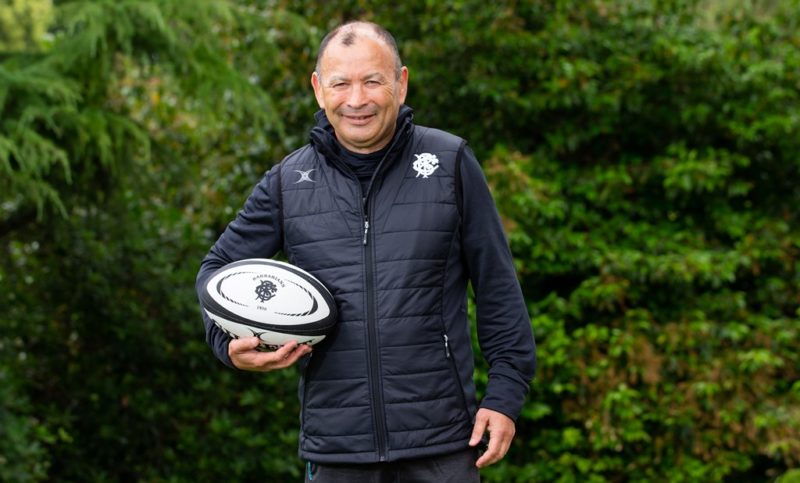 England head coach Eddie Jones will take charge of their Barbarians for their match with Fiji at Twickenham in November.

Come what may for England at the Rugby World Cup, Jones will turn his attention to the Barbarians who will face Fiji two weeks after the final in Japan.

It is the first time the Australian has been called to coach the Baa-Baas, and he will do so at the home of English rugby on 16 November.

Jones also worked alongside Jake White as assistant coach for the Barbarians when they played Australia in 2008 in the first rugby match to be held at the new Wembley Stadium.

Fans can expect to see Jones lead a team containing a number of this year’s Rugby World Cup stars, as they pull on the famous black and white shirt to play a Fiji side who will be looking to create an upset in their World Cup pool which includes Australia and Wales.

Eddie Jones commented: “It’s a huge honour to be invited to coach the Barbarians. The club perfectly embodies the values and traditions of the sport and fans can expect to see an exciting match between two sides who like to play end-to-end running rugby.

“2019 is a massive year for international rugby and I’m looking forward to returning to Twickenham after a successful World Cup campaign to coach a Barbarians team containing some of the stars of the tournament.”

Tickets are on general sale now from www.ticketmaster.co.uk/barbarians with a special early bird offer and 50% off top price adult tickets for a limited time only.