You haven’t heard the last of Spain, insists Jaime Nava 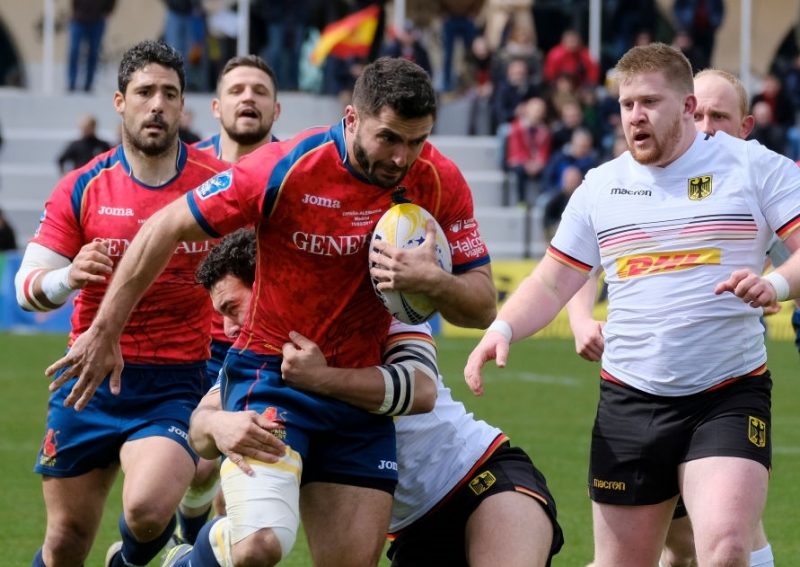 SPAIN captain Jaime Nava insists his team will bounce back stronger than ever after the events of the last three months which has seen them stripped of the chance to play at the Rugby World Cup in Japan next autumn.

The Spanish – along with Romania and Belgium – have been thrown out of the World Cup after being found guilty of fielding ineligible players in the qualifying tournament.

Spain also had five players banned for their part in a post-match fracas after the Belgium game when they turned on Romanian referee Vlad Iordăchescu after his questonable display in the game they needed to win to secure automatic qualification.

“It’s a blow but we are not defeated,” insists Nava. “It will take a month or two to absorb the blow, but what we must remember is that Spanish rugby was in a very good place before the match in Brussels. The game is building well, we have staged Top 14 finals in Barcelona and a European finals weekend in Bilbao which some predicted would be a poor venue when in fact it was excellent.

“The Royal Family is taking an interest in the game, we have had two sell- outs for those last two home World Cup games and we are going nowhere.

“An appearance in the World Cup finals might have accelerated our development but our failure to get there now will not stop us. We will continue to grow and the 2023 World Cup in France is now a massive objective for us.”

Talking of World Cups, why not check out the odds for this summer for Russia World Cup 2018 betting

Agonisingly for Nava he was injured and missed the contentious Belgium game. A centre turned No.8, he made his Test debut way back in 2002 and at 35, and having won 77 caps, this was his last and only opportunity to play in the World Cup finals.

“We re incredibly disappointed because there seems no justice in this, the process seems to treat countries very differently,” Nava told The Rugby Paper.

“The guys who were ruled not eligible are fully qualified via grandparents; it is a geographical fact that there are large numbers of Spanish heritage people in certain parts of France. They have a loyalty and passion for the team, everybody there pays for the privilege of playing Spain. Nobody is an opportunist.

“We are not trying to cheat the system, we are trying to represent our country. We acted in good faith. We made many enquiries over a period of years before capping the two players.

“We checked with France and Rugby Europe that neither had been captured and when they played there were no objections. U20 internationals play for all different countries all over the world. World Rugby says that they should never be captured, that it is junior rugby. What can you do?

“It’s confusing but througout this whole process I have tried to tell my team and everybody in Spanish rugby that we must not look at other nations and what they do otherwise you become bitter and you move the blame. We must be content with our process and be responsible for it. We are in charge off what we do.

“But it is difficult when people and Spanish media ask me: ‘Why are other bigger teams with money allowed to buy who they want from whatever country they want regardless of nationality and loyalty? Why is it that only the smaller teams trying to operate within the eligibility regulations get made an example of?’I have no answer, it just seems that the rugby system has always run like this and as a smaller nation we have no say in the system.”

One of the few positives to come out of the saga is the massively increased profile the game has secured with regular reports and updates in all the mainstream papers. In fairness Spain’s exploits before the infamous Brussels game has already started that process and Nava – who recently starred in Spain’s version of Master Chef – is determined that Spanish rugby continues to make news for more positive reasons.

“I don’t know who our next Test opponents are at home – everything has been changing all the time this season – but one thing is for sure. There will be a full house in Madrid and Spain will give one of their very best performances in our history.

“All our players in Spain must work harder and develop and our players in France must not lose heart. And those with Spanish qualifications who have hesitated before – and there are many – must now step forward and commit fully to the cause.

“I am getting old and there will never be a World Cup for me but I am going to play for one more year and hope to be picked for Spain again. I don’t want my international career to end like this. One thing I can promise you, you haven’t heard the last of Spanish rugby.”