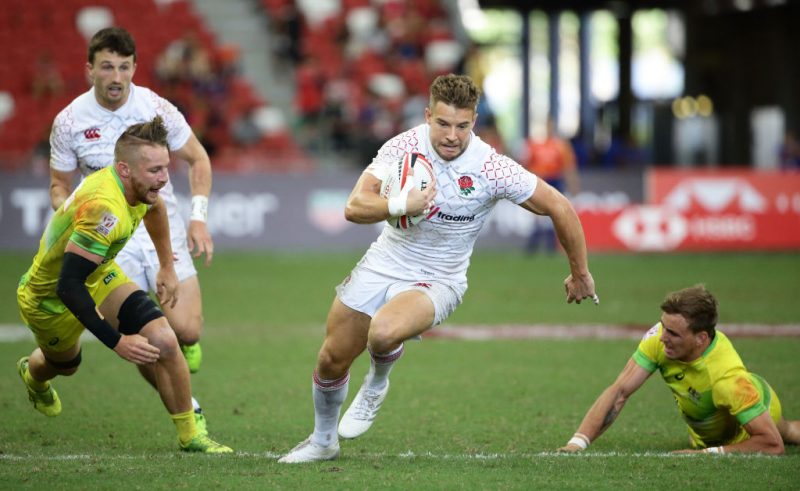 England captain Tom Mitchell has said Sevens can provide another way of showing the best of rugby to new audiences much like the Twenty20 format in cricket.

Marking his 50th tournament on the World Rugby Sevens circuit this weekend at the London 7s at Twickenham, Mitchell affirmed there’s no event that holds more excitement for him than coming home to HQ.

“I think the main thing for us players, what we feed off, is just the buzz,” the 28-year-old Olympic and Commonwealth medallist commented.

“If people are there to enjoy themselves then as far as I’m concerned that’s a brilliant thing. I love the fancy dress, the more creative the better and that certainly adds to it.”

Fiji and South Africa are battling at the top of the standings to win the Sevens Series title for 2018, as England await their first event victory having claimed the Bronze medal last time out in Singapore.

And with Kenya re-emerging after a couple of years of under-performing and a Sevens World Cup set to be hosted in San Francisco this year, Mitchell can continue to go from strength-to-strength in offering an alternative to the 15-a-side game.

“We’ll end up with other Sevens tournaments, whether they are international or professional leagues being developed. It might be an avenue where both things [Sevens and 15s] can work together. A bit like Test cricket and T20.”

Of his own personal milestone, the England skipper recalled making his debut in Wellington back in 2012.

“I was really uncomfortable; I didn’t know what to do, I’ve never really celebrated, I’d like to be one of those people who have a celebration in the locker for every situation, so when I scored, if you watch it, I look really awkward as I don’t know what to do with my arms,” Mitchell said.

In 2017, Simon Amor’s side lost out on winning on their home patch in the final against Scotland, who made it back-to-back victories in London.

Aiming to go one step further this time around in the penultimate event of the series, England have been drawn in Pool C alongside Kenya, USA and France.