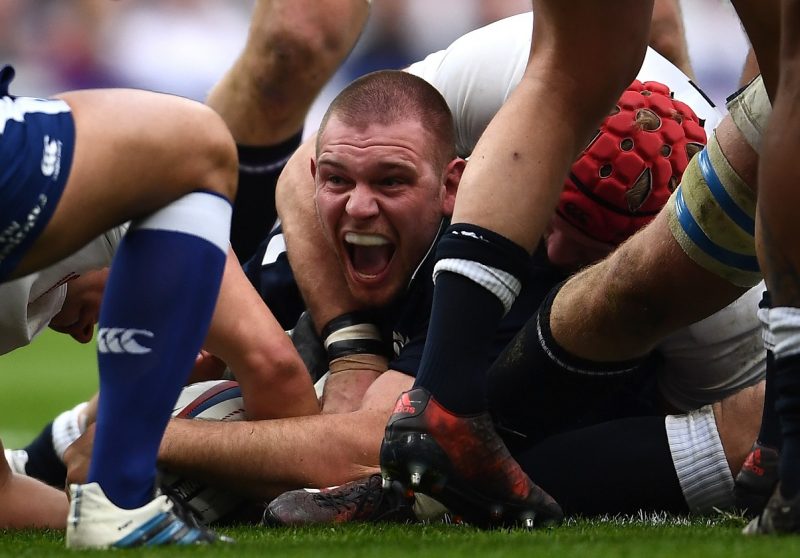 Fit-again London Irish prop Gordon Reid has vowed to put his concussion strife behind him as he bids to reclaim his Scotland place from surprise package Darryl Marfo.

Reid has been a Scotland regular but suffered head knocks in the early part of this season, enabling Edinburgh rival Marfo to steal a march during a November series that saw Gregor Townsend’s exciting side impress against Australia and New Zealand.

Reid, 30, told The Rugby Paper: “Darryl’s come in and done well and there’ll be other guys coming back from injury as well. It’s not good for me because it means more people in my position, but it’s great news for Scottish rugby because we need strength-in-depth.

“Scotland’s on the up under Gregor and, having played under him for many years at Glasgow, I want to be part of that team in future. But my focus isn’t on Scotland now, it’s on playing well for  London Irish and helping this team get back to winning ways.

“If I play well for Irish other rewards will come, but after the frustration of missing three months recently through concussion, I just want to get out there again.”

After proving his fitness against Gloucester, Edinburgh, and yesterday against Stade Francais, Reid is ready for this weekend’s relegation showdown at Worcester.

Reid, who arrived from Glasgow in July, said: “We knew this season was going to be hard but that’s what I signed up for when I left Scotland. We knew it would be a challenge but we still believe in ourselves and if we can edge some wins we’ll be flying.

“We proved against Bath and Wasps recently that we can compete with top teams and we’ve got a run of Premiership games now where, if we can get the win against Worcester on Friday and then bounce into Newcastle, we can create some winning momentum.”

Beyond that, Reid aims to be part of a Scotland squad that he believes can take the Six Nations by storm and claim a first title since the old Five Nations was won in 1999.

Reid said: “We beat Australia in Sydney in June and the boys followed it up last month, so if something’s going to happen for Scotland it will happen now under the coaching team of Gregor, Dan McFarland (forwards) and Matt Taylor (defence).

“Gregor’s attention to detail, his superb analysis and his ability to visualise space and plays to run against different teams is what really singles him out, and as coaches the three of them gel together well and everything’s geared towards the same end.

“Recent results show Scotland are definitely taking steps in the right direction and while England are phenomenal at the moment and Ireland and Wales are strong, if we can maintain the progress under Gregor we’ll be good Six Nations contenders.”