Varsity women’s preview: Oxford will go on the attack to defend crown 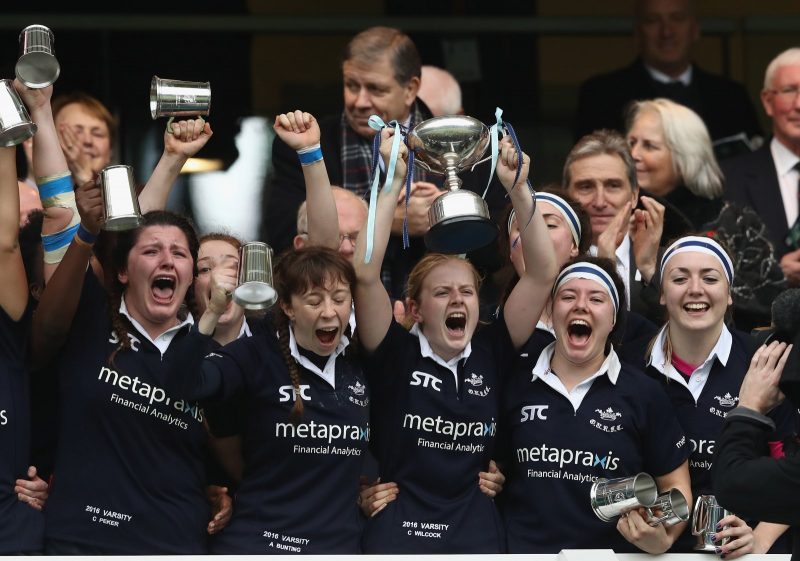 Oxford were shock 3-0 winners of last year’s Varsity match when they produced a defensive performance to rank with the best seen at Twickenham but are hoping to display a little more of their attacking talents in defending their title.

In 2015, in the first women’s Varsity match staged at Twickenham, Oxford had slipped to a humiliating 52-0 defeat to Cambridge and the next 12 months were devoted to expunging that memory. Unbreakable in defence, they completed the job  with a penalty from fly-half Catherine Wilcock.

“To win last year was incredible, but it was made all the better by the fact that a year earlier we had stood on the same pitch at the end of the game having conceded eight tries and been beaten 52-0,” said skipper Sophie Behan, who will lead the side from No.8.

“Things have changed dramatically at Oxford and the win at Twickenham last year has played a big part.

“Our first pre-season training session was insane –  we had 30 plus athletes who had all played rugby before. In my first season we were having to introduce people to the ball, the laws and the game – run forward, pass backwards. We are at a whole new level this season and loving every minute of it.”

Their defensive performance that day almost had their coach, the 2014 England World Cup winning coach Gary Street, in tears, but this time round he is hoping to show the other side of his side’s game. 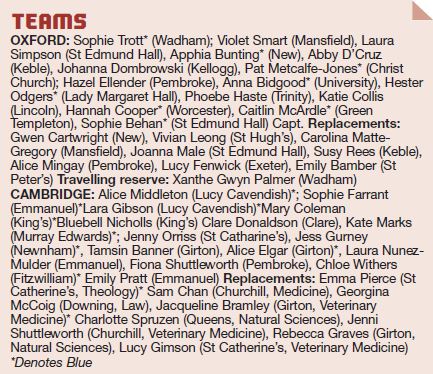 “The effort that the players put in last year was unbelievable and I was so pleased for them. It really was an extraordinary defensive effort and I have to admit I did get a bit emotional,” says Street.

“But I hope people can see more of what we can do in attack this year. We haven’t played Cambridge this year so it is difficult to gauge where we are against them.”

Cambridge are captained by Lara Gibson, one of 12 returning Blues, and they have been in impressive attacking form this season running up some huge scores during their BUCS campaign.

None of which will count for much unless they can find their attacking feet against the Dark Blues like they did two years ago.

One of the highlights of the game should be the match-up between the winners of the ‘Pegers-Bunting Award’ for the player of the match in the past two seasons – Cambridge full-back Alice Middleton and her opposite number Sophie Trott.

Last year the Cambridge men’s team had twins in their side, in Lola and Lare Erogbogbo, and this season it is the women’s squad that can boast that distinction.

The Welsh duo of Fiona and Jenni Shuttleworth, who learned their rugby at Olchfa Comprehensive School, have both fought their way into the squad. Fiona starts in the back row and Jenni is among the replacements.